Confessions are dicey things, as that poor lady from Kerala found out recently: she confessed her peccadilloes to her priest, who then used them to blackmail her into having sex with him. The police, I’m told, is now extracting a few confessions from the priest himself, without the benefit of any sex. They will presumably now have a freer hand to do so, what with Section 377 no longer being an offence. Notwithstanding this particular experience, however, confessions do have a cathartic effect on the soul. As Stormy Daniels said: ” You have to get it off your chest.” Now, she does have a lot on her chest, but CNN International and most of the Washington press are these days spending all their time attempting to find out what, or who, the “it” refers to. It can’t be that intimate ladies’ garment because she can’t bear them. “It”, therefore, could only refer to either that US$ 130,000 cheque or to Donald Trump: one is an asset, the other an NPA by all accounts if her forthcoming book is to be believed. 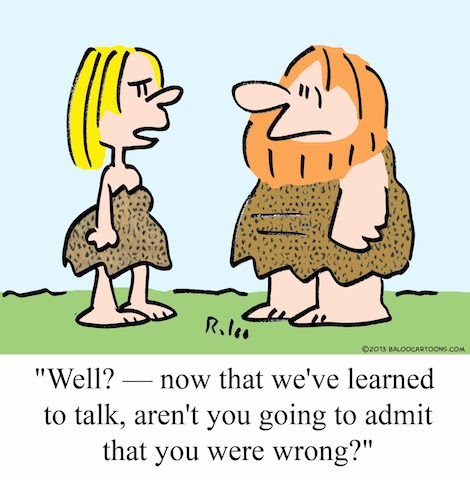 So I’m going to take a leaf from her book, as it were, and make some confessions of my own. I hate going to wedding receptions, and it’s not just because I know the couple will be divorced in ” > 12 months but < 18 months” as my Axis Bank fixed deposit table would put it. There are other reasons too.

Any reception in Delhi has to be held in a farm house in Chhatarpur or Jarokri, about a million miles away, and one has to spend the whole night on the road. The farm house itself is probably being used illegally for commercial purposes (Tivoli Gardens was sealed on Friday) and the police could raid the bloody place at anytime. You may well find yourself on the front page of Hindustan Times the next day, your mug covered (unsuccessfully, of course) with a Blender’s Pride napkin, referred to as “the suspect”. So I’m generally tense at these shindigs and hence spend all my time looking for the washrooms which are full of guys (and gals) smoking, since they are not allowed to smoke anywhere else. I haven’t tried the transgender loos yet but I’m quite sure they would be shooting Malana Cream in there. The whole ambience is claustrophobic.

I’m a stickler for punctuality: if St. Peter were to summon me to the pearly gates at 10.00 AM (I myself would prefer the evening prime time slot so I can get a break from Arnab Goswami, the “news anger” as a Malyali friend puts it), I would be in his ante room at 9.45 AM, with my biodata, PAN card and Aadhar card. Those who don’t know me too well may think I’m hastening to get away from my wife, but that would be unkind to her; in sharp contrast to Stormy Daniels she has always told me: “Don’t be in a hurry, dear, I can wait.” But coming back to wedding receptions, I always reach at the appointed hour, only to find that the bride is still at the hair dresser’s and the groom at his bachelors’ party. By the time they arrive I’m ready for bed and my wife sleep walks me through the rest of the proceedings. But what really gets my goat is the issue of the “gift.”

I never know what, or how much, to give: myrrh, incense, a Trojan horse, an Amazon gift voucher or what. In India no one gives out of love, the whole process is transactional – render unto Caesar (or Mr. Moudgil) what he had rendered unto you when your son got married. This was a cinch in my parents’ time: everyone maintained a little diary where such details were assiduously noted down and the givee returned to the giver the exact same amount, indexed for inflation as in the Capital Gains tax. Nobody in his right senses maintains a diary nowadays, however, after the Jain havala diary case, lest the CBI or ED get hold of it, tax you on what you have received and ask you to explain what you have reluctantly dished out. So one has to untangle this historical thicket oneself, notwithstanding the onset of dementia: did the blighter give you Rs. 101.00 or a Rolex watch? I always get it wrong, but not as wrong as this leading Delhi lawyer some years and one divorce back. He arrived at my son’s wedding at the Asiad, handed over a cheque for Rs. 15000, had himself photographed (as proof, no doubt) and disappeared. None of us knew him from Adam. Discreet inquiries revealed that he was actually meant to attend the wedding of the son of a Congress neta on the adjoining lawns, mistook the venue and unwittingly bankrolled my son! I hope he does better with the courtrooms.

I always give cash, the recycled Diwali gifts having been exhausted since nobody gives me Diwali gifts after my retirement. The actual handing over of the envelope to the couple is a traumatic process for me, reminding me of the time I had to hand over an envelope containing the (then) handsome sum of twenty rupees to the Excise inspector at the Tunuhatti barrier in Chamba in 1977 for allowing me to bring in some newly purchased furniture from Pathankot. I had just joined at Chamba as SDM on my first posting and the barrier, unbeknownst to me, actually came under my jurisdiction! The next day the Inspector bowed himself into my office, rear end first, and returned the twenty rupees, having no doubt been told that he had out – Heroded Herod himself. As Shakespeare did NOT say: the quality of the payola is not strained-it is twice blessed, blessing both the giver and the taker. And so I’m personally grateful to Modiji for his digital efforts: wedding hosts have now started keeping POS and swipe machines near the gates; one can quickly swipe the card and make a hasty exit. And things are getting better: some intrepid souls have now started giving QR codes on the wedding invitation card itself – one click with the smartphone and the deed is done! Nowadays, of course, the cognoscenti are giving jerry cans of petrol and baskets of vegetables, with pride of place occupied by the humble cauliflower which costs Rs. 120 a kilo. Scotch is out these days since most of what is available in Delhi is bottled in the Barapullah drain below the flyover. More innovations are reported to be in the offing: I learn that Mr. Jaitley, not happy with Mr. Ravi Shankar Prasad hogging the limelight on the Triple Talaq ordinance, is now proposing to do his own little bit for strengthening the matrimonial bonds. He is coming out with an issue of Matrimonial Bonds (on the lines of Electoral Bonds) which can be gifted to the couple. They can only be encashed jointly, with a minimum block-in period of ten years, thus ensuring that the marriage lasts at least that long. Financial experts are of the view that a Matrimonial Bond is not a good investment because it will start with a rating of XXX (like in the movies) but over time decline to SOB. Others, however, opine that they are a good investment as they will reduce the physical (pronounced “phiscal”) deficit and bring calm in the bedroom-oops, sorry, boardroom. Nonetheless, the BJP expects to win the 2019 elections on the dual plank of the TT ordinance and the M Bonds by hoovering up all the female votes, since nothing else seems to be working for them except Mayawati’s tantrums.

After this exhausting confession I ‘m already feeling much lighter. I realise, of course, that I’m not likely to be invited to any more weddings but as Stormy Daniels, the budding poet, stated: ” You win some, you lose some, but it’s great for your bosom.” Do excuse me now, I believe the Bishop of Jalandhar is on the phone, wanting some tips on confessions……