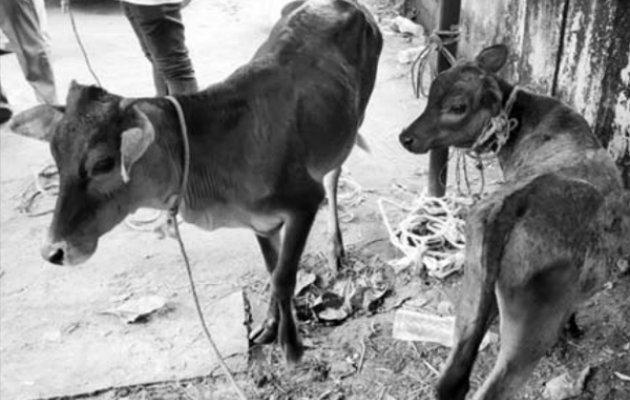 Dehra Dun : Speaking at the sidelines of a function, chief minister Trivendra Singh Rawat said that no abattoirs would be allowed to come up in Uttarakhand, adding that he had instructed the Hardwar district magistrate to cancel the order allowing a construction of a slaughter house in the district.

The chief minister said that despite the Uttarakhand Protection of Cow Progeny Act, 2007, which pertains to the protection of animals of the bovine family, being in force in the state, it was shocking that a slaughter house had been approved by the previous government.

He claimed that not only the Hindus, but people of other religions also regarded cow as their mother. Even in our religious texts, cow has been given the respect of a mother and it is our duty to save them and Uttarakhand is the only state in the country to have a special squad to check cow slaughter and sale of beef. he added.

Incidentally, tourism minister Satpal Maharaj had recently supported the ban on cow slaughter in the state. “Uttarakhand is dev bhoomi and we all regard cow as our mother and worship the animal. We should not allow the construction of a slaughter house and I am not in favour of blood of animals being spilled in the land of the Gods”, he said.