Editors of newspapers and magazines today are more like censors, toeing the political line of their proprietors, dishing out packaged meals - the customer has no real choice. Television anchors are cacophonous megaphones of the powers that be, but do not see. This is where the blogger comes in - not subject to any editorial restraint, or the tyranny of TRPs or readership numbers or commercial imperatives, he can record things as he sees them and speak from the heart. He may be right or wrong, but the reader at least gets a frank opinion, and can make up his own mind, not have it made up for him by a slanted news item or a mercenary advertorial, 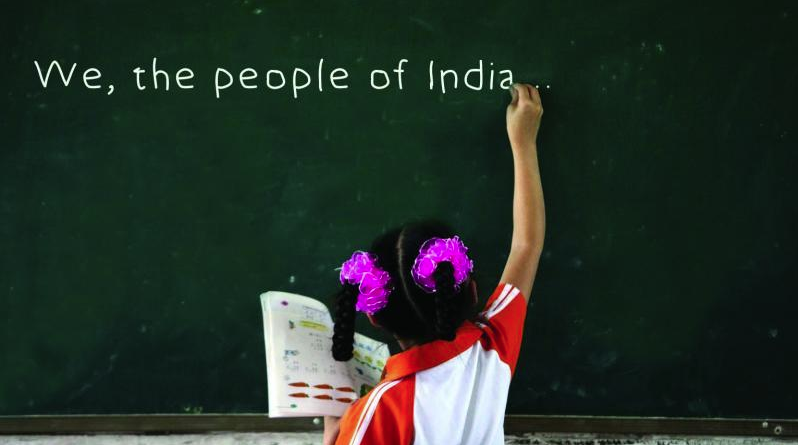 This piece is a personal milestone for me – it’s my 200th blog ! The first was posted exactly five years ago, on the 1st of July 2013, and it was titled, ironically in hind sight : “Why I shall support Modi in 2014.” I must confess that my political allegiance (NOT values) have changed considerably since then, for there is much in the present dispensation that I find disappointing, alarming and even sinister. Five years after all the hope expressed in that blog I am still having my moment of “deja poop“- the feeling that the same familiar shit continues to happen. But I will not talk politics today and spoil the moment.

A famous author once said that short story writers do not need to write autobiographies – their stories themselves contain all the elements of their lives. This, I feel, is equally true of bloggers: if you blog for long enough, and if you are honest, you reveal – or expose yourself fully to your readers – your past, experiences, views, passions, likes and dislikes, concerns. There is also an unfortunate tendency to occasionally mount a pulpit and deliver sermons, but that too is okay – far too many people remain silent when they should be speaking out. This is particularly true today, when silence is not an option for anyone who cares about the nation. Social media – 140 characters on Twitter , WhatsApp and Instagram, or the ubiquitous emogee – is not enough, though they may be a beginning. The blogger is the new chronicler of today’s events, a Charles Lamb or a Samuel Pepys, even an Anne Frank, for mainstream media has lost all credibility and the rest of the social media too is held hostage to fake news and trolls. Editors of newspapers and magazines today are more like censors, toeing the political line of their proprietors, dishing out packaged meals – the customer has no real choice. Television anchors are cacophonous megaphones of the powers that be, but do not see. This is where the blogger comes in – not subject to any editorial restraint, or the tyranny of TRPs or readership numbers or commercial imperatives, he can record things as he sees them and speak from the heart. He may be right or wrong, but the reader at least gets a frank opinion, and can make up his own mind, not have it made up for him by a slanted news item or a mercenary advertorial, the type so valiantly exposed recently by Cobra post. The blogger is the last bastion of free speech.

Free A lot of muck has flown under the Yamuna since my first piece (the waters have been held up by Haryana). I have had to relocate from my beloved cottage near Mashobra to a Delhi I detest, for purely personal reasons, but I have made my peace with this. My younger son has made a remarkable recovery from a horrific accident and today is the biggest source of strength and fortitude for me. My pension has doubled, and I am therefore not at all surprised at Mr. Jaitley not being able to meet his fiscal deficit targets. My older son has changed three jobs and two cars in this period – a sure sign of upward mobility ! Mr. Virbhadra Singh is being dragged into the sunset, screaming and cursing – he thinks it is a sonrise. During this period I have lost my father and at least three close friends, intimations of mortality perhaps. My proximate colleagues have all retired, though some continue to cling on to sinecures that have no meaning except to delay the inevitable. Never much of a religious man, I have now discarded even the traces of it, though I have not officially renounced the good Lord. Considering my age I have heeded the advice of Groucho Marx on his death bed: this is not a good time to make new enemies!

I had initially thought that I would limit myself to writing on environmental matters (my first interest) but soon realised that, as a conscientious citizen, one could not stay insulated from all else that is happening around one. And so I also ventured into other areas: politics, governance, legal affairs, basic economics, social issues. Happily, I soon made two discoveries: one, that satire, sarcasm and tongue-in-cheek humour is a more effective form of criticism than a punch in the face; and two, that the bureaucracy is the mother lode of humour and raconteuring. So I have dug deep into my thirty five years of dubious public service and found quite a few nuggets to share with the reader, though I feel that it has cost me the friendship of quite a few erstwhile colleagues! Naturally, therefore, my blogging has been quite eclectic and all over the place. I have specialised in nothing, unlike, for example, my good friends Col. Ajai Shukla or Sanjeev Ahluwalia, who have specialised in defence and public economics, respectively, and have developed formidable reputations. I have been a Jack of all trades by contrast, which is quite appropriate considering that I belong to a service which too is considered a Jack of all trades and master of none.

The reach of the blog, thanks to the net, is amazing. Through it I have re-established contact with a host of school/college friends after scores of years, even those who have emigrated to distant lands. As a consequence our school batch of 63 decided to meet up at India International Centre some time back. None of us could recognise the others, and it almost took a round of DNA testing before identities were established to the satisfaction of everyone! The blog also brought me in touch with editors of publications, and enabled me to start writing for them also.

Through it all Mr. Ravinder Makhaik and his Hill Post have been constant and supportive companions – all my blogs are first published on Hill Post, without any editorial censorship or comment, thus ensuring a wider connect and readership. The blogs, amateurish as they are by definition, help me make sense of a world gradually going bonkers. We live in a world that can make sense only if we look at it through the looking glass of Alice in Wonderland fame. Sometimes I feel that I should be in a mental asylum, and then I look around me and realise that I AM in one ! So, while reading my blogs (if you are so unwise as to do so), please don’t confuse my personality with my attitude: my personality is who I am, my attitude, on the other hand, depends on who or what YOU are !

Even though I’m not on Facebook or Twitter, I’ve received my share of criticism and flak for some of the blogs. In particular I’ve been targeted for my criticism of Mr. Modi and his govt., my off-on support for that will-o’-the-wisp Arvind Kejriwal, and for my contribution to the OROP debate. Healthy dissent, disagreement and debate is something I welcome, for that is the only way forward intellectually. One’s views should never be inscribed in stone; as John Maynard Keynes said: “When the facts change, I change my views!” That is the way it should be, and explains perhaps why I’ve done a 360 degree turn on Mr. Modi and find myself totally confused on which way to turn as regards Mr. Kejriwal! But then there are the “bhakts” too, a term I use generically to describe those dogmatic, oyster like minds who cannot debate with facts but instead dress their prejudices in abuse, invective and personal vilification. They are the flotsam and jetsam of social media. I was surprised to find that there are plenty of them in the uniformed forces too ( ref. my OROP blogs). To them, all one can say is: