This was a bubble waiting to burst and it finally did on 06 May 18 after Haryana Chief Minister’s statement that “It is our duty to maintain law and order. There has been an increase in offering namaz in the open. Namaz should be read in mosques or idgahs rather than in public spaces”. This came after there were reports and pictures / videos of national highway being blocked in Gurugram to facilitate Friday prayers. As is the nation’s want these days, the media lapped it up and a host of two penny worth regulars on various television channels came forth with their half baked views to ether back the call or to oppose it. Some Muslim clerics and other luminaries must have damaged their vocal chords in their effort to be heard over the din of some equally vocal speakers who wanted put a stop to this practice of blocking roads every Friday afternoon. But as always there was neither any sane debate nor any worthwhile suggestion from any one.

The arguments justifying the use of roads and other public places included lack of space and limited number of mosques and idgahs, need for offering prayers in close proximity of homes and work places, imperativeness of offering Friday prayers in a mosque or an idgah and of course the fundamental right of every citizen to pray where, how and when he wished to. Then as was expected there were unconnected arguments like Hindus use public places for various religious functions like Mata Ka Jagrata, Ganesh Utsav and Kali Puja so why can’t Muslims do the same for Friday prayers – of course they conveniently forgot to add Id or Muharram festivals to this list. In most cases it was a display of ‘in your face’ attitude with no regret for the inconvenience caused to general public every Friday.

On the other side the opponents argued that such huge crowds at Friday prayers were only a recent phenomenon that seemed to be increasing by the day since last 10-12 years. Surely a good Muslim is as good today as he was a decade ago irrespective of where and how he offered his Friday prayers. Their contention was that it was a planned strategy to ensure huge crowds at local Masjids or Idgahs for show of strength and a ploy to grab land. Some speakers highlighted the inconvenience caused to the common man, resultant traffic snarls and misuse of public places on a regular basis. They contended that Kali Puja, Ganesh Utsav etc were once a year happenings and in most cases proper sanction for use of public places for a short duration was taken by people concerned while the Friday prayer is a weekly event where no sanctions are taken. Lastly they pointed out that such regular mass religious gatherings have the potential to become flash points for communal troubles and therefore pose a severe threat to law and order. 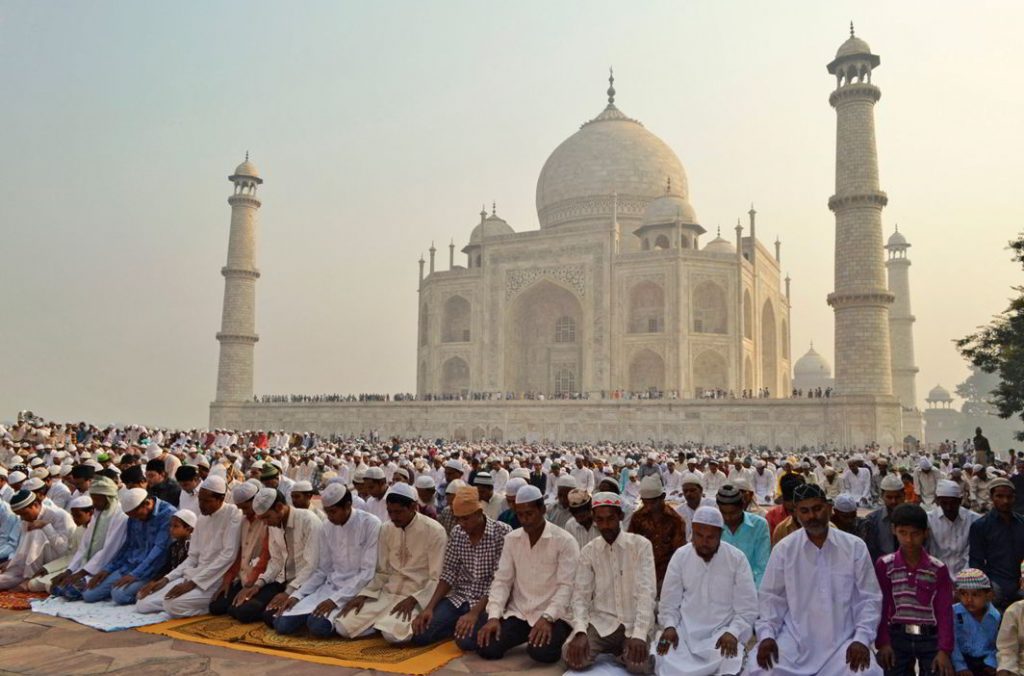 The pseudo intellectual and liberal brigade was of the view that any restrictions in this regard would amount to violation of fundamental rights of citizens. In their view the matter was even graver since it involved the minority community. Surely if one were to collate the use of some common words and terms for last five years in various debates and discussions on national television, constitution, fundament rights and freedom of expression would win the contest hands down. Nearly everyone – be it a Muslim cleric, Hindu fringe element, university student, nondescript politician or any way side individual in front of whom a mike is thrust – poses as a constitutional expert today without ever having seen the publication – leave alone reading it.

Is there a case to ban such blatant use of public land and roads for such purposes on a regular basis? Should this ban extend to other less frequent religious processions and events? Is there merit in the suggestion that religion and its practices be limited to homes and proper religious places?  These are some of the questions that have become relevant in today’s scenario where an unhealthy competitiveness is creeping up to use religion for show of strength and to spite others. In light of this it is obvious that if any restrictions have to be imposed on Friday prayers, the same logic must apply to similar events of other religions too. So what can be done in this regard? Here are five suggestions that are neither religion centric nor motivated by any personal convictions:

Government control and restrictions can only act as guide lines that lay down some norms so that every section in a multi cultural society (like our nation) gets some space. It only enforces a discipline – mostly for those amenable to be disciplined. In the final analysis it is individuals and communities that have to show character and find workable solutions that are within acceptable civic norms. As a nation we score very poorly when it comes to being civil and displaying civic sense. Civic sense is about social ethics and adhering to some essential unspoken norms of society. It is time we stop stepping on each other’s toes and instead live amicably and be accommodative in our approach. The need of the hour in the country today is to be good human beings first and everything else later. Good civic practices definitely go a long way in making one a better human being that is ultimately reflected in the quality of the society that we live in. Finally it is time Hindu bashers realise that it is only this religion, unlike most others, that not only believes in coexistence but has also proved its willingness to coexist for centuries. It is time for others in the country to appreciate and respect this instead of provoking and encouraging confrontation.