After the disgraceful conduct of the Karnataka Governor in the recent elections in that state one is forced to ask the question: do we need Governors at all ? Do they in fact promote the culture of democracy or act as an impediment to it, corrupting its very essence by their pliant behaviour? Between 1951 and 2016 these Governors, acting as agents of the central governments, have dismissed 115 state govts. and installed perhaps an equally large number by dubious means. In just the last year or so their partisan actions in Arunachal Pradesh and Uttarakhand have been overturned by the Supreme Court, but that has not deterred them from doing the same in Goa, Manipur, Meghalaya and now in Karnataka. Of late it has become the norm for their decisions on government formation to be invariably challenged in the courts, usually successfully. Why then do we need them at all?

This question was debated in the Constituent Assembly between 1946 and 1949, and not all its members were in favour of this colonial era institution. But Nehru and Patel strongly argued for having this post on the grounds that it would promote federalism by providing a link between the union and state governments, and would also ensure stability. Their arguments perhaps made sense at that time when the country was going through the tumult of partition, the de-facto division of Kashmir and the competing clamour for states on linguistic lines. There was, in addition, the problem of the 522 independent principalities / kingdoms all of whom wanted autonomy if not outright independence, of Goa and of Nagaland. Without a strong center the new India would have disintegrated in no time at all. The guiding hand of the Union was needed by the new, nascent states which were just emerging from the stew of caste, language, class and religion that was Indian society and polity at the time. The Union govt. needed its representative and emissary in the states at that point in our history. The Constituent Assembly even debated whether Governors should be directly elected, but finally opted for nominating men of stature and learning, intellectuals and scholars, persons with proven administrative credentials, not politicians. Unfortunately, however, these desired credentials were not reduced in writing ( and we are paying the price for that today). 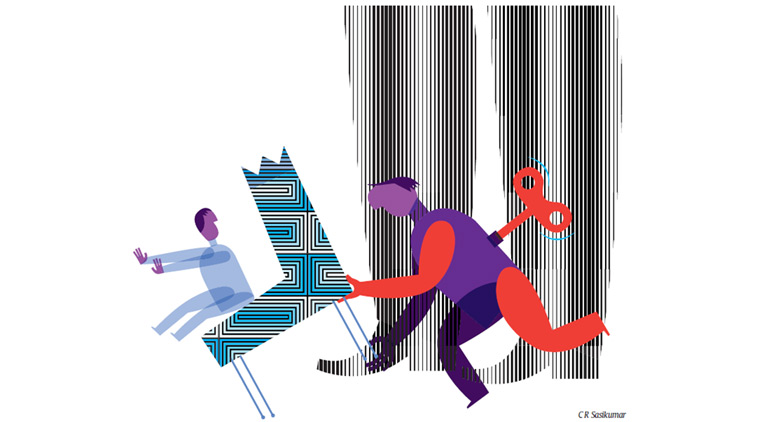 But that was 70 years ago and conditions have now changed. Democracy is no longer just the “top soil”, as Ambedkar had said, but is now firmly embedded into our landscape. The political geography of the country has taken a final shape, more or less, and the institutions of democracy well established ( though their performance certainly leaves much to be desired). The states are settled and strong in their own right and federalism is well entrenched. In fact, there is now a backlash developing, thanks to the muscular policies of the BJP govt. at the center, against the unitary tendencies of the Union govt. and the conduct of the Governors is regarded with suspicion by the states. As regards the merit and standing of those nominated for these posts, the less said the better- Raj Bhavans have now become the exclusive preserve of retired and inconvenient politicians, sycophants, and pliant bureaucrats. In these changed, and changing, circumstances, therefore, the question must be asked: do the Governors serve any worthwhile purpose any longer?

What exactly are their substantive functions, other than presiding over government formation after an election, swearing in Ministers and giving assent to legislation after they have been passed by the state Assemblies? Nothing. On the downside they are unnecessary irritants to the Chief Ministers, quite often parallel power centers especially if the CM belongs to a party opposed to the party at the Center. Their very existence is a blot on the democratic fabric of a nation which has been an independent democracy for seventy years. I cannot think of any developed country which has institutionalised a nominated, unelected authority over the elected head of government, and even has the powers to dismiss him! And all this at great cost to the public exchequer. The Raj Bhavans, or Governors’ Secretariats, are virtual palaces and are run with all the pomp and opulence earlier associated with the Viceroys. A small state like Himachal Pradesh spent Rs. 8,40,53,000.00 on the Governor’s Secretariat in 2017-18 ( Revised Estimates), an amount it can ill afford given that its debt stands at almost Rs.50,000 crore. The corresponding figures for bigger states like UP and Maharashtra would be mind boggling.

The Governor’s primary function- of govt. formation- can just as easily, and with greater probity , be performed by the Chief Justice of the state High Court ( in any case all such matters invariably end up for adjudication in the courts nowadays!), with required assistance by the Election Commission of India. The CJ would do a much better and fairer job than most Governors today. As far as approving legislation is concerned, why should an unelected person sit in judgement over the wisdom, or otherwise, of an elected legislature? If a legislation is unconstitutional it can always be challenged in court, which is the proper forum for determining its legality. A Raj Bhavan is certainly not.

The institution of Governor is a vestigial and colonial legacy which has no place in a genuine democracy. It negates the concept of real federalism. It is occupied, not by the intellectual giants which the Constituent Assembly envisaged, but by men of straw. In practice, it has belied and betrayed its original objective and purpose: far from ensuring stability it has engendered more political instability, confusion and even corruption over the years. It is an anachronism which is incompatible with the political ideals of a developing world order. It is like our coccyx, that vestigial last bone in our spine that once enabled us to swing from branch to branch but has now become a pain in the traditional place. If homo sapiens can do without the coccyx India can certainly do without its Raj Bhavans.