Mandi: Dance and song, with hundreds of people throwing colour at each other marked the start of Holi festival here today as formal celebrations started at Madho Rao temple. Started by the royal house of Mandi in the 17th century, Holi is one of the oldest festival of the historic township. 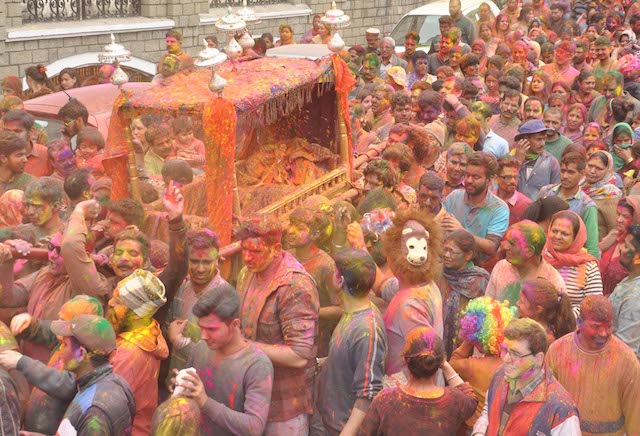 The Madho Rao temple is one of the most revered temples of Mandi, which has more than 80 temples and is even known as Choti Kashi because of them. The temple is mainly famous for Shivratri festival, as the popular heritage fair of the town gets to a start after rituals and prayers are preformed here. 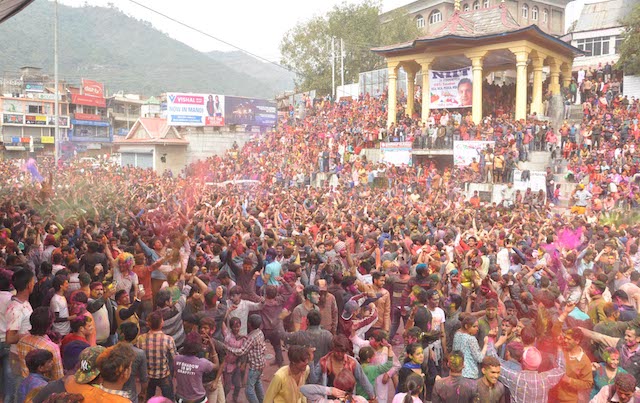 Holi came to be associated with the temple after the local king in the 17th century started celebrating this colourful spring festival. Jaleb, a traditional procession of deities and prominent people in smart headgears’ added a traditional flavour the start of the Holi festival. After the hereditary line of priests have worshiped the Mandho Ram temple deity, the idol was taken out in a procession to to the market and the people in procession, dancing to the tune of folk musical instruments, greeted each other with colours. 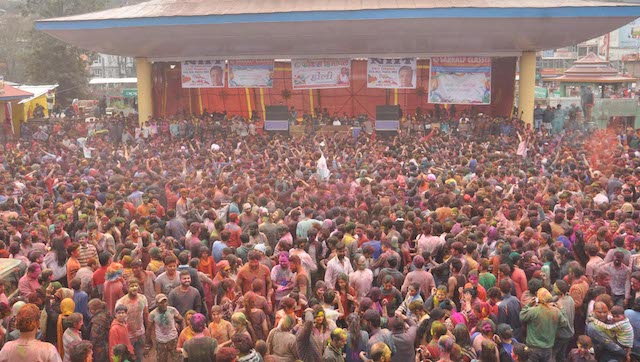 Holi will be celebrated for another two days where people will greet each other by throwing colour on each other and community meals will be shared.