To my horror, Baba Ramdev (who was without any managerial aides) was far better informed about availability, prices of Himalayan medicinal plants than the Himachal Pradesh forest department at this business meeting. 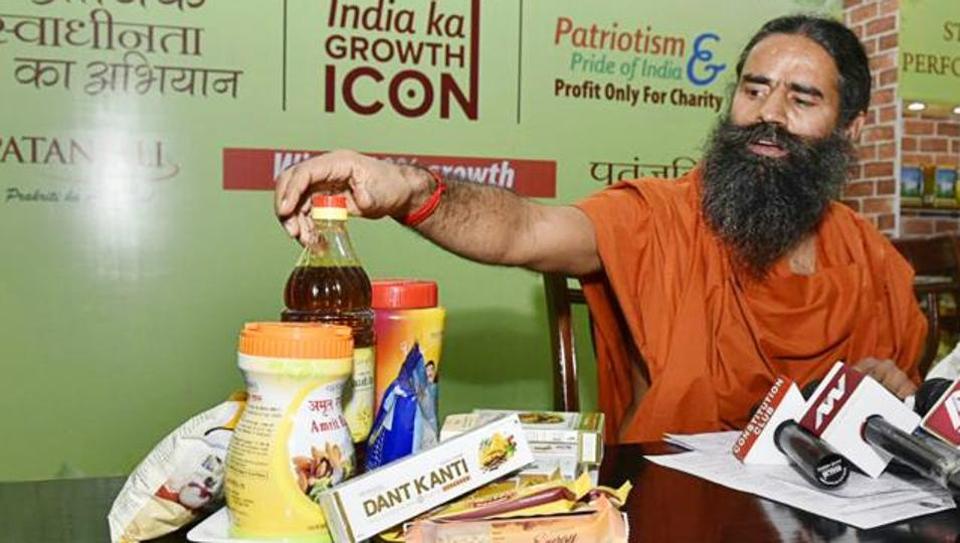 It appears to me that Baba Ramdev, with his Patanjali and Divya Pharmacy brands, has done more to promote India’s traditional knowledge and to make it a commercial success than the BJP govt’s Make In India programme and the obscurantist efforts of its fringe elements. Good economics evidently is more sustainable than coercive politics. Whereas far-fetched claims of plastic surgery and organ transplant during the Vedic times and vapid platitudes about the Cow have evoked derision, Baba Ramdev’s quiet promotion of the benefits of ancient herbal medicines, of the properties of medicinal plants and the value of cow products has made his venture a blockbuster that even Mukesh Ambani can be envious of. The revenues of Patanjali Ayurved Ltd. jumped from Rs. 446.00 crore in 2011-12 to Rs. 10561 crore in 2016-17, a twenty fold increase in five years. Forbes has computed that Acharya Balkrishna (who hold 98.6% of the shares of the company on behalf of Baba Ramdev) is the 19th richest man in India and is worth US$ 7.3 billion! No wonder that HUL, Dabur etc. are scrambling to retain their market shares. If ever there was a truly Indian success story based on our own raw materials and know-how it is Patanjali.

I personally do not find this surprising because, notwithstanding his simple, spiritual demeanour, Baba Ramdev is an astute and alert businessman. His impish, jocular facade conceals a brain as sharp as a razor. I discovered this personally in 2008 or thereabouts when I was holding charge of the Forest Deptt. Himachal’s forests are a veritable store-house of medicinal plants and herbs and they are smuggled out in huge quantities. This, combined with the fact of their unscientific extraction, has put most of them in the endangered category. We felt that if the trade could be regulated through legal channels we might be able to ensure their sustainability. Enter Baba Ramdev, then a bit player, who was scouting around for raw materials. He contacted Mr. JP Nadda who was my Minister (he is now, of course, the Health Minister at the center) who asked me to hold a meeting with the Baba. The meeting was held at the Bilaspur Circuit House, and I went there with my retinue of officers , armed with figures and cost prices. To my horror, Baba Ramdev (who came without any managerial aides) was far better informed. He was juggling three smart phones all the time, constantly checking with his units about products, quantities, prices. He drove a hard bargain and took decisions instantly, putting us at a disadvantage what with our Sarkari process of needing to get approvals from a whole host of agencies and departments which didn’t even know the difference between a medicinal plant and a pharmaceutical factory. Within a couple of hours we concluded agreements on a number of items and the Baba, with a final churning of his six-pack abs, merrily went off towards Punjab to buy some “gaggals” for his lemon squash. I’m not aware of the current status of those agreements, but I hope the state has managed to build on them, now that the Baba’s requirements must have gone up manifold.

True, the Baba does have a habit of dabbling in politics and occasionally wanting to chop off a few heads. I wish he would eschew these tendencies: he has no need to become a part of the Hindutva brigade, given his wide acceptability as a champion of Ayurveda and Yoga. He probably feels he owes it to Mr. Modi for universalising the science of Yoga. But his constituency is now too big and extends across political borders for him to massage the BJPs ego. His efforts at mainstreaming Ayurveda are paying off, thanks also to the rapacious and unscrupulous profiteering by allopathic doctors and hospitals. Alternative medicine all over the world is gaining acceptance, and even the new Medical Commission Bill of the govt. proposes to include practitioners of Ayurveda, Homeopathic and Unani schools of medicine within the govt. health structure. This is a positive step, and Baba Ramdev has played no small role in making it happen.

I cannot conclude this piece without a line or two on the Patanjali products. I’m completely sold on them and go nowhere else for a number of them: bathing soaps (they last for months!), face cream (not that there’s much any cream can do for a face like mine), toothpaste, hair oil, kitchen masalas, floor cleaner (Gonyle, based on cow urine), honey, amla and aloe vera juice, jams, squashes pickles, etc. What appeals to me is their “Indianness”, lack of chemical ingredients, the fact that Patanjali’s profits are channelised into a trust for charitable purposes, the simple, almost ascetic life style of its founder and the fact that he is devoid of any corporate airs. My list of Patanjali products would have been longer but for the fact that the Treasury Officer Shimla never forgets to deduct a whopping TDS from my pension every month. I’m hoping he’ll forget some month and I can then try out Patanjali’s other products. I better go now-its time for the pranayam session.