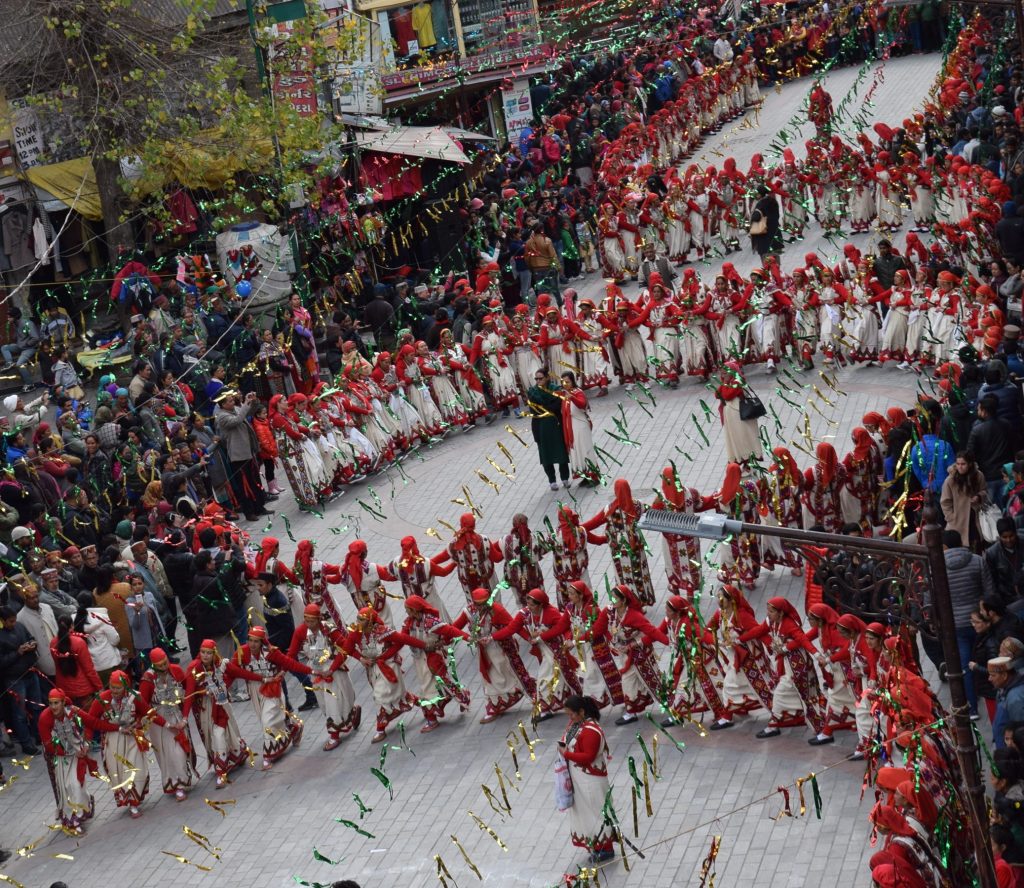 Manali, January 5, 2018:A large number of women from mahila mandals of left bank of manali performed Kullu Nati on the Mall Road here today on the Fourth day of National Winter Carnival 2018. Thousands of people, mainly tourists, thronged the town to see the performance which was the main attraction of the day.

Women from a total of 41 mahila mandals took part in the natti. The Kullu Nati competition was organized among mahila mandals of left and right villages of Manali. 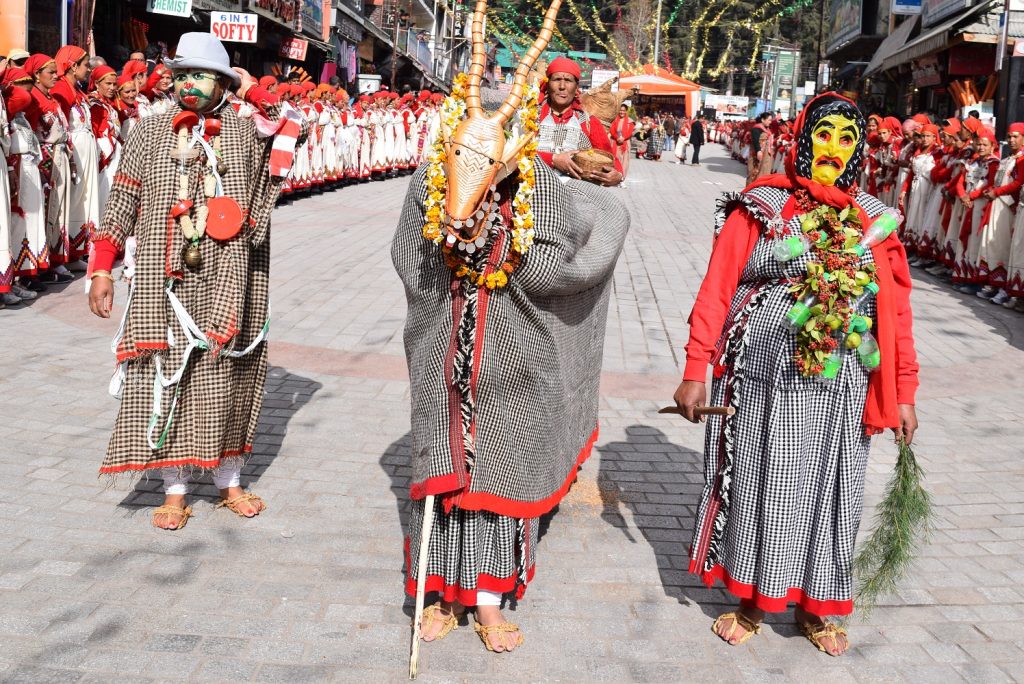 Manu Rangshala, where various cultural programmes were presented.were jam packed. Those, who could not enter enjoyed the performances on the Mall Road. 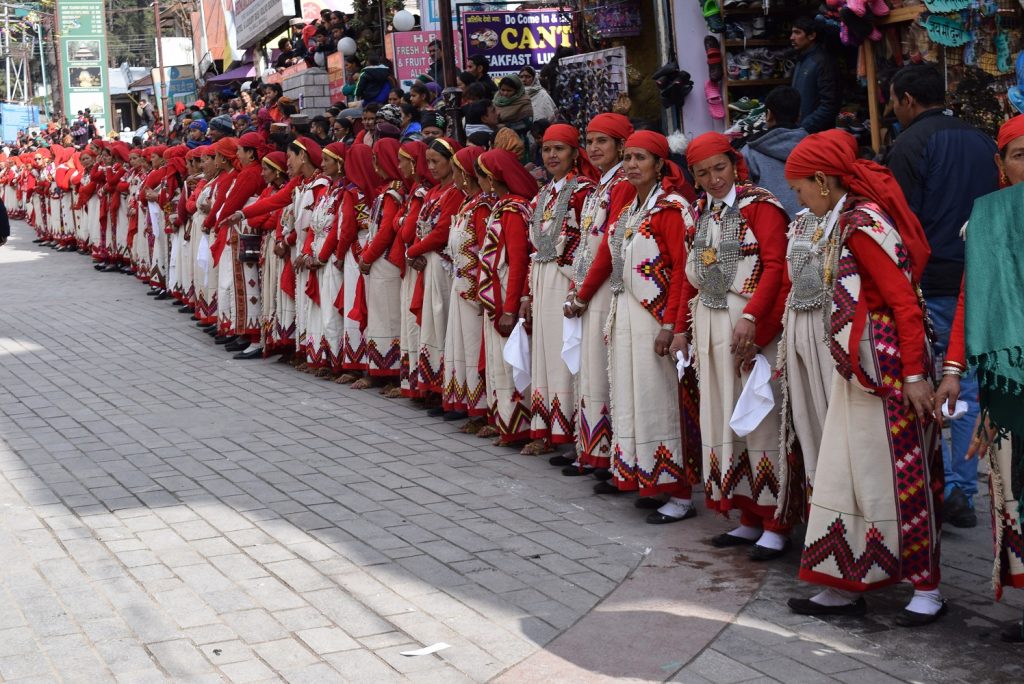 Programmes are also being organized on the Mall Road to entertain tourists and locals.

Cold weather conditions, which sent the temperature plummeting this afternoon, did not have any adverse impact on the carnival. Tourists in Manali are enjoying the weather.

Later in the evening, they enjoyed the various events organized by carnival committee in the town.