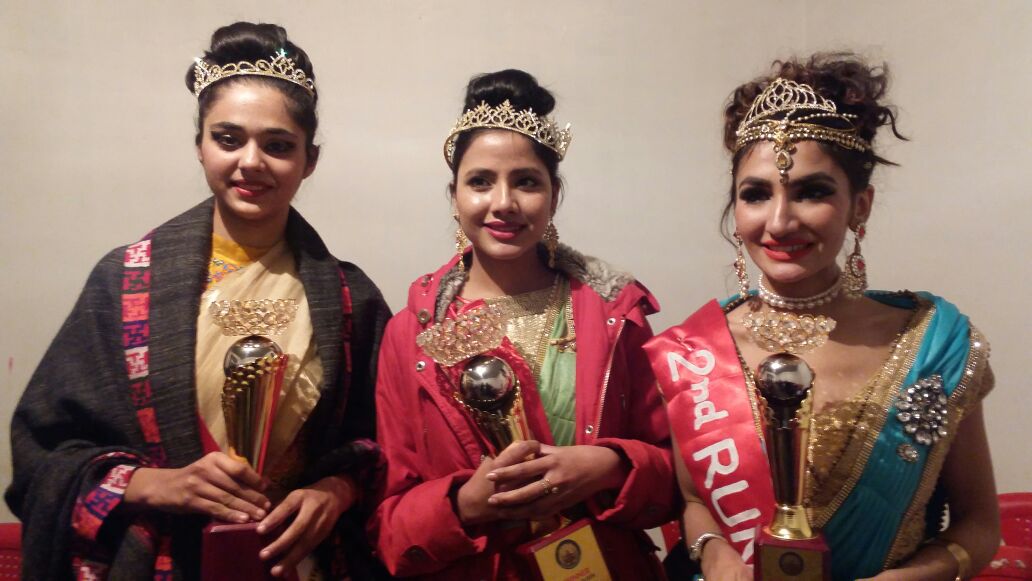 Manali,January07: Yukti Pandey, from Bhunter was declared as Winter Queen 2016 as the Manali Winter Carnival festival concluded here yesterday in this tourist resort.

The contest was a stiff one as there were more than 30 contestants from across the country in the fray for the Winter Queen Beauty Pageant crown. In first round 20 were selected were as for final round there was competition among ten winter queens was selected.

Besides being crowned with a silver tiara, Pandey as the winner of the pageant was also given Rs 1 lakh as prize money. Shivani was declared first runner-up and Alex was crowned as second runner-up.

After the early elimination rounds, 20 beauties were picked up for a quarter final round and only 10 of them made it into the semi-final round. .

In temperatures that hovered around the freezing point, the beautiful girls, late yesterday night, had to participate in a catwalk conducted on an open air ramp To test for intelligence and presence of mind, the panel of three judges at the pageant put up tough questions for the Yukti was crowned the Winter Queen title for her ramp presentation, IQ level, presence of mind and good performance in social service round.

“I dedicate my win to my parents, my mentors and my loved ones. My mother always supported me in modeling and helped me in achieving this Yukti said, adding that she aims to take part in Miss India contest.

Reetika said the message she had youngsters was that they should introspect about what they are up to regularly and work hard to achieve their goal. “Women should never be underestimated. They are equal in talent and all they want is an opportunity to bring forth their talent,” she said.