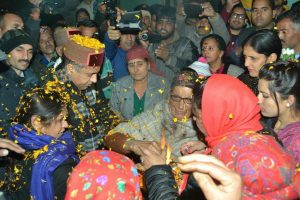 The new BJP government in Himachal is off to an encouraging start, it would appear. It certainly begins with a few significant advantages. With the eclipse of the two families who have controlled Himachal politics for more than two decades, Mr. Jai Ram Thakur can begin with a clean slate and jettison the accumulated baggage of their hangers on, vested interests and prejudices. The new Chief Minister- being from Mandi- occupies the middle ground between upper Shimla and Kangra both geographically and metaphorically, and hopefully his politics would do likewise. He has done well to dispense with the services of the bureaucratic camp followers- the Congress sub-cadre- of the previous regime. But that in itself is not new as all new govts. do so. Where he can show some mettle and break new ground is in ensuring that one sub-cadre is not replaced by another-the BJP sub-cadre. The latter has been waiting in the wings for the last five years and will now demand their place at the feeding trough. If Mr. Thakur obliges them by appointing another set of retired officers and defeated politicians to important positions he will be no different from his predecessor or the one before him. The reason is simple- these superannuated officers have no stakes in the govt., they are not accountable as they are beyond the purview of service and conduct rules, and if things go wrong it will be Mr. Thakur who will pay the electoral price, as Raja Sahib did- the officers will be laughing all the way to the bank and to Bali or Europe. The Chief Minister’s only standard should be merit- political loyalty is not only blind, it is also a two edged sword.

Mr. Thakur’s announcement that he will not indulge in political victimisation is also welcome for this is a virus that sickens the entire body fabric of the state. Mr. Virbhadra Singh expended huge amounts of goodwill, state prestige, time, energy, and the state’s resources in targeting the HP Cricket Association: it achieved nothing other than tarnishing the reputation and careers of a few officers. Every such misconceived action further ensures that the bureaucracy will withdraw into a shell and not take decisions- after all, you can berate an officer for inaction but you can’t charge-sheet him or lodge an FIR against him. The civil service cannot work in an atmosphere of fear, intimidation and distrust. And at the end of the day any govt., even one with 44 seats out of 68, cannot deliver if the govt. servants decide to be safe rather than sorry. By all means, if laws have been violated go after them, but refrain from doing so to settle personal or party scores. Retain the good policies of the last govt., throw out the bad ones, but don’t throw out the baby with the bath water just because it was conceived by your predecessor. 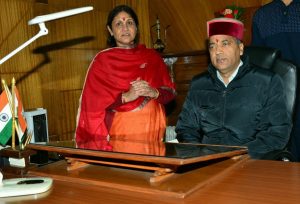 The new Chief Minister should also be wary of Trojans carrying gifts. There will be many among us with inside information, mysterious file notings, gory details of contracts awarded or rejected- the gifts intended to gain access to the Chief Minister’s confidence. Some of it can be useful, most of it is trash. Mr. Thakur will need wise, uncompromised and honest officers to sift through all this raw ore- for this task he should pick non sub- cadre officers, for only they will have no personal axe to grind. He has been long enough in the political sphere of the state to be able to identify such people- there are not many around, but surely enough to have the job done. By the way, the so called ” victims” of the previous regime ( there will more of them than in the AIIMS OPD on any given day) cannot be trusted with this sensitive responsibility for they have their own scores to settle. They should be kept at arm’s length.

The new Chief Minister has shown statesmanship and respect for democratic principles very early in his term by announcing that the film PADMAVAT shall not be banned. By doing so he has shown his other BJP counterparts for the men (and women) of straw that they actually are. In the process he has been faithful to the exceptional catholicism and eclectism of religious beliefs in our state. Himachal has so far been spared the poison of fundamentalism and regressive nativism which has inundated most of the rest of the country in the last three years. The credit for this goes partly to the previous govt. but mostly to the localised form of Hinduism practised in the state. The over-arching Hinduism here is moderated by the fact that in Himachal every village and valley has its own local Devta or Devi who command the primary obeisnace and loyalty. This has acted as a buffer and moderating influence against the more toxic elements now being introduced into the main body of the religion, especially in the BJP ruled states. It is no coincidence that the proscription of PADMAVAT- announced or intended-has so far been limited to states where the BJP is in power- MP, Rajasthan, Goa, UP, Maharashtra, Haryana. There is no particularly vocal demand for a ban in Himachal, and the govt. has done well by dousing a fire even before it has been lit. By doing so it shall convince the people of the state that it has a mind of its own and will not be led by the nose by the RSS or the infamous fringe, something which is extremely reassuring.. There are no legal grounds for banning the film- the Supreme Court has refused to do so, and the CBFC has cleared it- and any such action shall be unconstitutional. Hiding behind the fig leaf of ” law and order” does not behove an elected govt.- if a govt. cannot protect the Constitution or maintain law and order, it has no right to be in office and should go. Himachal has always been a peaceful oasis in an otherwise increasing communal country, and Mr. Thakur’s biggest challenge in these difficult times will be to keep it so. By allowing PADMAVAT to be released in the state he will be making a clear opening statement which, hopefully, will set a positive tone for his tenure.

[DISCLAIMER: The unsolicited advice above is something rare in Mr. Jaitley’s India- it is completely free- no VAT, no GST, no cess. However, it does have 35 years of input credit, service on which the writer has paid all his taxes. It is, therefore, declared, white and untainted ! ]