Manali, Oct 13: Three trekkers, including one British national, were reported dead in landslide hit area below Shetidhar peak, about 35km from here. A group of climbers was coming back towards Beas Kund after successful summit of Shetidhar peak yesterday at around 3.30pm. 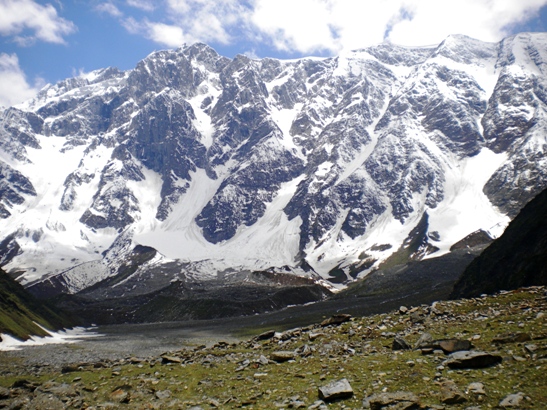 Police and experts from the Atal Bihari Vajpayee Institute of Mountaineering and Allied Sports (ABVIMAS) have launched a search operation to recover the bodies. Two bodies have been recovered so far.

Bodies of British trekker Alan Maxwell Slater (67) and Lotus, resident of Ladakh, the tour organizer, have been recovered while search ops are on to recover the body of third missing person Sanjay Kumar, resident of Nurpur, Kangra.

The Pir Panjal range near Manali is experiencing rain and snowfall since last 48 hours. According to sources, while descending the Shetidhar, peak these trekkers had lagged behind  other team members and met with an accident.

Unable to locate these 3 persons, team members then contacted police who along with experts from the Atal Bihari Vajpayee Institute of Mountaineering and Allied Sports launched a search operation today.

As no communication network is available beyond Dhundi, communication
could not be established with the police. Sources informed that rain, snowfall and cold were seriously hampering the search operation. A police official confirmed that two bodies have been recovered and search was on to find the third.