The community of beggars doesn’t usually make news, but it did last week, twice. In Hyderabad the government has gone into an overdrive to remove a major “nuisance” from its roads – not encroachments or bag-snatchers (as you might assume) but beggars! All because Ivanka Trump is visiting the city, and the administration doesn’t want her to see the real India. So what else do they want to hide-garbage, potholes, smog, cows, the urinating Indian male? Are beggars the worst of the ills of our country and towns that they have been singled out for this special attention form a government that donates crores of public money to temples and vastu rituals to make the CM’s new house more auspicious? Couldn’t some of this largesse have been used to rehabilitate them?

Actually, maybe our sturdy beggars don’t need to be rehabilitated, as this other story from Pune indicates. The Pune police rounded up seven beggars last week and produced them before a magistrate intending to lock them up for a couple of weeks. Bail was set at Rs. 5000.00 and the cops got their black van ready for the drive to the jail, confident that this penurious desiderata of society would never have this kind of moolah. To their utter shock, all seven came up with the bail amount immediately – in cash!-, deposited it with aplomb and reverted to their temporarily disrupted trading activity! Its obvious to me that Mr. Jaitley has been targeting the wrong section of the business community so far in his black money crusade – he should forget the names in the Panama and Paradise papers and concentrate on our entrepreneurial beggars. Recently one of them died in Delhi and it was discovered that she had left behind two flats and a sizeable bank balance! Why not make them go digital too and give them POS swipe machines and PayTM apps, as part of “ease of doing business” ? There would then be no need to hide them from Ivanka Trump, I’m confident she would be impressed with our digital derelicts.

Now that we are on the subject of mendicants, however, a few anecdotes from my hoary past come to mind. In 1980 I was posted as Deputy Commissioner, Una, and one day received an order from the government to intimate by next day the number of beggars in the district! Apparently, the information was required in response to an Assembly question by an MLA who was clearly scraping the bottom of the barrel in his quest for votes. I immediately realised I had a major problem: this earth-shaking information had never been compiled, the Census was silent about it, these artful dodgers never stayed in one place to be counted, and they didn’t advertise on prime TV. Since I had only two and a half years’s service by then, I consulted with my SDM, one DD Sharma, who’d been making the government proud for the last 34 years.

” No problem, sir”, was his instantaneous (I swear) response, “we’ll send a report that we have 387 beggars.”

” How do you know?” I shouted. ” we’ve never counted the blighters!”
” Exactly”, replied DDS. “Nobody’s ever counted them, and nobody ever will, or can. An idiotic question can only get a meaningless answer. There’s no way they can challenge our number.”

So I sent the reply, and never heard about the matter again. The MLA is presumably still looking for those 387 votes. But I learnt an important lesson: the government just loves numbers – it doesn’t matter how you derive them or how fudged they are. In later years DD Sharma’s nostrum saved me a lot of legwork and midnight oil – say, about 170 litres ?. 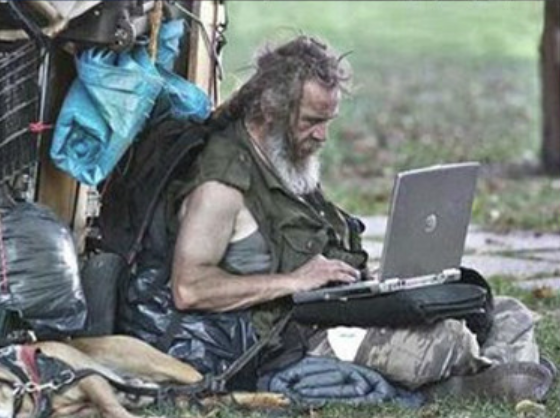 In the late 80’s the issue of beggars nearly caused a major rift between the state government and the Planning Commission (may its departed soul rest in peace). It was, however, an exchange of words underpinned by subtle innuendo, to grasp which one must understand two things. One, the summer months in Shimla are also the peak tourist season and this attracts hundreds of beggars from all over north India. This is also the time (naturally!) when a Planning Commission delegation usually visits to “review” the pace of Plan expenditure. Second, in the winter months of December-January a state government team visits Delhi to extract the maximum moneys it can from the Planning Commission in the next Budget. Do keep this in mind while I recount the episode.

The Planning Commission high-powered team was in town that summer (as state guests, naturally) and during the meeting one of them remarked on the large number of beggars on Mall Road and the Ridge. Was it, he asked sarcastically, due to the failure of the state govt’s social welfare schemes? No, replied the Finance Secretary, it was because all the beggars from Delhi landed up in Shimla in the summers! The Planning Commission chappie was nonplussed, but only for a moment.

” I see,” he remarked, ” and I suppose these beggars come down to Delhi in the winters, right?” Touche!

Both sides had established their begging rights ! Bonhomie was re-established that night over drinks in Hotel Holiday Home, billed as tandoori chickens, naturally.

Beggars may or may not be destitute but they have their pride and maintain some basic minimum standards, as I discovered in Delhi in the mid-nineties. I used to drive in my battered Maruti 800 from Bharti Nagar to my office in Shastri Bhavan everyday. An aged beggar had claimed a spot near the Khan Market traffic light as his own, in the same pugnacious spirit as the Chinese on the Doklam plateau. Like Doklam, it was a strategic location since hundreds of vehicles had to perforce stop there. I, of course, never made a donation to his coffers since I was in the market myself for handouts, what with two sons in Modern School and EMIs for a flat which never came up above ground level. I was also burdened by the principle that “the good Lord giveth and the Income Tax Deptt. taketh”, hence there was no surplus available. But one evening it had started drizzling when I was on my way back from Shastri Bhavan. As I stopped at the light I took pity on the beggar out in the rain, stepped out and gave him a two rupee note (this was before Mr. Modi so the two rupee note had not yet been demonetised). The old rascal took one look at the note, dug into his bulging jacket, extracted a ten rupee note and gave it to me. ” Yeh lo, sahib,” he said with what was almost a chuckle,” lagta hai aapko paise ki zyada zaroorat hai.” Having correctly diagnosed, and confirmed, my humble station in life, he shuffled off to the next car.

I don’t see the old man there any more. I have a feeling he has acquired and moved into one of those premium flats on Tughlak Road. I, of course, have moved to Patparganj.