Today the world is making itself anew under a multitude of pressures. The old scenes are passing away and new things are ready to come into being. With these sweeping changes, the old facets of our culture are being condemned to fall in the decadence. Bilaspur in Himachal Pradesh, too, has not remained untouched by these developments. It’s richness of mystic system, folk customs, indigenous poetry & art and legends handed down through tradition are slowly sinking in to oblivion. 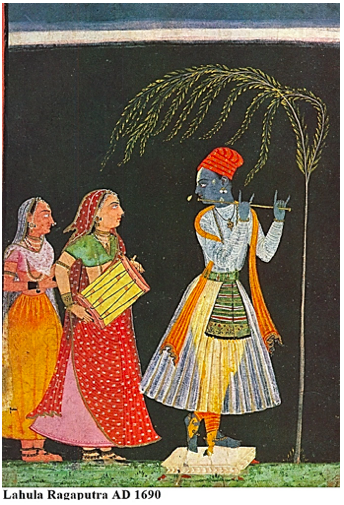 The loss and destruction of the antiquity of Bilaspur was pathetic. Six grand palaces and very many, other edifices of beauty have been lost and they now lie buried in the Bhakra Dam lake. The frescoes and the mirror hall of the Rang Mahal, it’s interior splendour, oriental style and Rajasthani décor were great creations.

Another great loss was the endless treasure of miniature Rajput painting executed on fine rice paper, the lines traced with single-hair brush and the paints mixed with the richest ingredients like rubies, turquoise, lapis lazuli and gold. There were scenes from Hindu mythology and portraits of old rulers. Then there was that national treasure of Sarda Ukil’s 31 paintings on the great life of Lord Krishna now lying dumped in a store in Delhi for the last thirty-six years. The armoury had contained every kind of ancient weapons. All these treasurers have gone with the wind of time.

Those who have seen the old town of Bilaspur have lived in a constant state of pain ever after it’s submergence.

There were a large number of temples frozen in stones for centuries. These beautiful edifices, soaring high into the sky, were magnetized centers of worship. The whole town vibrated with the resonance of sound of drums, gongs and bells. Such a rich treasurer of temple legacy was lost with the loss of old town.

From the antiquity point of view, three temples of Bilaspur were the most important. These were Khanmukheshwar group of temples, the group of Raghunath temples and the ruins of Shitla Devi temple. 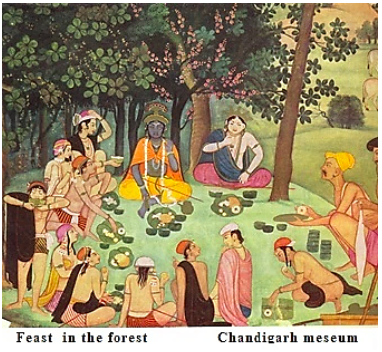 Sandhu Maidan was another striking loss. Small aircrafts used to land here in 1940s. In 1951, Maharaja Hanwant Singh of Jodhpur landed here in his own aircraft. Recent development of Luhnu Maidan at the new township has partially made up the loss of the great ground. Nalwari fair is held annually, here.

There is a water and aero sports center. The thrill of paragliding at this place is great. One encounters the blue sky above, blue waters below, sights of pristine beauty of the rolling snow-capped Dhauladhar in the distant horizon, endless barrage of hills and picturesque valley all around.

Instantly the past and future vanish, leaving nothing but a splendid immediacy. Each expedition here turns out to be a work of art in itself. Lounging at Luhnu meadows and skiing on the lake’s water are among other outdoor activities, all in sync with nature.

Bilaspur is home to pre-historic fossils and offers geo-tourism with Haritalyanagar located in Bilaspur district having yielded a rich collection. Fossils excavated from Bilaspur area bear testimony to the fact that once these hills were the abode of a large number of elephants, hippos, giraffes, apes, tigers and crocodiles and land tortoise. The rising of the Himalayas in the Paleocene age from 14000 ft. to their present height of 29000 ft. caused earth vibrations and buried the anthropological treasures. 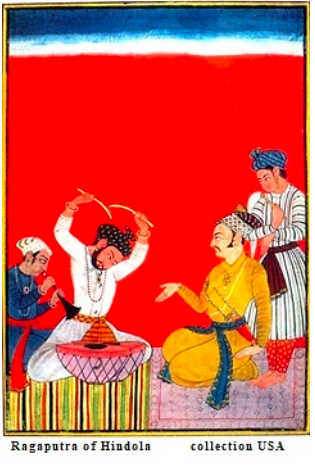 In Bilaspur, the network of river Sutlej and other rivulets (locally known as khads), where species of fish are found in abundance, run through the gorges and valleys. Here the landscape is of infinite beauty. Breeze inhaled lulls the senses while the rippling notes in liquid harmony are heard. Hardly any waterside fails to interest an angler.

Seer khad and other streams of Bilaspur were in older days very rich in mahseer fish, and the folk anglers had been keenly fishing regularly since ages. The THACKER’S New Guide to Shimla, published in 1925 refers to fishing in Seer Khad. Bhakra lake and Bilaspur river system is the best arena for fishing.

Bilaspur through the centuries unfolds the historical and spiritual spectrum of the erstwhile princely state of Bilaspur (Kehloor), which came into being at the foot of the Western Himalayas more than a millennium ago, and is now a district of Himachal Pradesh. It is the land where the great sages, Markandeya and Ved Vyas, are said to have once lived, where temples and ashrams, forts and places were built, and whose political history comprises the rise and fall of several kings. The narrative reveals magnificently the life of the simple but yet, vigorous inhabitants.

Though the state in its size was not much of a place for making of it’s own history, the historical facts prove otherwise. Thirty-four states, from Jammu in the north to Kumarsain in the Southeast, were it’s tributaries for more then two centuries.

Bilaspur was the epicenter of many cataclysmic events such as the conquest of Attack in the Northwest Frontier, a long running feud with the Sikhs and a clash with Raja Sansar Chand of Kangra that finally resulted in the Gorkha invasion and subsequently, their ouster from the hills by the British. 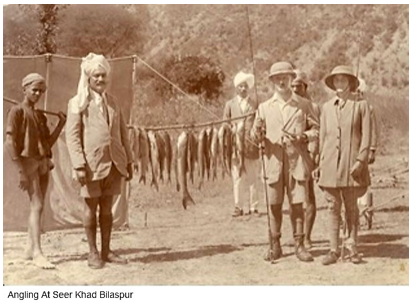 The presence of a large number of temples and countless sacred idols held people under divine influence, whereas fairs and festivals symbolized their abiding faith and happiness. Then these men of war and valor! All these cultural scenes remind us of an ethereal past of the land.

Though many of these riches have now been lost with the submersion of a very scenic capital town that sadly disappeared in to the depths of Bhakra Lake in 1960, the lost town has, nevertheless, left behind a great legacy of many exciting tales. The ripples of the lake spiritually whisper that the sunken land was once the soul of the inhabitants.

This write up has excerpts from the book ‘Bilaspur through the Centuries’ by Shakti Singh Chandel IAS that is a story of an erstwhile princely state of India. The author has gone deep into the aspects of history, mythology, antiquity, geology, cultural heritage, art and culture all in one. It makes a complete reading.