It is difficult not to get a feeling, from time to time, that a few things are seriously amiss in our nation. When need of the hour is unity, tolerance and cooperation, more often than not one sees disunity, intolerance and non-cooperation in most parts of the country. No one group or community is at fault, the fault lies across the whole spectrum of our Indian society. It can be argued that some sections of society are more at fault than others but that is neither here nor there. Is this going to be the way forward in decades to come or can there be a course correction? Will there be further fragmentation of the society with fault lines becoming more defined as time goes by? Will religion or regional biases continue to overtake our ‘Indianess’? These are scary questions and do not bode well for future of a huge and diverse nation like India. What are the reasons for this lack of pride in India, being Indian and expressing Indianess?
Political:

India boasts of a vibrant democracy that has won accolades the world over but the question is do we really live in a democratic environment? Indian democracy is limited to provision of voting rights for all citizens over 18 years of age. Our democracy starts and ends with this fundamental right. The voter has neither any role nor any say in matters of the state after he casts his vote. He is taken for granted till the next election looms on the horizon and politicians come calling again with folded hands. That is the plight of the voter. As far as politicians are concerned, Indian polity is dominated by half educated politicians most of whom are unfit for the job that they hold or aspire for. Majority of elected representatives at all levels starting from municipal polls to national parliament, are mere passengers whose only call to duty is to make up party numbers when required and argue for more pay, allowances and perks at the drop of a hat. Meaningful contributions in debates, studying complicated bills or seeking solutions for problems facing their voters are subjects that are not only alien to them but also beyond their capabilities. A few dedicated and progressive representatives, who stand out within the party, are responsible for running the show, rest only concentrate on using their position for amassing personal wealth by misusing and exploiting the inherent powers of elected representatives.

Political sycophancy is the name of the game since getting a party ticket is all that matters, cost or calibre notwithstanding. In party democracy is something all political parties claim but none follows. Party control is either family dominated (Congress, Smajwadi Party, RJD, DMK, Shiv Sena) or personality dominated (BJP, TMC, BSP, AIDMK). Internal party elections are a mere farce since most results are predefined by top leadership. No elected representative ever votes based on merit of the matter. It is always what the party wants or what is beneficial for him as an individual. This is certainly not democracy. It is high time for Indian polity to reinvent itself to uphold democratic traditions in word and in action.
Religious & Social: 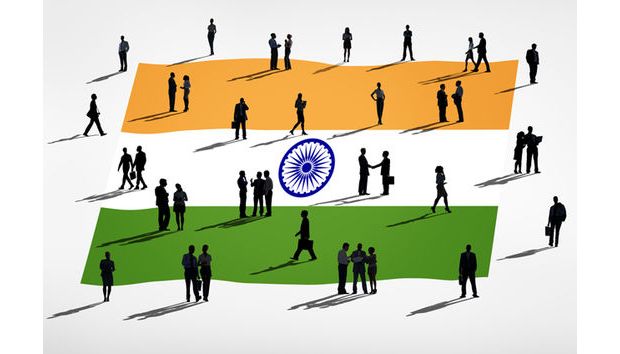 It is no secret that India has been plagued with caste and faith based politics for many decades since independence. Appeasement politics added to the woes and resultant vote banks became all important in many parts of the country. Congress continued to pursue and enhance reservation policies to woo backward classes across the country successfully. Most political parties cultivated minority and caste leaders of dubious distinctions to mobilise vote banks. This resulted in development of fault lines between Hindus and Muslims on one hand and upper and lower castes on the other. In short country’s social fabric has deteriorated further instead of undergoing a quantum change for the better by focussing on removal of inequalities, social stigmas and poverty.

The acceptance of BJP across different sections of society has undergone a major change in last one decade. Godhra train massacre, resultant 2002 Gujarat riots and the rise of Mr Narendra Modi in Gujarat, helped BJP to become a party of choice for majority of Indians across the nation. Hindu majority felt that a Modi led BJP will give them their rightful dues that have been denied to them for long. This was a defining time for BJP and it became a truly national party as it received support of dalits and backward classes also who were traditionally Congress supporters. 2014 national elections and the events thereafter not only decimated the Congress party but also left many others fighting for survival. As expected the resurgence in BJP has also resulted in some insecurities within the Muslim community, a few genuine but most being figments of imagination instilled in them by their own leaders. Unfortunately most of the problems they face today are of their own making because of their inward looking approach that is totally unsuited for today’s rapidly changing world. It prevents them from playing a greater role in main stream India. It is time for the government to reflect on finding ways to increase the participation of backward classes, dalits and minorities in main stream India by raising their eligibility levels rather than pushing some of them through the back door.

Developmental:
Developmental issues have generally not been recognised as major contributors to many of the ills that continue to plague our country even after over 70 years of independence. We have our rockets, missiles, atomic power stations, monolith industrial estates, software parks, glitzy shopping complexes and other landmark development icons but the question is have we really addressed our core developmental issues? The answer is NO since core development means touching the life of every Indian, irrespective of where he lives, and making his life better by sharing the fruits of development keeping in mind his way of life, culture and local practices. This is not to say that there will be no disparities since some parts of the nation will always be more developed than others. The matter of concern is the near absence of even basic developmental needs in large parts of country’s rural and semi rural areas.
In a scenario like this disparities lead to dissatisfactions with the system that manifest into law and order problems apart from creating divisions in the society as a whole. Successive state and central governments have always talked of the need to address this sensitive and important issue, but no government has focussed on it in a deliberate manner to make a serious difference. A long term vision for core developmental issues that should ensure a minimal acceptable quality of life for each Indian across the country is totally missing. Parts of the country continue to suffer even today for want of basic necessities like roads, power, potable water, medical aid, basic education and job opportunities. This has resulted in an urban and rural divide with some sections of the undeveloped areas resorting to armed struggle against the establishment. This is also the reason for large scale migration to cities and towns from lesser developed areas where some are fortunate to succeed in making a decent living but most continue to struggle with a few drifting to crime and underworld. There is indeed an urgent need to address core developmental issues on war footing.

Governance:
Political leadership at national and state level has been found wanting for vision, focus and country first approach for a long time. Indian administrative machinery has been and continues to be pathetic – in fact it has gone from good to bad to worse starting from1947. Will it reach a new nadir in near future or will there be some course correction for the better? Just to prove a point take the case of Shamli, a district headquarter since 2011 that was earlier part of Muzaffarnagar District in Uttar Pradesh. It has about 230 villages and a population of 13.2 lakhs. As on date it has no government hospital, no qualified government employed doctor, one Primary Health centre for ten villages apart from one Community Health centre for 46 villages. Is it any wonder that even today it continues to have an infant mortality rate of about 52 for every 1000 births which goes up to 71 for children below 5 years of age. The government spent a miserly Rs 70.00 per citizen per year from 2012-2015 under National Rural Health Management in this district! This probably sums up the whole issue and nothing more is needed to be said. Female literacy is languishing at 57% and male literacy at 78%. Sanitation and other public amenities are pathetic with power supply being erratic in most areas. This is the sad state of affairs of a district only 110 Km from national capital of the country with good road and rail connectivity. Politicians from the state spend hundreds of crores of public money on their personal security, aimless travel, self glorifying statues, parks and even an airfield in Chief Minister’s village. But the state has no funds for development of schools or hospitals. This is indeed ironical.

Absence of good governance and total disregard for the public is seen in every aspect of daily life. Some parts of the country continue to be where they were fifty years ago due to administrative apathy. Instead of being proactive, the administrators sit in their ivory towers lording over their jurisdiction with hardly any accountability towards their deliverables or the people they are supposed to serve. Good governance continues to remain a dream for majority of the population in the country.

A promising start has been made by the current government with schemes like Swachh Bharat, Ujjwala Yojana, Jan Dhan Yojana, Adarsh Gram Yojana, Mudra Yojana etc but a lot still needs to be done in a more comprehensive and coordinated manner instead of each scheme charting its own path. It may be prudent to develop a comprehensive pan India blue print for core development that focuses on health, education and basic infrastructure to ensure a reasonable quality of life for each citizen of the country in next ten years. Develop this blue print on the premise that basic needs of all citizens are same irrespective of their faith. Let this blueprint be a national dream that we need to turn into reality with our actions. It may be worthwhile to pool MP and MLA development funds for constructive development within the district instead of squandering away precious resources at the whims of individuals. Starting from District Collectors results must be demanded at all levels in the chain (including politicians) and in case of failure, individuals must be sacked without any mercy. A few years of such harsh accountability will change the mindset of all concerned for betterment of the nation. When all citizens are guaranteed a basic decent life, there is no reason why they will not move to the next higher level and take pride in India and being Indians. Once that happens ‘Indianess’ will always rank above faith and religion for most citizens of the country.