Mandi: Having become a panchayat president (pradhan) at 19, Jabna Chauhan, a young achiever from Tharjoon in Gohar block of Mandi was  honoured by film superstar Akshay Kumar for having had the courage to fight against drug abuse.

It was for promoting his film ‘Toilet: Ek Prem Katha’ that Akshay found the right occasion to honour Jabna, who happens to the youngest Sarpanch of Himachal Pradesh.

She was specially invited for the function held at Gurgaon.

Having become the president of Tharjoon Panchayat, Jabna took tough decisions about successfully banning intoxication and drug use in public places. She was also able to raise consciousness about the environment and was instrumental in achieving cleanliness in her jurisdiction. 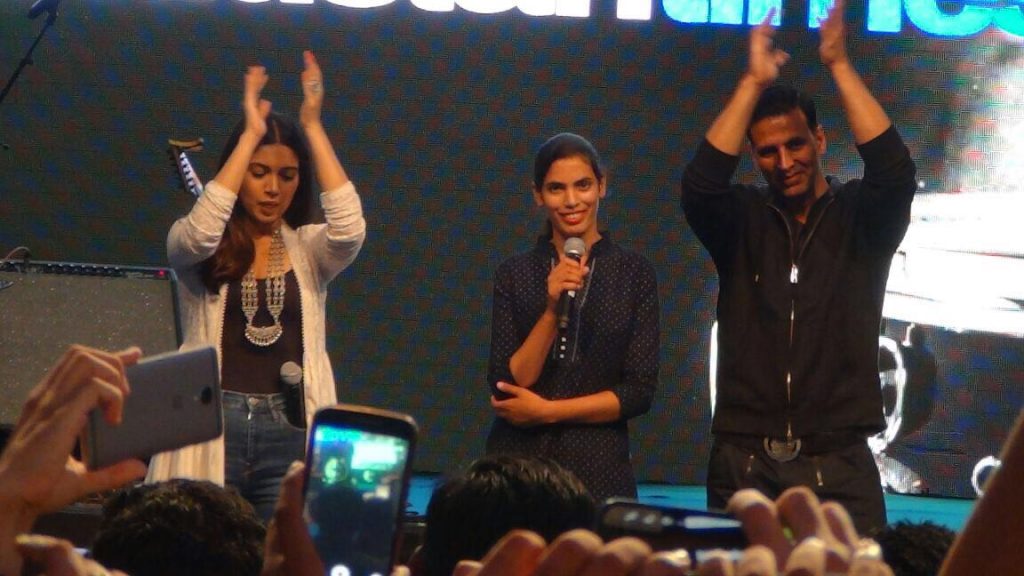 Impressed with her good governance Akshay Kumar lauded the efforts made by Jabna and said that the country needed strong daughters like her who can fight for social causes.

The young president said that it was a honour and victory for the panchayat who have supported her efforts. “My fight against social evil will continue,” she said.

Jabna has received appreciation from Prime Minister Narendra Modi and has been honored by the Governor and Chief Minister of Himachal Pradesh.

“Toilet: Ek Prem Katha” is an film of Akshay Kumar  due for release that is highlights toilet hygiene related issues, something that the Indian government led by Prime Minister Modi has been emphasising in campaign mode.