The festival is an official Oscar Qualifying Film Festival and Pashi is the only film from India to be have been selected for this prestigious festival this year.

An award winner film at this festival gets a nomination for competing at the Academy Awards for the Best Short Film category, also known as the Oscar Awards, the world’s most prestigious awards for film making.

“This is a dream come true and an unparalleled honor for all of us,” says Siddharth, an independent film maker from Shimla.

‘PASHI’ in the Pahari dialect spoken around Rohru in Shimla district means a trap. It is a time tested method used by villagers and children for hunting birds and animals.

The story is about a young boy (Chetan) who is excited about having learn’t the technique of trapping birds from his old grandmother (Savitri). His friend John, is an accomplice in the fun the duo have but Chetan’s mother is worried about his future. 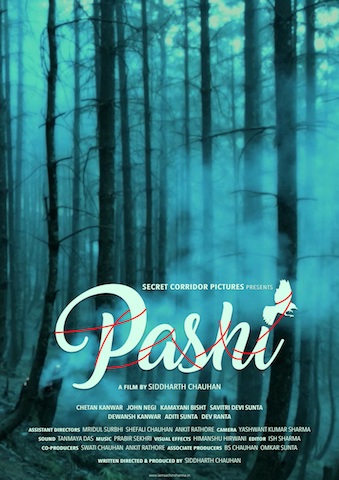 The filmmaker has drawn inspiration from his childhood memories spent at his native village Dhanoti in Nawar valley of Rohru to make this short film.

The film is shot in the backdrop of the valleys native villages.

Every year a large number of films from across the world try their luck at Oscar Qualifying Festivals, for making it to OSCARS. These festivals are extremely competitive and selective about the content and quality of films.

Only in June, 2017 Siddharth’s film ‘Papa‘ bagged the Satyajit Ray Award at the London Film Festival for being the best film in the short film category.