Manali:  A 70 meter span bridge on the Manali – Sarchu road stretch of the highway that connects up with Ladhak was inaugurated by Lt. General SK Shrivastva, Director General of Border Roads (DGBR) on Monday.

Speaking on the occasion Gen Shrivastva said, “construction of Koksar bridge was part of up gradating of the Manali – Sarchu road. This road is important taking in view the axis to Leh-Ladakh region. It is an important strategic road, especially so because of the hostile environment in Jammu & Kashmir which renders the Srinagar – Leh road as unreliable. 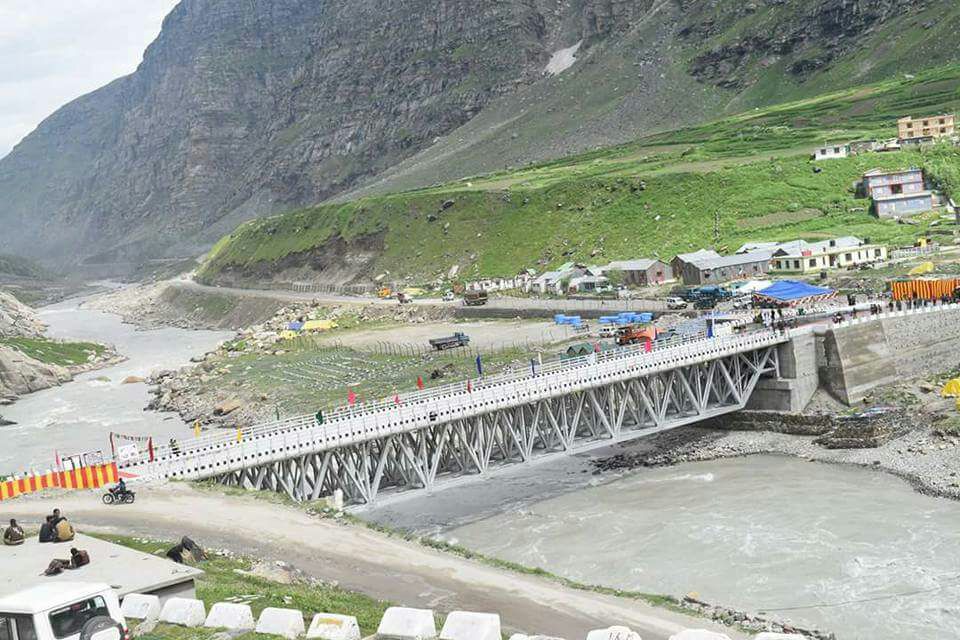 Col A.K.Awasthi, Commander 38 BTRF, who was present on the occasion disclosed that the bridge was constructed in three years’ time.

Mohan Lal, chief engineer Deepak Project, Ravi Thakur, MLA from Lahaul-Spiti and Deva Singh Negi, deputy commissioner of the district, among others were present on the occasion.

With the specific objective of building and maintaining strategic border roads in north  and north-eastern borders of the country, the Border Road Organisation was constituted in 1960. In he last 52 years this organisation has served the country, braving inhospitable and rugged terrain, adverse climate, inclement environmental conditions and insurgency. 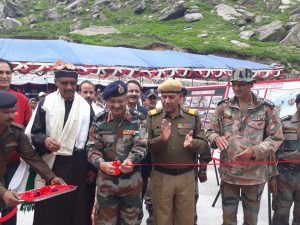 Till date BRO has constructed approximately 50,500 Km of roads, 430 major permanent bridges of 42,000 m length and 19 airfields in difficult and remote areas of the country where no other construction agency dared to venture.

At present BRO is working on numerous roads, which include new construction, as well as improvement from single lane to double lane. BRO is maintaining approximately 22,500 Km of roads. In addition, the organisation carries out snow clearance on 95 roads (3,000 Km) every year to ensure connectivity of border regions to the rest of the country.