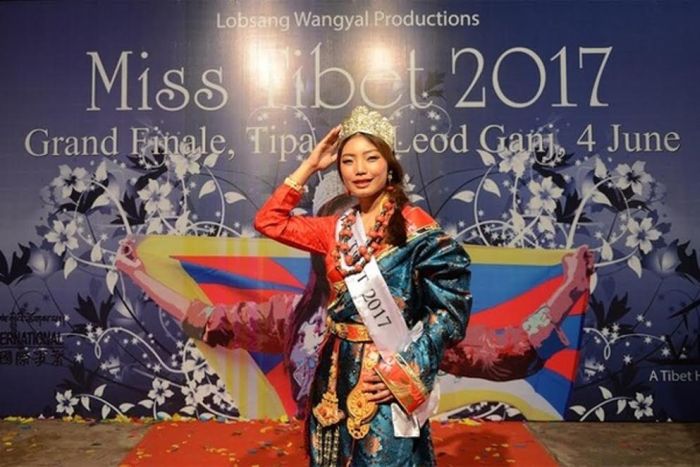 The winner and the First Runner-up also won a two-week trip to Vietnam, sponsored by Claire Huynh Hong Hai.
A record of nine contestants from India, United States and Europe took part in the 15th edition of the beauty contest.
The winner also got a cash prize of Rs 1 lakh while the first and runners-up were given Rs 50,000 and Rs 25,000 respectively.

“I will use Miss Tibet to inspire the younger generations in every way possible. The title will also be immensely helpful in my modelling career. The modelling agency has already come forward with more offers,” Paldon said.
Miss Tibet Pageant was introduced in 2002 by Lobsang Wangyal Production.

The three-day event had seven rounds, mainly of swim suit, talent and talk and traditional costume.