Railway minister Suresh Prabhu flagged off the Tejas Express from Chatrapati Shivaji Station, Mumbai on May 22 for its destination Karmali in Goa. The train is to run five days a week, reducing to three times a week during monsoon season. A one-way trip Mumbai to Goa costs Rs 2,740 with food and Rs 2,585 without food, while the fare for the ordinary chair car is Rs 1,310 with food and Rs 1,185 without food. Promised in the budget, Tejas Express will also be pressed into service in Delhi-Chandigarh and Delhi-Lucknow sectors, according to the railways.

When the Tejas Express was brought from Delhi to Mumbai on May 20 before the launch on the Mumbai-Goa route, one of its window was found vandalized – possibly by a stone or heavy object. It was first reported that there were no passengers inside when it was brought to Mumbai. However, it later emerged that the train indeed did have passengers and it went through disproportionate amount of vandalism of the anarchic type. The railway staff found windows damaged, some LCD screens smashed, headphones missing, and toilets badly soiled. The report quoted a passenger who claimed that he saw some co-passengers trying to uproot the LCD screens in order to possibly take them home. He also rued the fact that the bio-toilet was soon stinking as the people who had used it didn’t bother to flush properly. The railway maintenance staff found the whole floor littered with plastic bottles, cups, wrappers even though the train was equipped with dustbins having a novel garbage compacting facility. 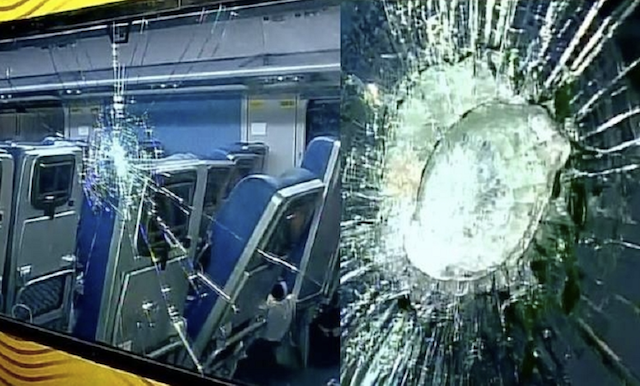 The Railway Protection Force (RPF) reportedly registered cases against unidentified persons on Sunday, May 21 and has begun investigations in the case. The incident is by and large being attributed to our lack civic sense, which is true to certain extent. If we had civic sense, the country would not be in the state it is despite the Swachh Bharat campaign led by Prime Minister Narendra Modi himself. It is also the lack of punishment in India that contributes to our lackadaisical approach to cleanliness. It is also not difficult to inculcate civic sense. You could visit any military cantonment decades back, as they continue to be spotlessly clean, without any need of Swachh Bharat campaign. Ironically the very same Indians in foreign countries, whether non-resident Indians or on short-long vacation would not dare litter stuff around as they do in their own country. In Japan, you will find Indians sweeping the portion of the road in front of their residence, as all Japanese and other foreigners do as per norms. If you do not, the very third day a letter from the police arrives. In most foreign countries, you don’t take your pet dog out for a walk and let it defecate without collecting and disposing it off at proper place.

Despite the above, most Indians who read details about vanadalising of the Tejas Express were truly appalled. There is certainly lack of civic sense, but then there is certainly improvement with the public having got used to better quality trains with at least some services similar to the Tejas Express. Travel by metro riles is also common. In addition, plenty Indians are flying around within India and abroad. In fact, the largest number / groups of tourists abroad in many countries are either Indians or Chinese. Since the Tejas Express has CCTV cover (less inside the toilets), it should be easy to identify which passengers were indulging in vandalism, which seats they were occupying and what was the name on which the tickets were bought. There are calls for the Railways to investigate the issue, which the RPF appears to be doing already.

Agreeably there are many incidents of passengers walking off with headphones even from civil flights and this is reportedly happening regularly on the Tejas Express – call it sheer hooliganism or kleptomania. However, the focused vandalism that the Tejas Express was subjected to on May 20-21 may be on account of political vendetta. Right from the time that the Tejas Express project was announced, the opposition parties, particularly the leftists were crying blue murder – “wasteful expenditure”. This, despite the some of the leftists being aligned with and benefitting from largesse from Beijing. Their objections to trains like Tejas Express were laughable considering China has been many running such trains past decades despite large impoverished population; in 2016, China had announced relocation of 9.81 million people living in “impoverished and unsustainable” conditions in 22 provinces to geographically less disadvantaged areas during 2016-2020 at cost of $158 billion.

Then there could be others responsible for above vandalism, given our history of criminalization of politics and the specialization in this field by a particular political party in the present opposition. A possible aim could have been causing embarrassment to Railway Minister at the time of the flagging off ceremony on May 22, especially because Indian Railways have taken off under his stewardship. Given the cross-border hawala and terrorist links now becoming more and more apparent, getting over Pakistani terrorists via Nepal to sabotage our trains perhaps has similar aim. The larger aim could be to sabotage such projects at a time when the Modi Government was completing three years at the Centre. Plenty political opponents are smarting under the defeat in Goa and Maharashtra. Besides, with the curtain lifting on anti-nationals, many of them are baying for blood any which way. Whatever be the case, it would be prudent for the government to undertake investigations into the incident through intelligence agencies, in order to establish or discount political vendetta. The added advantage would be to nab and punish the persons who physically indulged in the vandalism, which in turn would set an example for future.