Happiness is becoming an instrument of corporate control

Having assiduously contrived a world of conflict, disease, crime and environmental apocalypse we are now just as assiduously chasing after that will o’ the wisp- HAPPINESS. There is now even a World Happiness Report. The report for 2017 places India at no. 122 out of 155 countries (though I’m sure this did not factor in the national delirium when Yogi Adityanath was appointed the Chief Minister of UP). We have slipped 4 notches from the previous year, no doubt because of the machinations of foreign-funded NGOs. Interestingly, we are behind even Pakistan, Bangladesh, Sri Lanka, Nepal and Iraq. There are no prizes for guessing which are the happiest countries: Norway, Denmark, Iceland, Switzerland. The principal parameters considered were: GDP per capita, healthy life expectancy, social support systems, freedom to make life choices and a sense of how corrupt one’s society is.

Make no mistake- Happiness is now serious business ! There have always been innumerable God-men peddling their “Quality of Life” wares and raking in the moolah, but now even governments are jumping onto this bandwagon. The UAE (United Arab Emirates) has a Ministry of Happiness. Our very own Madhya Pradesh recently created a Directorate of Happiness. Bhutan does not measure GDP, it measures GDH (Gross Domestic Happiness) The private sector too is into it in a big way and this is the latest rage in consultancies. The central idea is that happy employees are more productive and make happy customers: a 2013 Gallup poll concluded that unhappy employees cost American companies US$ 500 million in lost productivity. This is even more true of the service sector where there is more interaction between employee and customer. Smart Phone Apps have appeared- Moodscope, Track Your Happiness- that let you (and your boss!) gauge and monitor your current state of happiness. As the Economist put it in an article recently, “Happiness is becoming an instrument of corporate control.” So naturally there are spoilsports emerging from the woodwork, privacy activists who advocate that such monitoring is an invasion of one’s privacy. A pointer here for some members of our present ruling dispensation- you can tell us what to eat, speak, wear, think, but you certainly can’t ask us what to FEEL !

On a more serious note, however, why is it that Indians are such an unhappy lot ? I’m sure that there is no paucity of reasons, from livelihood issues to health problems to social tensions, from endemic corruption to rank bad governance.  But if we look at the top “happy” countries and the parameters considered for rankings, we can safely make some conclusions: citizens of a country are happy if they are well governed, looked after by either the family or the state, enjoy good health and live in a stable social order. Unfortunately, none (or very little) of these conditions exist in India. But there is an even more important underlying, unstated precondition for happiness in today’s world: we need to live in harmony with the natural world and environment, to preserve its beauty and uniqueness, for this is the only counter balance to an increasingly urbanised, crowded, stressful, dog-eat-dog world in which we find ourselves. It cannot be a coincidence that the top happy countries mentioned have all taken care to conserve their natural environment even as they have gone about their “development” activities. 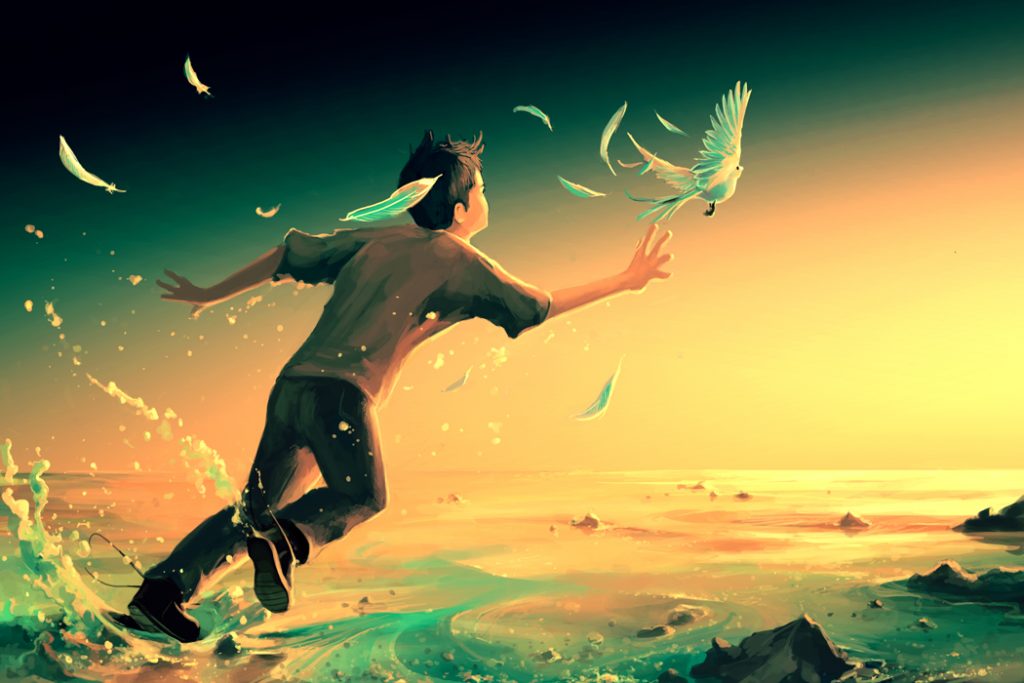 Our lives are dominated by- nay, controlled by- mindless materialism and consumerism which is literally destroying the air we breathe, the water we drink and the earth we call home. Our manic obsession with GDP numbers may have cloned a large number of Ambanis and Advanis but it makes for a nation which is becoming less “happy” each year. We are destroying nature on a colossal scale and the depredation of natural assets/features in the quest for ” ease of business” has ensured that the waters in most of our rivers are unfit even for agriculture, let alone for drinking; 67% of urban waste flows directly into our rivers; 50% of the blocks are water stressed; 1.50 million Indians die prematurely of respiratory diseases every year (including 48000 in Delhi alone, by some estimates);  in just two years, between 2010 and 2012 the list of endangered species in India has doubled: from 190 to 443; the country lost 10.60 million hectares of original forests in the last 14 years, and even as I write this it has been revealed that 5000 deodar trees (more than two hundred years old) are being felled to widen the road from Uttarkashi to Gangotri ! This is right next to a glacier which has already receded more than a kilometre in the last few years, for God’s sake! More than 60 million people ( mainly tribals and the poorest of the poor) have been displaced since Independence to facilitate projects and industry; our cities generate 60 million tonnes of garbage every year but only 30% of that is treated  It is no surprise then that our fall in the Happiness Index closely matches our position in the World Bank Survey of Environmental Quality: India is at no. 155 out of 178 countries.

Whatever little debate we hear on the subject is about “lifestyle environmentalism” and not about the “livelihood environmentalism” which is what actually impacts on the lives of 80% of our population. The concept of “environmental equity ” is yet to arrive in this country. It is the poor who bear the brunt of this devastation of nature in the form of pollution, hygiene, garbage dumping, ambient illnesses, lack of open spaces in urban areas (in Delhi, the posh South and Central Delhi provide 35 sq. mtr. of open space per capita whereas in the poorer East Delhi it is only 2.73 sq. mtr.). It stands to reason that if the poor cannot be happy, the nation too cannot. And this not just about a vision- less government: it also about us and our insatiable gluttony for everything material.

We really have no right to be happy. We are distancing ourselves from the healing powers of nature at an alarming rate. It is not just the physical attributes of the natural world which can add more happiness to our lives, but also the values it teaches us; of a simple life, of taking only what we need and not what we crave, of avoiding conflict unless it is a matter of life and death, of forsaking ego, of tailoring consumption to sustainability, of differentiating between pleasure and happiness. The Anthropocene Age is about to bury us in an avalanche of consumption, plastics and packaging. Interestingly, as I was writing this piece I was also reading John Steinbeck’s classic travelogue TRAVELS WITH CHARLIE, a fascinating account of his journey through America, and I came across these prescient observations on the consumption mania that had already seized North America in the sixties:

“American cities are like badger holes ringed with trash…surrounded by piles of wrecked and rusting automobiles, and almost smothered with rubbish. Everything we use comes in boxes, cartons, bins, the so-called packaging we love so much. The mountains of things we throw away are much greater than the things we use…. Waste seems to be the index…..I do wonder whether there will come a time when we can no longer afford our wastefulness– chemical wastes in the rivers, metal wastes everywhere, and atomic wastes buried deep in the earth or sunk in the sea. When an (American) Indian village became too deep in its own filth, the inhabitants moved. And we have no place to which to move.”