Dharamshala: Dr. Anil Dhiman the BJP candidate for the Bhoranj bye election convincingly beat Ms Promila, the Congress candidate by 8290 votes.  The seat had fallen vacant on the death of the ID Dhiman, who was the father of Dr Anil Dhiman.
HP assembly polls are due in the year end and the bye-election is being considered as a warning call for Congress for the upcoming general assembly poll in December. 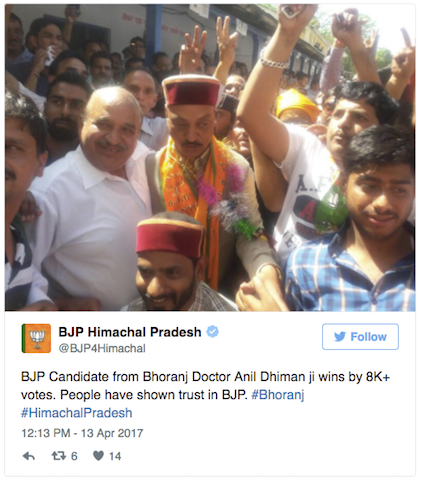