Dharamshala:  Supreme Court today dismissed the case filed by the State of HP and upheld the judgment of the HP High Court that had quashed criminal prosecution against HP Cricket Association (HPCA) and its president Anurag Thakur. The court had held that the state action against them was illegal and without authority of law. 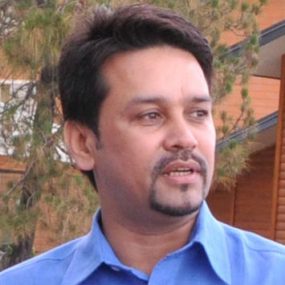 The dismissal of the case reinforces the findings of the high court about the illegal investigation and conduct of the state police. It may be noted that this cases were directly monitored by chief minister Mr Virbhadra Singh and its dismissal is being considered as  a big setback  and a vindication of the fact that HPCA and Thakur were being victimised for political reasons by framing them through illegal prosecution and falsified investigation.

Mr Prem Kumar Dhumal, a senior BJP leader and a former chief minister who is also the father of Anuraag Thakur said, “ the state government has been busy in filling baseless cases against their political rivals for the last 4 years that is being snubbed by different courts of law.”

“The latest judgment of the Supreme Court has once again proved the tactics of Mr Virbhadra Singh in attempting to frame opposition leaders,” said Dhumal.