The five rivers irritating the vast land of Punjab bordering Pakistan on one side, and Haryana, J&K, Himachal on the other, were once the waterways of the state. When the road and rail network was not  established the boats alone were the medium of crossing rivers. Like many other states the rivers were then not bridged. The then prevailing conditions provided ample business opportunities to the boat manufacturers in the state.

In order to know the practices and opportunities available during those days to such people this reporter wandered to locate such people and finally met the lone boat manufacturer still continuing the ancestral legacy for over a century at Rupnagar, a place some 45 kms from Chandigarh, where the mighty river Satluj is barraged for diverting into irrigation  canals.

Ravinder Singh and his son Harvinder Singh continuing their ancestral business took me into the past, of pre independence era. With their shop on the bank of Sirhind Canal flowing within the Rupnagar city they feel proud to follow the customs though the patterns have changed with time. 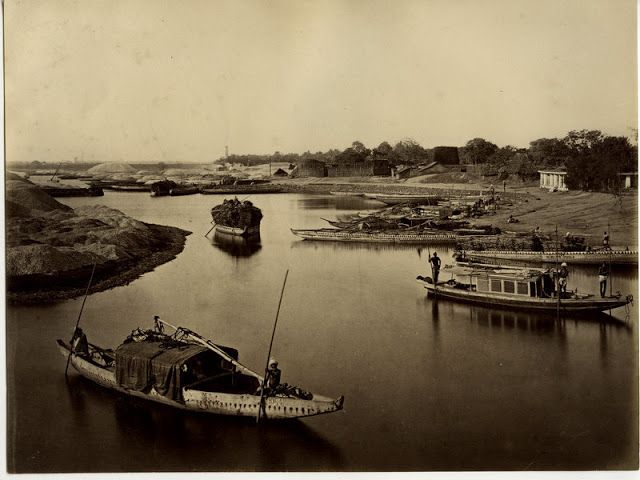 Ravinder Singh told that in early 1900s the river Satluj was the major waterway for transportation of wooden logs and also other merchandise. Sitting beside the canal I saw it strong current flowing below and wondered how the transportation was being carried out. Ravinder Singh in his late 70s told that they used to manufacture big boats of upto 50 feet long and 12 feet wide. The wooden logs flowing in River Satluj from Himachal Pradesh,  he told used to be diverted into the Sirhind Canal through a small rivulet called ‘kishti nalah’. The big boat, he told was also used as a medium of transport for the people. The boat could carry as many as 100 people besides livestock and merchandise.

But one thing was baffling that the boat could flow downstream easily with the water current but how would it be brought back. To my surprise, he told that the boat used to be tied to bullocks walking on both sides of the canal who would pull it upstream against the current.

There was a proper bullock path well maintained  on both sides of the canal between Rupnagar then known as Ropar and Doraha, some 40 kms downstream he said. Ravinder Singh nostalgically remembered his grandfather Bhagwan Singh and father Bishan Singh from whom he had learnt the skills. 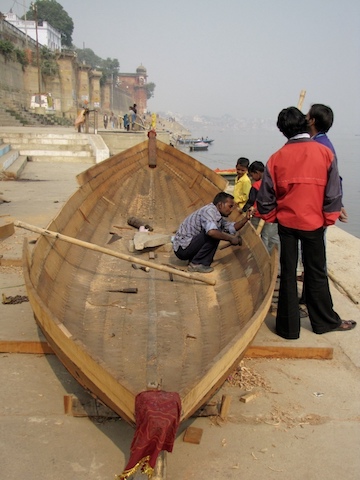 The journey of boat making over the four generations had travelled from wooden to aluminium and now to fibreglass the young Harvinder told. With times, Harvinder told they were following the sale process through government  tendering. Mostly they were engaged in government supplies to Flood Control, Tourism, BSF, Fisheries and Power generation companies. In private supplies, he told that they also catered to amusement parks and racing boats all over the country.

About costing, he informed that the same depended on size which vary between 10 feet to 18 feet long and 6 feet wide,  as well as the material used. About fabrication of fibreglass boats, Ravinder told that the boat was first cast in wood and the dye so prepared was then used for giving shape to the boat.

The motor boats, he told would cost more depending upon the size and quality of motors. They were also into making pedal boats for tourism, he added. But quietly he admitted that the business was gradually taking a hit and they had simultaneously entered into furniture making.I had an anxiety about the myth of wearing finger rings made of boat nail iron. While Ravinder expressed his total disbelief to this myth his friend sitting close by told that the flowing water is considered to be sacred and the boat is a replica of movement, gati, which is strengthened by nails. These nails  bind the wooden planks of the boat and hold them together and as such considered relation binders. Hence the finger ring made of such nails, he told, is believed strengthens the relationship between husband and wife as well as provide growth to their life.

Well, the boatmen have long been overtaken  in the era of fast moving motor vehicles and railway