The arrest and release on bail of Air Chief Marshal (Retd.) SP Tyagi last week after 18 days of imprisonment highlights a disturbing trend in our justice system: the increasing instances of wrongful confinement of citizens by the police. This is not to declare Tyagi innocent of the charges against him but to question the legality of arresting someone without adequate evidence being available against him. The Special Court which granted bail to the ACM catechized the prosecution on this very point, emphasising that the CBI had presented no evidence against Tyagi relating to moneys received, assets acquired illegally or quid pro quo. This is a very serious stricture against the CBI and in any just system should result in action against the Investigating Officer and the prosecuting counsel, but this is unlikely to happen. (Interestingly, it was on the basis of this same inadequate evidence that the Air Chief was first sent to jail by the magistrate when he was arrested by the police!). Surely it is time to raise questions.

Citizens in India are being confined illegally on a colossal scale, either in police lock-ups or in judicial custody. Our prison population is about 4.50 lakhs, of which 70% (or 3.10 lakhs) are undertrials, i.e they have not yet been convicted of any offence. The majority of them are not likely to be convicted either. According to NCRB data for 2014 the national conviction rate for IPC offences is just 45%; in other words, of the 3.10 lakh undertrials in jail 55% or 1.65 lakhs will be found innocent for want of evidence ! But they would have spent years behind bars, deprived of their liberty and natural rights, their future blighted by the stigma of imprisonment. Why were they arrested in the first place ? Why did the courts send them to judicial custody if there was no prima facie evidence against them ? 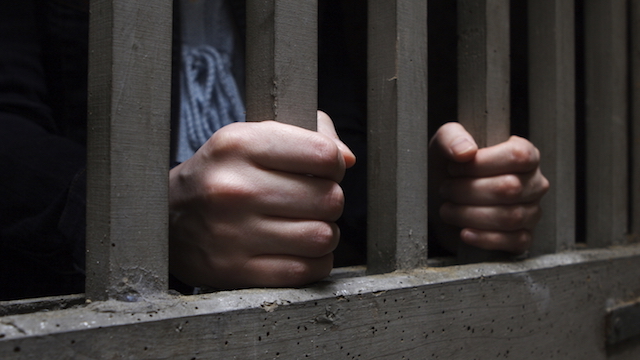 The answer is nothing short of an indictment of our criminal justice system: callous apathy, venality and incompetence of the police, failure and lack of due diligence on the part of our lower court judges, and complete indifference of the policy makers. To begin with, many of our laws themselves are defective to the point of being blood thirsty – laws relating to dowry deaths,  suicide, rape, domestic violence, atrocities on scheduled castes, sedition are so crafted that the complainant’s word is accepted as the gospel truth and the “accused” can be arrested straightaway without the need for any corroborating evidence. This is grist to the police mill which in any case are more interested in “closing” a case by arresting someone than in ensuring that actual justice is done by catching the real culprits of a crime. Quite often public/political/media pressure is so intense that an arrest – any arrest – is the only way to get them off their backs. Thereafter shoddy investigation, external influences, lengthy delays, witness intimidation, frequent transfers and lack of any accountability ensure that 55 of 100 cases will inevitably end in acquittal, either at the trial stage itself or in appeal(s). Meanwhile, of course, those arrested will languish in jail.

The same bizarre process applies to convictions, after trial. In the Akshardham Temple blast case of 2002 six accused were convicted by the trial court and High Court: three were sentenced to death and three others to imprisonment ranging from 10 years to life. All six were acquitted by the Supreme Court on 16th May 2014 which pointed out grave lacunae in the evidence against them. But by then their lives had been destroyed as they had spent the intervening ten years in jail. There are hundreds, if not thousands, of such cases playing out every year. Should the nation not compensate them for the miscarriage of justice even though no reparation could possibly bring back the years lost, the reputations tarnished, the families torn apart ?

There are many types of wrongful confinement: False Arrest (detaining a person without lawful authority), Wrongful Arrest (taking someone into custody without prima facie evidence), Wrongful Imprisonment (confining someone without just cause or without using legal channels), and Wrongful Conviction (imprisoning someone on grounds/evidence subsequently found to be inadequate). The first three are blatant violations and transgressions of the law; only the last type is a consequence of a legal process, but it is nonetheless no solace to the victim. All four are rampant in India but have not attracted the attention of either the government or civil society.

The developed world, the genuine democracies have accepted that victims of a necessarily imperfect criminal justice system are entitled to reparation from the state, and have devised mechanisms for it. In the USA 29 states have legislated Wrongful Conviction Compensation statutes which provide compensation ranging from US$ 50,000 to US$ 100,000 for every year of wrongful imprisonment. (And this in a country where the problem is nowhere as endemic as in India- between 1989 and 2013 only 1281 exonerations were recorded: we probably hit that figure every month). A typical case is that of one Marty Tankleff who was wrongly convicted for the murder of his parents when he was only 17 years old. He had to spend 17 years in incarceration before he was acquitted in 2007. He was awarded compensation of US$ 3.4 million dollars by the state of New York. In the UK and other developed countries too systems exist for the state to be sued in such cases. It is next to impossible to do so in India because both, specific legislation or a general law of torts are missing.

Wrongful confinement of any type by any agency of the state is a violation of human rights, and when it occurs on the scale that it does in our country it amounts to a negation of an equitable justice system. The prevailing concept of “arrest first, gather evidence later” is abhorrent to the spirit of jurisprudence. One can understand the indifference of the government and the parliamentarians, but what is inexplicable is the silence of the judiciary and the bar. Is it because the former is equally guilty through its casual approach, and the latter because this infringement of fundamental rights is good for business? Whatever the sordid reason may be, it is high time laws are put in place to compensate the victims of wrongful arrests/convictions and to punish the perpetrators. At the least, this would have a salutary effect on the way our police conduct investigations and the judges examine evidence. The people have voluntarily given the state enormous power over their lives in order to live in a just and lawful society; when the state errs in the exercise of this power it must offer reparation to its victims. Not doing so would be breaking a covenant that is the bedrock of a democracy.