Dharamshala: Onset of 2017 has not been favourable to cricket czar Anuraag Thakur, who was been cast out from the post of BCCI President by the Supreme Court for not implementing court orders on the first working day of the New Year.

The country’s top court has also issued him a notice from misleading the Supreme Court.

With the court decreeing about implementing the Lodha Committee recommendations, Anuraag’s post as President of Himachal Pradesh Cricket Association (HPCA) has also come under the scanner. 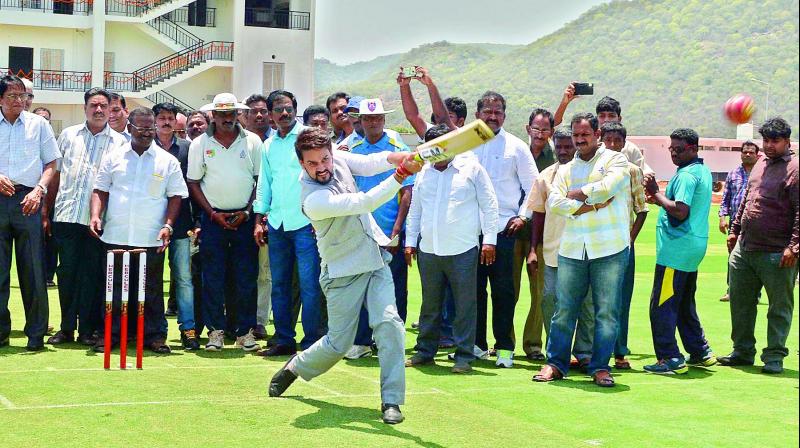 One of the recommendation of Lodha committee that was set up the Supreme Court was that no office bearer can retain any post in BCCI for more than 9 years and Anuraag Thakur has been HPCA president for the last 17 years.

BCCI happens to be the richest cricket board in the world.

Another recommendation of the committee is that no political leader should occupy a BCCI post and Anuraag who is an BJP MP will have to relinquish the HPCA post. The Constitution of HPCA would also need to be restructured as per BCCI norms which many deny his close associates important positions in HPCA.

Only recently Anuraag, son of former chief minister Prem Kumar Dhumal, was abruptly removed by BJP president Amit Shah from the post of BJYM President and Ms Poonam Mahajan from Maharashtra was asked to lead the youth wing of the party.