The principle of seniority is not sacrosanct and rightly so

The selection of new Chief of Army Staff (COAS) by the government has become a subject of discussion in national media since most political parties have jumped in the fray to accuse the government of deviating from the principle of seniority. Some have accused the government of favouritism while others want to know the reasons for overlooking seniority. A few seem to have discovered some new found love for the armed forces and are worried that this move may affect the morale of the forces adversely. One wonders where these gentlemen were when the issue of OROP was simmering or when the government failed to implement the same in its totality. But then behind every opposition move there is one constant factor – to corner the Prime Minister since most credit his rise to all the misfortunes that have befallen them and their political parties. This issue is no different.

First and foremost the principle of seniority is not sacrosanct and rightly so. The government of the day has to have the power to exercise its choice from the few candidates available at the top. It goes without saying that, barring some unforeseen circumstances, all eligible candidates have to be presumed to be suitable for the chair in question; else they would not have reached their current positions. The next question that comes to one’s mind is if all are suitable then why not just follow the seniority list blindly? The answer to this question may lie in the fact that while all may be suitable, it will be naive to assume that their expertise, experience and approach to lead the service would be similar. The age factor that determines the length of tenure of the new COAS too will come into contention. The approach and understanding of the future COAS towards the threat perceptions as seen by the government in power would be an important aspect that will certainly influence the selection. Last but not the least the comfort factor of the top political leadership in the government with the future COAS would also have a bearing on the selection. One should also keep in mind that in the services, after the lower middle level, there is selection at each step. There is no reason why this should not be so for the top most position too. Just being senior by a few days (or few months) or by virtue of the merit list based personal number at the time of commissioning cannot be the only deciding factor for the top job. 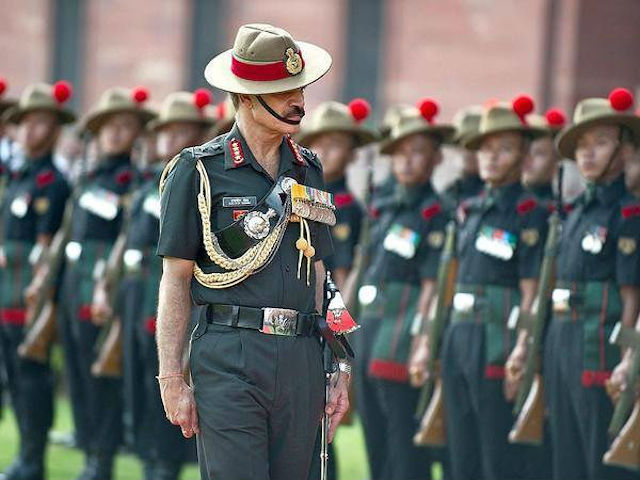 Sceptics will argue that if seniority is disregarded, it may lead to eligible candidates courting political patronage for selection to the top post. Firstly in the interests of the nation and the armed forces it will be unfair to give credence to such sceptics. It is no secret that at top positions in the forces, officers will interact with politicians and senior bureaucracy officially as well as unofficially. Such interaction is likely to result in development of some functional equations between them. At times such an equation may become personal in nature where an officer may look to promote his candidature for the top position. Given the high standards of professionalism and deep rooted apolitical stance of the Indian armed forces, it will be safe to assume that such exceptions would be very rare. One must remember that an exception only demonstrates a rule to be true since it tests the rule. To assume that all senior officers would curry favour with politicians would be degrading the officer community as a whole apart from raising some awkward questions about the quality of the leadership of the armed forces.

In all fairness it is the prerogative of the government of the day to promote the candidate it feels is best suited for the job from among all the equals in contention. There is no room to discuss this selection with the opposition parties or those outside the government. The government of the day is also not obliged to give any reasons for the selection finally made. Such issues are not for public consumption particularly as our politicians lack maturity and put vested personal interests above the needs of the nation. Congress spokesperson’s remark that the selection amounted to “whimsical cherry picking” was not only in bad taste but also highly unfair on the new COAS designate. Unfortunately motor mouth spokespersons think only of pleasing their masters in the party hierarchy instead of being sensible and correct in their statements. In the current political environment the opposition is expected to raise a storm on any decision taken by the government. This whole debate on the issue of COAS too has to be seen in that context.

On the issue of selection of new COAS, a senior retired Army officer has commented in The Citizen that “Chances of selection based on political, sycophantic and non-professional reasons may become predominant in due course, with professional and character qualities being sacrificed on account of extraneous issues.” By all counts the inference here is that those superseded were better professionally and had better character qualities apart from hinting that there is a case for of extraneous factors having come in to contention in the selection. This is being sceptical and the views are misplaced to say the least. One hopes that it is not being implied that the COAS designate is not qualified professionally or character wise to be the next Chief. On national television a retired COAS stated that the principle of seniority must be followed unless there were serious concerns like moral turpitude. With due regards to the former COAS, it is highly unlikely that an officer who is upright and displays highest integrity for over 35 years of military service to become an Army Commander could suddenly develop moral turpitude when it comes to selection for COAS. These are bizarre arguments and best avoided. Thankfully there have been some saner voices too that see nothing wrong in the selection.

There have been reports and comments about the possibility of some reservations on appointing non–infantry officers as COAS. At the best these are misleading and mischievous in nature. By the time an officer reaches the rank of a Lieutenant General he invariably has sufficient training and experience of handling multi task forces comprising of all arms and services. The responsibilities of an Indian Army Commander are more varied and larger in scope than perhaps national Armies of most countries across the world. It will be fair to assume that irrespective of their parent arm, all Army Commanders will be well versed in different aspects of modern warfare and therefore equally eligible for the top post without any bias.

As far as the armed forces are concerned, it is best they do not involve themselves in such avoidable controversies since it is well known that selection and supersession are part of life for officers once they join the armed forces. In all this debate in the media, including aspersions cast by politicians and others, no one seems to be giving a thought on how all this will affect the COAS designate. Surely this is not what he would have expected after nearly four decades of meritorious service. It is time to put the matter to rest and offer our best wishes to the new COAS since he has an onerous task ahead.