Dharamshala: An aggressive and determined opposition bent upon to disrupt the working of the 4th Day of the HP Vidhan Sabha Winter Session resorted to slogan shouting at the start of business for the day, demanding that the house and the Speaker revoke suspension of three of its members from participating in the house proceedings.

As speaker BB Butail announced the opening of the question hour, BJP members trooped into the well and started shouting slogans. In all the din, the treasury benches and the speaker conducted the question hour, with all the questions listed against the names of the opposition members remaining unanswered.

Failing to get the attention of the speaker about their demand, BJP MLAs, led by opposition leader Prem Kumar Dhumal, later staged a walkout.

Earlier in the day, three BJP MLAs Suresh Bhardwaj, Rajiv Bindal and Randhir Sharma were denied entry into the house as they had been suspended yesterday for rest of the session that concludes on 23 December. 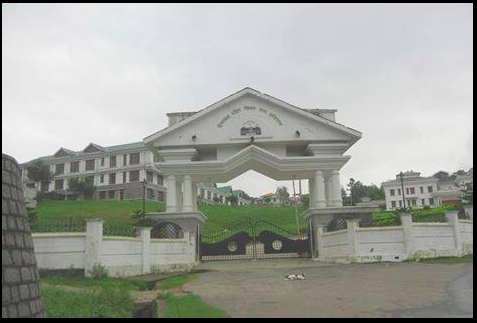 The three members raised slogans about being denied their democratic rights out side the house and were later joined by other members of the BJP legislative party.

Speaking to reporters, Dhumal, a  former chief minister said, “It is a clear case of dictatorial attitude of the Virbadhra Singh led Congress government in the state. Three of our members have been suspended without even an notice for suspension being given.”

The leader of the opposition also accused the Speaker of not conducting the business of the House in accordance to rules.

On Wednesday, Parliamentary Affairs Minister Mukesh Agnihotri had moved a motion seeking suspension of the three opposition members for rest of the winter session, for unruly behaviour and contempt of the House and the Chair.

Suresh Bharadwaj was suspended for occupying the chair of the Speaker and his two party colleagues for approaching the podium. The Chief Minister had termed the act as ‘reprehensible’.