Mandi: Police on patrol duty at Talot today stumbled upon a catch of about 4 Kgs of Charas (marijuana) for a car.

A police spokesman stated that Jagish and a woman named Raj Kaur have been arrested for ferrying the contraband in the car they were travelling in. Pradeep Kumar a resident of Kullu has also been arrested. 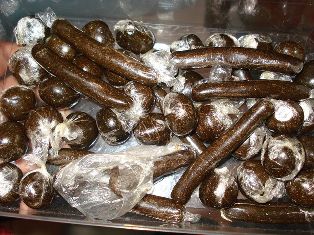 The catch is said to be valued at about 10 to 12 lakh rupees in the international market.

Only recently the state government after involving several agencies which included police, women clubs and NGOs had successfully concluded a cannabis eradication program under which the cannabis plants was uprooted and destroyed over several thousand hectares of government and private farm lands.

The state is facing a major problem of cannabis addiction among its youth.

The three arrested persons have been booked under the NDPS Act, which on conviction attracts upto 10 years in jail.