We have laid claim to be a land of non-violence, pacifism and compassion, but why has a rapidly modernising India become a menagerie of brutal beasts ?

[ The 2nd. of October is the International Day of Non-Violence.]

One of the lasting benefits of good writing, or literature, is that it holds up a mirror to society and nations, and provides a moral compass by which we can gauge the direction in which we are headed. And the truth it contains is eternal, not faded by time: in fact, these are the characteristics that distinguish great writing from ephemeral pen-pushing. This week I’d like to invite the reader to go back in time ( for the millenials, to a time before they were born) and look again at one such work.

The book is THE CONTINENT OF CIRCE by the last ” Englishman” to have left our shores, Nirad C. Choudhry, published in 1965 and winner of the Duff Cooper Prize the very next year. Too much of a thinker and straight shooter in a nation that was beginning to abandon both attributes, Nirad Babu subsequently emigrated to Oxford and thus almost certainly avoided the fate that awaited M.F.Hussain many years in the future. The title of the book is a dead giveaway of its contents. CIRCE is a goddess of Greek mythology who resided on the island of Aeaea. Skilled in the magic arts of sorcery and transmutation, she had the power to transform human beings into beasts. When the fabled Greek hero Odysseus landed on her island with his compatriots she turned all of them into animals. Nirad Choudhry’s thesis of India centers on this power.

The Indian sub-continent, he believes, is like CIRCE and makes beasts of human beings, it has a dehumanising influence on all who live, or have lived, here. Nirad babu brings all his formidable erudition and knowledge of the classics to bear on his theory. He debunks the conventional “pacifist” image of India and maintains that we have been steeped in a history of violence from the time of Asoka, through the Maurya and Gupta dynasties to the rule of the Mughals. Our culture too is a reflection of our violent genes, and he marshals the evidence to prove this, pointing to the curious fact that our greatest epics- the Ramayana, the Mahabharat, even the poems of Samundragupta- revel in the depiction of wars, betrayal, degradation of women, killings. fratricide, and so on. India has been, and is, a land of violence and beasts. Nirad Choudhry was of course roundly condemned for this formulation, this misinterpretation of our “glorious” past: but the 60’s were gentler times and he was neither crucified nor sent to jail for sedition or ” hurting the sentiments” of people. Half a century later, let us examine if he was right in his controversial conclusion, or was he simply mixing history and mythology, Greek and Indian ? 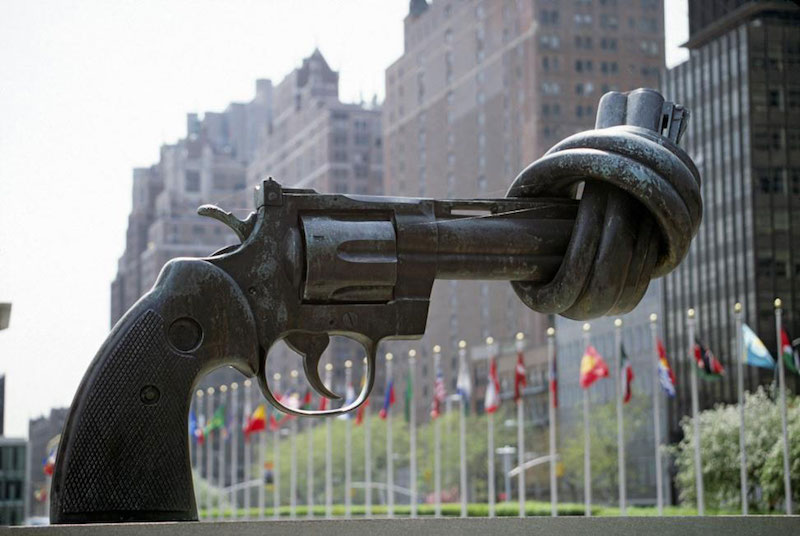 From time immemorial we have laid claim to be a land of non-violence, pacifism and compassion, and have cited as evidence our spiritual traditions, saints, vegetarianism, the Buddha, Mahatma Gandhi and Swami Vivekananda. The facts, however, appear to support Nirad Choudhry. Even if we forget our hoary past, the statistics of modern India ( post 1950) suggest that we are amongst the most violent nations on earth. Here are a few unnerving numbers:* During the Partition between 2 million and 3 million people were slaughtered, and 83000 women were raped. These are probably under estimations.

In addition there are thousands of street agitations, dharnas, gheraos, destruction of public and private property. Just look back at the Jat agitation and the violence playing out in Karnataka as we speak.

It appears we are not only an extremely violent society but also one that lacks compassion. The treatment of Dalits and women, the exploitation of the poor, the pain we inflict on animals ( these days we are on a dog killing spree in the South) are just some facets of this. Road rage is another. Refusal to help accident victims is now part of our national character. We are collectively immune to the sufferings of others, as long as our individual cocoons are not punctured. Just the other day in Delhi a woman was stabbed 26 TIMES by a jilted lover on a main road in full daylight, CCTV cameras record that at least twenty cars and one hundred pedestrians passed her while she was being slaughtered but not one person did anything to stop it. Before this, in the last month itself, Dana Manjhi, a poor tribal in Odisha was forced to carry the body of his dead wife for ten kms on his shoulders because the hospital would not spare an ambulance or hearse for him; a husband whose wife expired while on a bus was thrown out when the conductor discovered the wife was dead; in Kanpur a father with a seriously sick 11 year old son carried him in his arms from hospital to hospital begging for medical treatment; since he was a daily wage labourer he naturally couldn’t get it, and his son died in his arms. Such stories don’t even make news anymore, because they no longer shock : they have become the norm in a sick society. Nobody is ever punished- the administration and society takes it in its apathetic stride. CIRCE has done her job well.

Why has a rapidly modernising India become a menagerie of brutal beasts ? While it would require the intellect of someone like Nirad Choudhry to even come close to an answer, there are three contributing factors that one could consider:

POLITICS— Public behaviour, to a large extent, is influenced by the type of political ethics, conduct and discourse that people witness. In India today these have touched rock bottom. The type of politics we have today legitimises violence, discrimination, misogyny, elitism, factionalism and sheer lawlessness. Genuine leaders provide role models that society can aspire to; unfortunately we have no leaders today who can mould character or behaviour, they can only win votes. The conduct and statements of most so called ” leaders” only promote hatred, intolerance and regressive attitudes. The Nehrus, Patels, Boses, Kriplanis, Jayprakash Narayans and Malviyas have vanished into the mists of time and have been replaced by moral and intellectual pygmies who are taking our society down into the abyss from which they themselves have emerged.

THE STATE– In any civilised society it is the state which sets the bench mark and the bar for social values and public behaviour. It does this through enlightened legislation, their equitable enforcement and the setting of examples by practicing what it preaches. All are missing in the Indian state. Archaic laws allow husbands to rape their wives at will, LGBTs to be thrown into prison, the terminally ill to die a thousand deaths before their final release, the tribal to be dispossessed of his lands and natural resources so that someone in a city can install another AC or buy another car, a celebrity to mow down three pavement dwellers in his imported car and walk free- the list is endless. But it is these laws that are enforced strictly. The ” good” laws are rarely enforced and loopholes in them exploited liberally: the endemic corruption and apathy in the machinery of the state ensure this; rarely is anyone held accountable. And the state backs up its callousness with violence on an unprecedented scale for a free society. The message is clear- the common citizen is an animal and will be treated like one- in hospitals, police stations, railway stations and bus stands, public offices, ration shops. Very soon he starts behaving like one.

RELIGION– This has ceased to become a force that elevates or ennobles or unites; it now debases and divides. Under the supervision of zealots it no longer promotes love but preaches hatred. By segregating the Gods into mutually exclusive silos it has similarly segregated the people and encourages them to war against each other.Religion no longer guides, it commands compliance and terrorises. It has become the tool of politics of the basest kind. Let the poet put it into words:

Religion’s legal tender
A plea to maim and rape,
Priests are touts that render
Tainted service to a shape
Dark and breathing fire,
Or clad in royal attire,
Or an angle in a gyre
That spins a mystic wake.

We ceased to be a pacifist, compassionate, religious, sensitive and tolerant society long, long ago.

Nirad babu was a great admirer of Latin. Fifty years after he wrote his book, and looking down on what CIRCE has done to us, I can almost hear him whisper: