Why is there so much public apathy and aversion to offering help to the victim of any crime, even of road accidents?

On the 10th of August Mohammad Matibool was returning home from his night shift job in West Delhi when he was knocked down from behind by a tempo driver who, naturally, fled. Matibool lay on the road for about two hours, slowly bleeding to death. It is estimated that more than a hundred people passed by him but no one offered any assistance or called the police. By the time the latter arrived Matibool had taken his last breath. The police took another two hours to sort out their jurisdictional issue; Matibool’s body kept lying on the road. Delhi, of course, the great metropolis it is, did not bat an eye-lid but went about its daily business of crushing the human soul. The same avoidable tragedy plays out thousands of times on our roads every year and should make us ask some soul searching questions.

Why is there so much public apathy and aversion to offering help to the victim of any crime, even of road accidents? The Union Transport Minister has himself said that 80% of road accident fatalities (there are 150,000 of them every year) could be avoided if the victims had been offered medical assistance in the first “golden hour”. It never happens: at most people will ring up 100 and wait for the police to arrive. People just don’t want to get involved. Why not?
Its not that we are heartless as a race (although we are getting there fast) but because of attitudes in the police and the judiciary. Any good samaritan is invariably treated as a witness (if not a suspect or an accused) by the police, and as an expendable piece of trash subsequently by the courts; he has to go through days of questioning and recording of statements, years of court appearances, and sometimes even be subjected to threats and extortion demands. The Supreme Court last year ordered that any such person offering aid to a victim or bringing him/her to a hospital shall not be asked to disclose his name or personal details and shall not be summoned as witness if he doesn’t want to. Additionally, no hospital can refuse to treat such a patient, or delay it till the police arrive; police jurisdictional issues will not delay action by the police and the nearest police station will have responsibility till the jurisdiction issue, if any, is decided among themselves. Sensible pronouncements, and badly needed too. The problem is no one follows them, not the police or the hospitals, and the common citizen is too shrewd to depend on a SC judgement when, as the villain famously said in a recent film: “Aapka Constitution Gurgaon ke baad khatam ho jata hai!” (Your Constitution stops at Gurgaon). Or where the MNS on the 21st of this month WARNED the Supreme Court ” not to cross the red line of religion”! (and later defied the ban on high human pyramids for the “Dahi Handi” ritual on Janmashtmi. As a result two boys are in hospital with critical head injuries. The police have booked the organisers for contempt of court- they should actually be charged also with culpable homicide not amounting to murder). 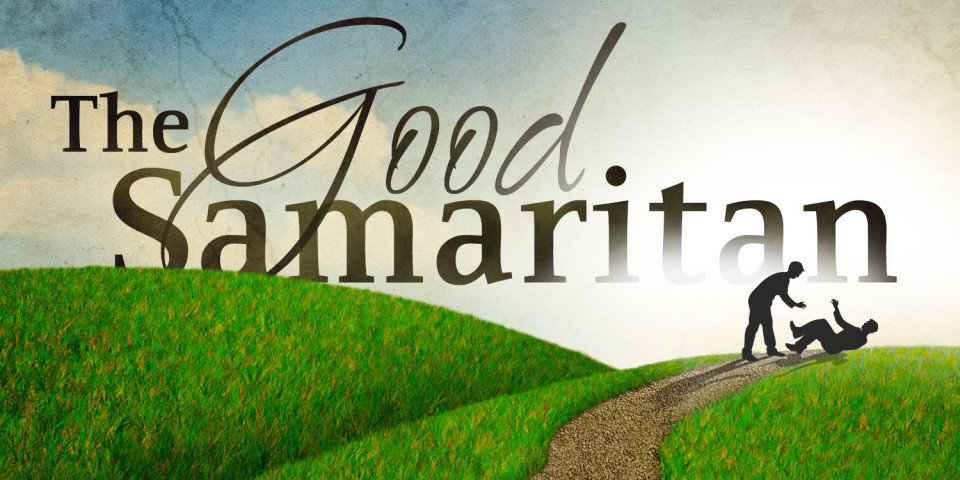 Instead of addressing the procedural tangles the Union govt. has now decided to bring in a Good Samaritan law to give legal status to these good intentions. It will, unfortunately, remain just a law on paper and the victims will continue to bleed to death on the streets of our towns. Nothing will change unless the attitude of the police and the processes of the judiciary change. The face of the criminal justice system in the country has become so disfigured that mere cosmetic changes (which is what the Good Samaritan law will be) will not suffice any longer. After all we already have laws/rulings on sedition, naming a rape victim, protection of witnesses, mandatory registration of FIRs, provision of Zero FIRs in jurisdictional dispute cases, etc. but they are rarely observed by the police who continue to carry on in their high handed manner with impunity. Therefore the new law needs to contain specific provisions for penal action against those policemen and hospitals who do not comply with it.
Judicial processes also need to be tackled/reformed in the new law. Currently, any witness in a hit-and-run case has to make endless rounds of the courts, for years together, and no one wants to subject himself to the trouble, humiliation and financial loss that this entails. The Good Samaritan law should contain a provision that no such witness would be required to appear in a police station or a  court: he should give his testimony by way of an affidavit to the Public Prosecutor, and the cross examination should also be via the same medium. This might make it easier for people to provide assistance at the spot and evidence later. Let not (to be expected) objections from the legal fraternity such as “right to confront the witness” and ” right to cross examine” etc. obstruct this reform. The law is created for the benefit of society at large and not for lawyers. The right to life supersedes the right to carry on with business as usual.
*                              *                                *                                 *
After many hours spent in deep meditation in postures that Baba Ramdev would approve of I have finally discovered why the Indian contingent returned from Rio with a lot of complaints but just two medals: our favourite sports, at which we excel, are not included in the Olympic roster! Given below is a list of these games, and  those likely to win medals in them:
JUMPING THE GUN

Mr. Amit Shah, the BJP President, when he announced victory in both Bihar and Delhi before the elections but failed at the pre-qualification stage itself. A close contender for the Silver has to be Mrs. Sushma Swaraj who announced that our admission to the Nuclear Supplier’s Group (NSG) was a  “done deal” just before the said NSG socked us in the jaw!

SHOOTING ONESELF IN THE FOOT.

No doubt about this one- Ms. Shobhaa De and her ridiculous statement about our Olympians. A BJP MP from UP gave her a scare for some moments by calling Mayawati a P******** but was disqualified when he tested positive for stimulants, which actually turned out be venom. A close contender for the bronze is another tweeter- Shivraj Chauhan, Chief Minister of MP, who tweeted a photo of himself being carried by some cops during a flood inspection tour, so he would not get his shoes wet! This attracted so much ire on social media that he clarified that he was not even aware when he was picked up by his staff ! A serial offender, surely.

The favorites are the Karnataka Chief Minister and Home Minister. They first stated that Amnesty  (of sedition fame) had not broken any laws, but the very next day clarified that ” we are not giving Amnesty a clean chit.” Mehbooba Mufti the J+K Chief Minister could however cause an upset : she used to visit stone pelters in their houses when in the Opposition, but now refuses to even visit those of the dead or dying. or to express any sympathy for them.

The Games record is held by Arnab Goswami and he is likely to retain it this time too. He never lets the facts deter him from arriving at conclusions he has pre-determined, the true mark of a sportsman- like when he hinted at Sashi Tharoor’s active involvement in his wife’s murder without any evidence, or when he pronounced Kanhaiya a seditionist and traitor long before the best legal minds in the country had NOT done so. His side-kick, Maroof Raza, also has potential but he is not versatile enough as he limits himself to Pakistani rivals only.

A version of the Decathelon, it is the most difficult of all sports as it involves expertise in three separate activities: stealing cows, beating up the owner, and extorting money for their return. Although a recent introduction to the Games, it is gaining popularity fast, especially in BJP ruled states. The players are called Gau Rakshaks.

TILTING AT WINDMILLS.
A modern version of the medieval jousting, the winner is judged on the basis of how long he or she can keep tilting away before giving up. The national record holder is Irom Sharmila of Manipur who kept at it for 17 years. A distant second was Anna Hazare who could joust only for two years before retiring to his village. Kiran Bedi was disqualified because she abandoned ship ( horse ?) to join the rivals
.
RIDING THE HIGH HORSE.

Part of the equestrian events, requiring the rider to stay on the horse for as long as possible. The nation is rooting for none other than the Prime Minister, Mr. Modi, who hasn’t dismounted ever since he took office in 2014- an Olympic and World record. It was felt that the Chief Minister of Tamil Nadu, Ms. Jayaylalitha, would give him a stiff challenge but she has started trailing ever since the Supreme Court gave her a dressing down in the matter of filing 213 defamation cases against anyone who considered her mortal.

Not to be confused with hockey, this is a sport at which our Parliamentarians are par excellence, though all government servants are pretty good at it too. Playing hookey involves collecting your salary/ allowance and then absenting yourself- from Parliament. office, school, hospital etc. etc. Every ten years the players are rewarded by a Pay Commission; naturally, therefore, it has become our national sport.

Squash, badminton or tennis are imported games and cannot possibly compare with our own racket games- ponzi and chit funds, real estate, kidnapping, defaulting on loans, extortion, cornering lucrative govt. contracts, fixing elections, and so on. Only the powerful and the privileged can take part- the audience can get so involved that they are usually in tears ( and penury) by the time the game ends.

A sport at which the government excels. The target is composed of concentric circles of journalists, NGOs, reformists, rational thinkers, critics, students- in short, anyone who does not agree with the govt. It is an easy sport to play because the size of the target keeps increasing every year as more and more groups are added. This is not a medal sport but an exhibition game since the idea is to send a message to the messengers. The judges are from an organisation called the RSS.

THE DELHI HURDLE RACE.
A popular track and field event, it involves hurdles being erected  quicker than the runner can clear them. Talent is required in both activities. The current champion in putting up hurdles is Mr. Najib Jung, the Lt. Governor of Delhi , and the runner selected by Delhiites is Arvind Kejriwal. It will be difficult to predict the winner till the last lap.
These then are the sports for which we have been genetically coded through the ages. We can beat any country at them. Since the IOA is not likely to include them at the Tokyo Olympics, however, perhaps we should organise our own Mocklympics and invite other kindred countries for them- Pakistan, North Korea, Haiti, Equador, Uganda, Sudan, Afghanistan, to name a few. Maybe we could even appoint Mallya and Lalit Modi as Brand Ambassadors, considering that even Usain Bolt can’t beat them at bolting.