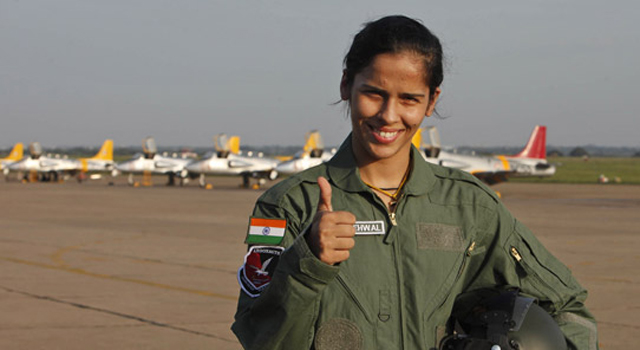 Hyderabad: For India’s top woman badminton player Saina Nehwal, it was a different experience — flying high in the sky in an Indian Air Force aircraft. 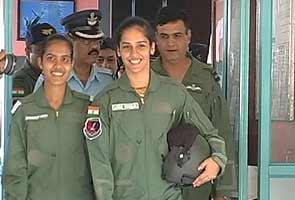 The top shuttler flew in the trainer for about half an hour after taking off from the Indian Air Force Academy in Dundigal on the outskirts of Hyderabad.

Earlier, air force officials briefed Saina about the flight and familiarised her with the nuances of flying.

After landing back at the academy, the 22-year-old admitted that she was nervous during take-off.

“As a child, every one of us dream of flying. So it’s a dream come true. It was a great honour and a great experience,” Saina told reporters.

The badminton player hoped that the experience would propel her to do event better in badminton.

Group captain N. Kapoor, who flew Saina, said she was initially nervous but was happy once they were up in the sky.

Saina was the guest of honour at the Autumn Term Inter Squadron Sports Meet at the Air Force Academy.

She also witnessed the closing ceremony of Inter Squadron Sports Championship presided over by Commandant Air Force Academy Air Marshal P.R. Sharma and interacted with officers, cadets and their families.