This city did not figure on Mr. Venkaiah Naidu's list of (to be made) Smart Cities: it doesn't need to, for it already has all the required attributes of one

I come from Kanpur in UP. In the immortal words of Bill Bryson: someone had to. Though why it had to be me I can’t understand. But it could have been worse: I could have come from next door Unnao, in which case I’d be sharing the stage with Sakshi Maharaj and giving consular advice to our Muslim brethren on how to move to Pakistan, preferably in more than one piece. And though I no longer reside in Kanpur I go there once a year to visit my Dad and furtively check his will to ensure that my name has not been struck off the list of beneficiaries

Kanpur is one heck of a smart city, and unlike Mr. Akhilesh Yadav I am not all surprised that it does not feature on Mr. Naidu’s list of (to be made) Smart cities: it doesn’t need to, for it already has all the required attributes of one.

For one, Kanpur and its four million citizens, don’t need a government: since 1857, when Nana Fadnavis was given a rousing reception here by throwing 400 Britishers down a well in today’s Nana Rao park, the city appears to have thrived without any sign of a government. God only knows what the dozens of Commissioners, DIGs, Judges and their minions do, for they certainly don’t maintain civic facilities, roads, power, water supply, law and order, public transport etc. etc. The Kanpurias do all this themselves, in one happy chaotic system which exemplifies the ideal of Anarchism – the total withering away of the state.

No one goes to the police for settling disputes: they just hire goons. Electricity is obtained by tapping into power lines, water by digging their own bore wells, transport by hopping onto one of the 40,000 cycle rickshaws that ply without any permit, entertainment by attending political rallies and beating up each other. The Supreme Court and the National Green Tribunal are a distant nuisance as the many industries joyously throw their muck into the Ganga to join the the thousands of crores which the government has already thrown into it. The difference, however, is stark: the muck is visible, the money is not. 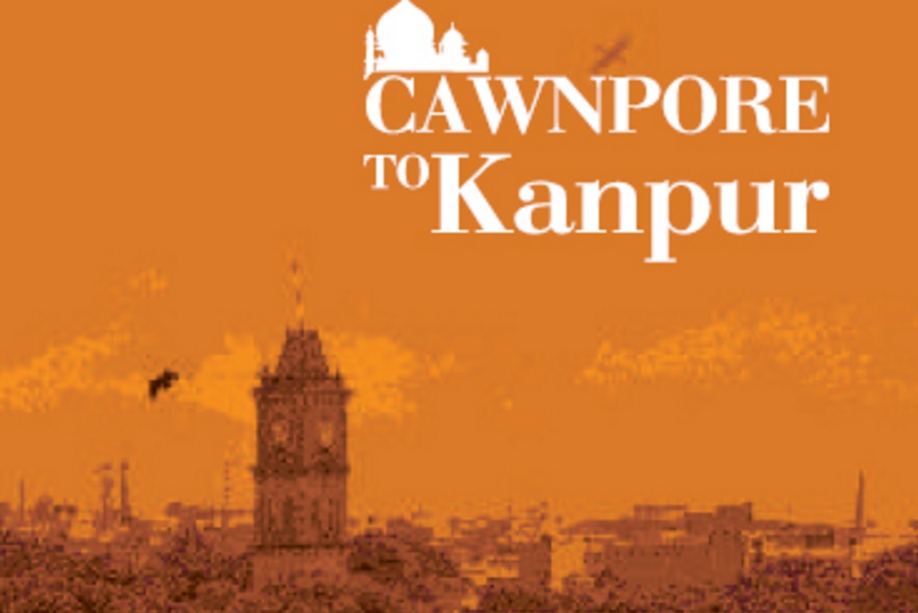 The good burghers of Kanpur love the IAS. Every family wants the son to join the IAS and the daughter to be married to an IAS officer. Most sons, however, end up as LDCs in the AG office if they are lucky, or as lawyers if they are not. The law is a respected profession here and I’m told there are more than 30,000 lawyers in the district courts. Now, this may appear excessive, but consider this: in Kanpur it takes five lawyers to prepare an affidavit: one to look up the legal terminology, one to draft the document, and three to hold down the deponent so that he doesn’t run away to any of the other 29,995 lawyers. There isn’t adequate space for so many lawyers in the district courts and so the bar has devised an ingenious system for beating the odds: half of them are on strike at any given time.

So much for the sons of soil buried beneath tons of toil. The daughters just HAVE to have an IAS groom, and for this their doting fathers will go to any length short of kidnapping (kidnapping has been tried but abandoned since it’s extremely difficult to get rid of an IAS officer once he is ensured free hospitality). In deference to the market economy, everything has been monetised, and there is a graded scale of dowry payment: 1X for appearing in the UPSC exam, 2X for clearing the prelims, 4X for passing the mains, 6X for getting selected, 8X for getting UP as the home state. One of my batch mates (who was in the 8X category) was approached by a prospective suitor who offered him a choice of three car models (there were only three back then) if he said “Aye”: an Ambassador, a Fiat Padmini and a Standard Herald. Said batchmate took the Ambassador; he has since then upgraded the model (the wife, not the car).

Kanpur has a very innovative approach to education, as I discovered when in 1970 I joined Christ Church College (yes, there were colleges even back then) for an MA in English. My first choice was Delhi University but it would have nothing to do with any potential Naxalite from Calcutta. On my first day at CCC I discovered that in Kanpur English was taught in Hindi and the essence of the course was to be a good translator. But even here there was much to be desired. For example, the word ” Misunderstanding” was usually translated as ” Ladki neeche khadi hai” (The girl is standing below). My three years in St. Xavier’s College, Calcutta, instinctively urged me that this was not correct, and so at the first chance I moved on to Hindu College, Delhi, where the understanding of English is better; ” Misunderstanding” in Hindu College means a ” broad minded girl”- not entirely correct perhaps, but certainly an improvement on a girl who merely stands under the stairs!

Kanpur is well represented among the elite of India: Mr. Murli Manohar Joshi (of Moorkh Darshak fame) is our reluctant representative in Parliament, PAN PARAG Pan Masala is our answer to e-Commerce, Sunil Gavaskar is our municipal son-in-law since his wife Marshneil belongs to the city, Aseem Trivedi the cartoonist is our Freedom of Speech champion. We don’t as yet have any distinguished alumni in Tihar jail, but we do have a prime candidate in Mr. Sri Prakash Jaiswal, the ex-Coal Minister and are hopeful that this minor deficiency will be rectified once the coal scam cases are decided by the CBI courts.

For me Kanpur’s biggest claim to fame, however, is its street food – at the risk of offending Vir Sanghvi I must declare that it is the best in the country. All of it has been copied by every other state but nowhere else can you get the original, authentic taste of its culinary standard bearers: the TUNDA KABAB and BOTI, the KACHORIS of Double Hathras, the MOTICHOOR LADDOOS of Banarsi Mishthan Bhandar, the PEDAS of Sita Ram, the MAKKHAN MALAI of Birhana Road, the gossamer light tendrils of whipped cream which can only be churned out by the falling dew of early morning (given the vulgar name of Daulat-ki-chat in Delhi), the PURI-AALOO of Arjun Singh, the BADNAM KULFI and FALOODA of Parade. One can stay in the city for two weeks, eat three times a day and yet never eat the same dish twice.

Kanpur is a city sans any historical baggage or hoary cultural traditions; it doesn’t have the intellectual overburden of Allahabad, or the religious fripperies of Benaras, or the effete urbane refinement of Lucknow. What it has instead is a generic vigour, the ability to innovate and adapt, the art of cocking a snook at the mandarins of governments, and the momentum to carve out its own path. It is unstoppable. It demonstrates Newton’s first law of motion – that an object, once set in motion, will continue to be in motion unless it is stopped by some external force. That external force does not as yet exist. And that’s precisely the reason why, long after Lucknow, Allahabad and Benaras have declined into genteel oblivion Kanpur will continue to be a Smart city, whether Mr. Venkaiah Naidu likes it or not.

And that is also the reason why I keep going to Kanpur. My Dad’s will is just an excuse – I have a feeling he has decided to dump my name from the document the moment he can locate the DELETE button.