We Indian men are supposed to be peaceful, gentle, spiritual, respectful and passionate. At least that’s what you would think if you read the scriptures, holy books and history books of India. We are supposed to be courageous and chivalrous. But when I look around me that is not what I see. While I don’t expect every Indian male to live up to the standards set by great men in the past, we could do without some of the disgusting habits that we have embraced as a collective. We don’t need to be great men but at least we can learn to be civil and decent men. 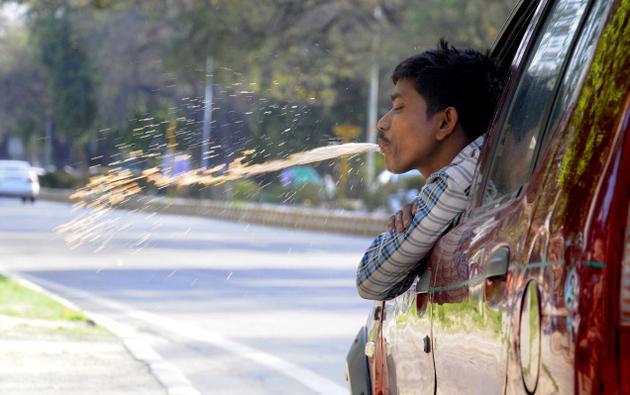 This habit is the direct result of millions of Indian men eating gutkha. While the major argument against gutkha is that it kills you, we can also argue that if people stopped eating gutkha the streets would be a cleaner place. The habit has become so ingrained that now people spit even if they are not eating gutkha or paan. For some reason Indian men have related the act of spitting to looking macho and this perception needs to end. Spitting looks disgusting, is unhygienic and makes every place dirty. 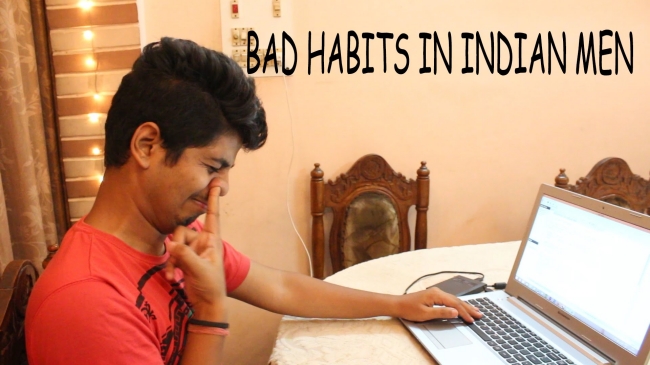 Us Indians have been gifted (or cursed) with big noses. But it doesn’t mean that we should go around digging our nose in public. I accept that it is a strangely pleasurable act but please restrain it to the privacy of your bathrooms. Another related disgusting habit is of clearing your blocked nose on the side of the street. It is even more disgusting than spitting and we need to stop doing it right away.

Indian cuisine is not the best cuisine to help in digestion. We cook for the pleasure of our tongue while our stomach has to deal with the consequences. And when you have indigestion it is not easy to control when and where you fart. Having said that, we can still learn a little restraint when it comes to farting in public. It will make trains, buses and other crowded areas a little less stinky and a little more bearable. Remember that our large noses are not meant to live in a stinky world. 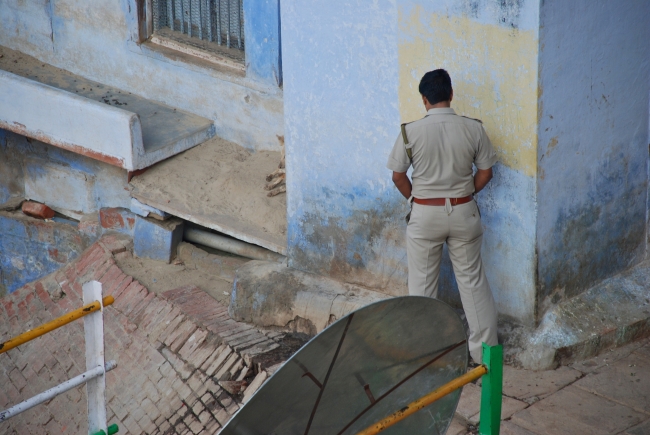 4. Pissing on the Road

This is one habit that a lot of men are actually proud of. It seems we still have the animal instinct of marking our territory with our urine. Men seem proud to piss on the side of the streets. Even if a toilet is nearby they’ll prefer to piss in the open. While travelling on a highway or hiking in a forest it is acceptable to piss in the open, there is no reason to do it in cities. I will accept that there should be more public urinals and they should be better maintained but still it is no excuse to being proud of pissing on the road.

Leering is a habit of Indian men that they are not even aware of. Most men don’t even know what leering means. To leer means to stare or gaze in an unpleasant or malicious way. All Indian men, irrespective of cast, color, creed, religion, class or economic background, leer unashamedly whenever any woman comes into the range of their eyesight. This is a fact that I have observed all over India and even outside India. We do it because most of us don’t even know that it is rude to stare at someone, especially women. This habit is a sign of the inherent misogyny that is present among Indian men.

Okay, so eve teasing is not something that every Indian man does. But a lot of us do it for it to be on this list. Most men have done eve teasing in their youth even if they have stopped after getting married. It is just one step further from leering. For some reason young men think it’s cool to tease a girl. Maybe it’s because Indian heroes have teased heroines in almost every movie. In the movies the girl doesn’t like it at first but eventually says yes. This is a wrong signal that again shows how much respect we have for women in general. Eve teasing is not cool and that’s a fact. 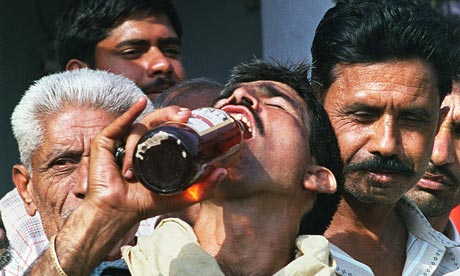 The habit that causes most harm is the habit of drinking too much. In India there is no point in drinking if you are not going to pass out or vomit at the end of the night. I don’t understand this habit at all. Western countries have a culture that is far more acceptable of drinking and still drinking is a bigger problem in India. It’s only because in the west people drink moderately while in India a man’s manliness is measured by how much he can drink. We get drunk out of our minds and then get into fights with other men or our wives. We feel we drive better when we are drunk and don’t think it is right that drunk driving should be illegal. We look suspiciously at any man who orders a pint of beer or a small peg of whiskey. In short our whole outlook towards drinking needs to change and the first step has to be to stop drinking too much.