Where a state has failed to protect our right to livelihood, what would we do with empty voting rights - Shiv Ram

Manali: Rendered jobless by National Green Tribunal curtailing tourism activities along the route to Rohtang Pass, many villagers in Manali valley have announced a boycott of the upcoming panchayat elections as a mark of protest against the government for failing to protect their right livelihood.

Residents of Burua panchayat over (1350 voters) in upper Manali, 400 families from Palchan panchayat and more that 2500 local taxi operators have announced that they would be boycotting the panchayat polls.

Members of Shanag panchayat are also considering a boycott and have called for an emergency meeting to decide a course of action. 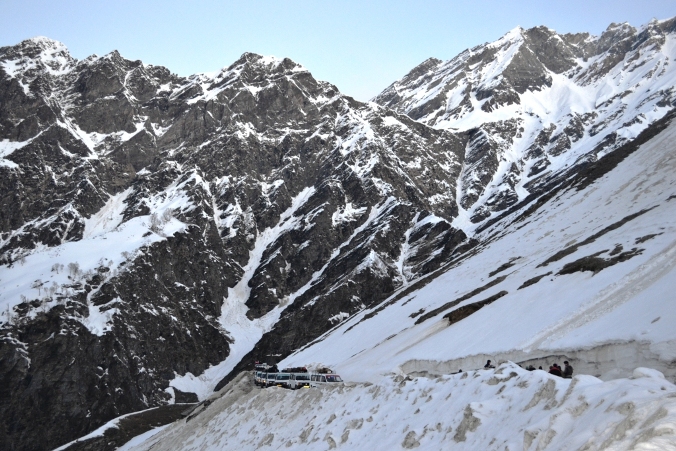 The villagers have let Hill Post know that though the National Green Tribunal (NGT) has asked the state government to draw up a rehabilitation and resettlement (R&R) plan for affected people by the green order, the government is deliberately not doing anything and the villagers were not being taken in confidence for making a policy about it.

It was on July 6, 2015 that NGT banned all commercial tourism activities on Rohtang Pass. The Himachal Pradesh government was directed to make an R&R plan for resuming tourism activities but till date it had failed to come up with anything.

Shiv Ram, a resident from one of the villages that has announced its intention to boycott the elections said, “None of us will participate in the panchayat elections, none will vote or file nominations for any seat.”

“Where a state has failed to protect our right to livelihood, what would we do with empty voting rights,” he added.

With winter having set in on the high altitude pass, from November 30 access to Marhi and Rohtang Pass stands closed till next summer, when army engineers would be able to cut through mounds of snow to access Lahaul valley by a land route again.

The tough NGT order had first stopped movement of all tourist vehicles to the pass on August 14 but later had permitted 1000 tourist vehicles (400 diesel and 600 petrol driven) daily to go to Rohtang after being issued permits on a first come first basis by the district administration till November 30.

The Tribunal had even asked the government to introduce CNG or battery operated vehicles. A trial run of CNG buses to the pass had proved a success.

From December to May the route remains snowbound, closing the earning season for allied tourism activities on the route to Rohtang.