Shimla: Six passengers, including two women, have died and another 17 are injured in a early morning bus accident today.

The accident happened at about 7 a.m. when the driver of a private bus (HP 6B 1551) lost control of the vehicle near Machhada bridge, near Duttnagar and about 100 Kms from Shimla in Satluj River valley, and it fell into a rivulet. 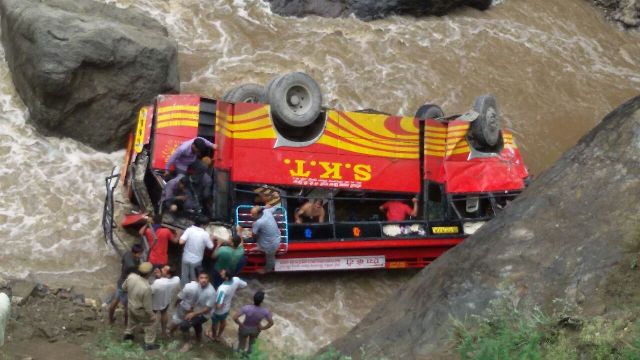 There were about 25 passengers in the bus when the accident occurred. The bus was on its way from Jeori to Shimla. 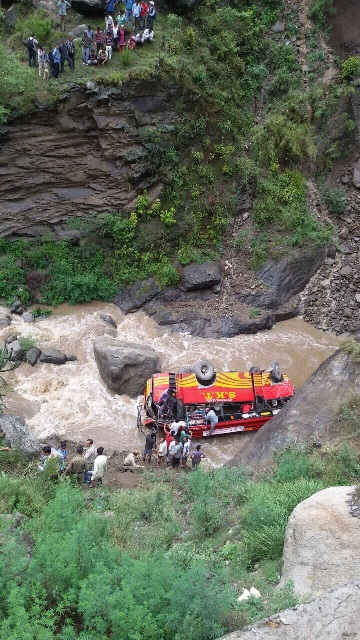 District police officials disclosed that 6 bodies had been recovered from the accident site. The injured have been rushed to regional hospital Khaneri at Rampur. Possibility of more bodies lying trapped under the bus wreckage that was lying in the fast flowing rivulet was not ruled out. 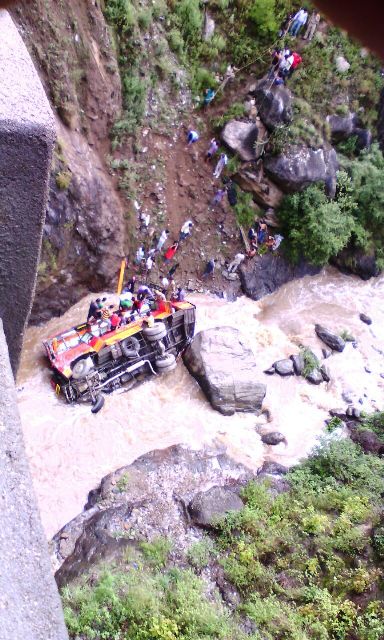 Eyewitnesses said that the driver lost control when the bus is said to have skidded because of mud and slush, following heavy overnight rains, lying on the road.