Shimla: Four people were lynched by an uncontrollable mob, six are injured, including three critically in a brutal fight that witnessed gunfire between a contractor and labour unions at the newly established IIT Mandi campus.

District police chief Mohit Chawla (SP) over phone from IIT Mandi campus let Hill Post know that the situation has been brought under control and heavy police has been deployed.

He said “four people have died and 6 others are injured.” Independent sources said that of the injured, three were in a critical condition. 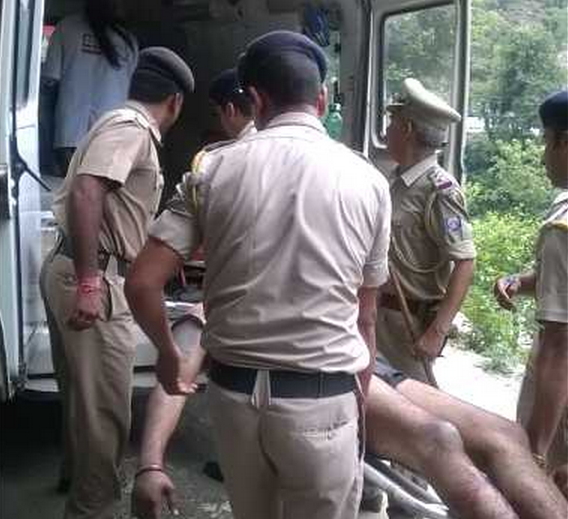 Preliminary reports are that the fight was a result of a dispute between labourers and contractors working in establishing the new campus.

Labour with two of the three sub-contractors executing the IIT Mandi campus contract are said to have been on strike over wages and allowances, while the labour engaged by the third contractor did not join them. Tension in trying to force the other labourers to join the strike resulted in the contractors private security men firing upon the striking labourers.

While no one died because of the firing, the striking labourers retorted back with a vengeance and lynched 4 private security guards and 5 others were injured in the clash. Some vehicles were also torched in the violence.

The situation on the campus continues to be tense and police reserve force from Pandoh that was requisitioned has been stationed to contain any further violence.