Shimla: Heritage being considered an economic asset that is responsible for driving much of the hospitality and tourism sectors in many countries, Indian National Trust for Art and Cultural Heritage (INTACH) toady opened a two day Heritage Education Workshop here to impart the values of conserving culture and inheritance.

Speaking at the inaugural function Mrs Upma Chaudhry, additional chief secretary Language, Art & Culture, said, “heritage was an inheritance and it was a challenge before us to conserve it, enrich it and pass it onto the next generations.”

As the chief guest at the functioin held at the prestigious St Bede’s collges Mrs Chaudhry pointed out that heritage was irreversible and countries like USA and Australia, which do not have such a rich and diverse culture as India but have preserved whatever they have with great care.

Besides students from the college, 10 schools are participating at the workshop. Mr Raaja Bhasin, co-convener INTACH Himachal said that though India was unable to match many other countries in infrastructure or in terms of economic power, but there was hardly any other country that had such a rich and diverse heritage and culture.

“Heritage is a hardcore economic asset that drives the economy of hospitality and tourism,” said Raaja adding that purpose of the workshop was to articulate about one’s culture and heritage. He even talked about the various cultural zones with special reference to Himachal Pradesh.

Dr. Purnima Dutt, Head, Heritage Education Department, INTACH in her presentation explained at length about the Natural heritage comprising of mountains, water bodies, animals, trees etc. The culture associated with the customs, traditions, cuisine, clothing, lifestyle, folk tales and music was discussed as a part of our National Heritage.

She showed visuals dealing with the rich Ancient History and presented a historical background of the monuments. She also gave some innovative suggestions for organizing activities for the students. Films made by students from various parts of India were shown towards the end of her presentation.

Interacting with the students Mrs. Malvika Pathania asked the students to become active for the cause of protecting our culture and heritage. INTACH also has drawn up plans to start heritage clubs in the state. 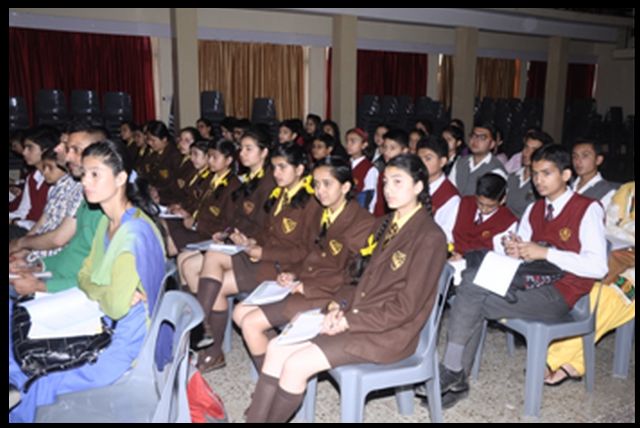 Speaking to Hill Post Dr Beena John, Principal St Bede’s College said that the college had already drawn up plans of setting up a heritage museum before INTACH came up with plans of hold a workshop in the college. St Bede’s happens to be one of the oldest girl colleges in all of south Asia.