‘One thousand enemies outside are better than one within’ was what Winston Churchill said long ago. The Indian nation today suffers from the reverse situation. There is only one enemy outside the nation but hundreds within the nation’s parliament.

A lot of noise has been made by our parliamentarians in the Parliament on the issue of the rape of a nun in West Bengal. But then most of our MPs can only make noise since that is all that they are capable of. None of them has any real concern for the issue or the problem in hand. How else can one explain the working, or non working, of the Indian parliament? Non -issues like a routine security drill at the residence of Mr Rahul Gandhi becomes a case of political espionage and takes centre stage in the parliament to bring the house business to a halt. Same is the case for an incident of rape that takes place in West Bengal that is nearly 2000 km away from the national capital. 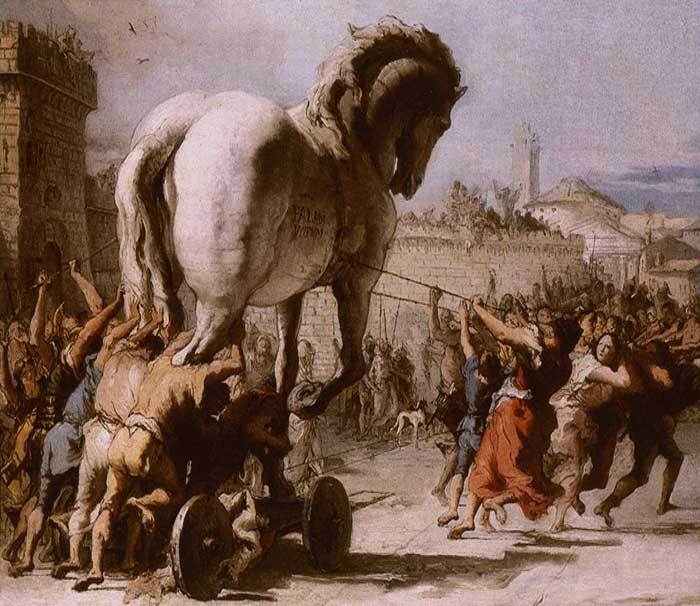 A multitude of indirectly elected members of the upper house, who have put aside difference for purely for self survival, can bring the work of duly elected members of the lower house to a nought. Does this mean that the mandate given by the majority of voters in the country in the lower house is of no value? It is no secret that most members of the upper house are given a ticket by their party for reasons that are far removed from their capabilities. Invariably they are accommodated by their parties since they do not have the ability to win elections on their own even in their home states. Dr Manmohan Singh, Mr Anand Sharma, Mr Mani Shankar Aiyar, Mr AK Anthony, Mr Gulam Nabi Azad and Ms Mayawati are prime examples of this largesse on part of their respective parties.

The problem is principally that of quality of the elected representatives. Most are there only to make up the numbers for their respective parties and enjoy the fruits of their electoral win, whichever way they come. Every issue in the parliament tends to become a BJP versus Congress issue, just like the debates on Times Now. The house secretariat and the speaker are incapable of ensuring any semblance of discipline in the house. Most members have no respect for any house authority since that is how they have been brought up in their lives where listening to authority is considered an act of sin and weakness.

Breaking rules is the way of life for most of them and carrying forward that attitude in the parliament comes easy to them. This poor quality of elected representatives, both at the centre and in states, has cost the nation dear over the last four decades. The worry is that the deterioration graph seems to be pointing northwards only across the nation.

The Aam Admi Party (AAP) in Delhi came as a breath of fresh air but the recent happenings within the party and the question mark over the conduct of its leaders, particularly Mr Kejriwal, leaves little doubt that they too are in the same mold. This state of affairs does not auger well for the nation, both for the present and in the long run. Unfortunately there does not seem to be any solution in sight since the people who have to find a solution to this national shame are themselves the epitomes of uncouthness, indiscipline and at the forefront of breaking all rules in all walks of life.

The present NDA government at the centre has some fine people on board duly led by Mr Modi who without a doubt wants to do well by his motherland. Mr Modi and his team’s sincerity and commitment are unquestionable. Unfortunately most opposition parties, Congress included, cannot lay claim to similar attributes. It is also no secret that most opposition parties are convinced that the sad plight that they are in today is only due to one common enemy – Mr Modi. Therefore the need to present a united front against Mr Modi and his government even if it means that Mr Laloo Prasad must embrace Mr Mulayam Singh Yadav or TMC (Mamta Banerjee) must hold hands with CPI (M) in the parliament.

Decimated Congress party is trying to find a new lease of life by being anti-Modi in anything and everything. This only shows that ideology, beliefs and progress of the nation have given way to convenience and survival for most opposition parties. The oft repeated age old adage ‘the enemy of my enemy is my friend’ is amply proved in the Indian political context of late. One wishes that Indian politicians would also remember another adage ‘you are my enemy, as I am yours, but even enemies can show respect’.

Both, the treasury and opposition benches, will do well to remember that the responsibility for the nation’s progress and well being befalls equally on both. All members of parliament, without exception, have been charged with that responsibility by the voters. In the final analysis the work done by the parliament has to be viewed as a joint effort of all members. Somewhere Indian parliamentarians have forgotten another saying attributed to Winston Churchill ‘if there is no enemy within, the enemies outside cannot hurt you’.

One only hopes that good sense will prevail in the next session of the parliament – Amen?