That the arms mafia has been hounding General VK Singh from the time he was Army Chief because he exposed corruption is quite well known.

Even as foreign media eulogized the magnificent job done by him recently in overseeing thousands of Indians and foreigners Yemen (India’s Operation ‘Rahat’) and post a tweet by Prime Minister Narendra Modi himself, the Indian mainstream media sheepishly did mention General VK Singh’s his name albeit heaping praise on Air India and some on the Indian Navy. But then vilification of Narendra Modi has been one of the most specious and vicious campaign spanning more than a decade in India’s history is hardly know to majority population of India, and it still appears lingering on at home and abroad. The many presstitutes involved in the plot are too known to few though more people are aware of their wealth, assets and fame they have achieved for ‘paid’ services rendered.

The campaign goes on abroad. And so on BBC Newsnight on 16 May 2014 covering the Indian General Election, the presenter Yalda Hakim referred to Mr Modi as “What can you expect from such a controversial figure”, “To some he has blood on his hands”, “Modi is India’s most divisive politician, his involvement in the 2002 Gujarat riots has been especially controversial” and the like.

Yalda Hakim kept on talking about Muslims killed in Godhra without any mention how many Hindus were killed including how many (women and children included) were deliberately attacked and roasted alive in bolted railway bogeys with fire bombs. She appeared regaled in referring to BJP and Modi as Hindu Nationalist but shouldn’t she then admit she is serving in a Christian Government of Christian Nationalists for the bucks she earns.

She also appeared enjoying comments by her feline colleague Anish Kapoor chortling, “India’s dreamed itself a dream with a mass murderer as its main character”. The fact that Anish has stayed in London since 1970’s, would hardly know what happened in Godhra and did the bidding he was asked to is not surprising.

Looking back, the hard fact was that BBC did know and yet engineered the said Newsnight parody, why? Is it because Britain must follow what Uncle Sam does? ‘Obama quietly reverses Hillary’s “get Modi” policy’, an article in The Sunday Guardian dated 6th June 2014, the author says this was ostensibly for the 2002 Gujarat riots, but in actuality “for taking stands that may be different from that favoured by the US administration” — in the words of a senior analyst in New York. However, Hillary’s actions would also be linked to Sant Singh Chatwal who funds the Republicans and is linked with the now out of power political mafia in New Delhi. 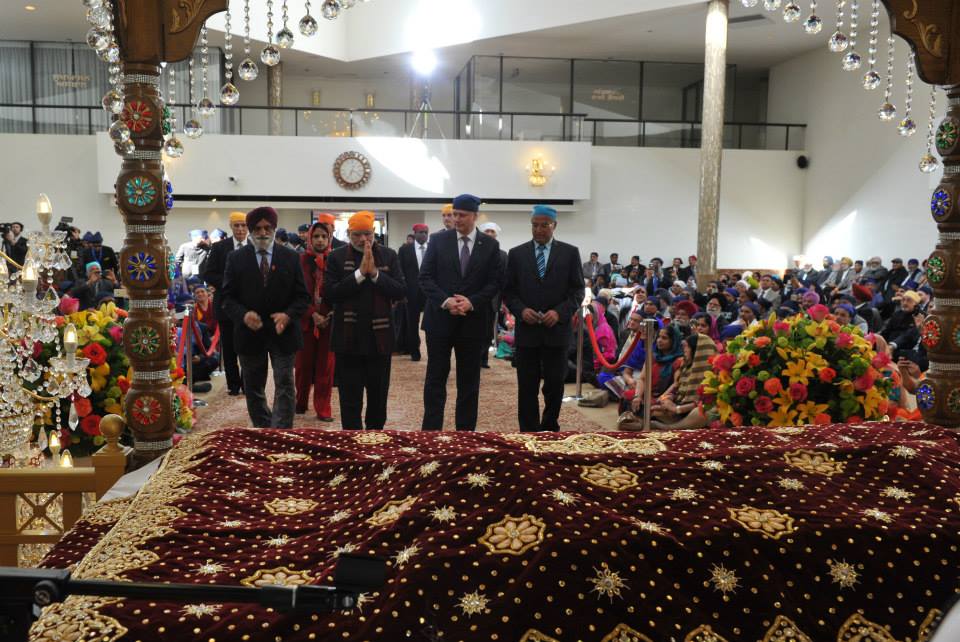 The BBC Newsnight coincided with a similar program on Al Jazeera that featured Shruti Kapila from Cambridge University, journo Bharat Bhushan and former diplomat KC Singh performing their ‘paid’ jobs very well – all spewing venom against Narendra Modi similar to the BBC Newnight. KC Singh went to the extent of saying, Mr Modi has not apologized for Godhra”. Earlier, KC Singh quoting TKA Nair had disclosed on national TV, Manmohan Singh’s wish to get Bikram Singh as the army chief that led to establishment of the ‘Line of Succession’ and deliberate cutting short of the tenure of VK Singh as army chief.

The same KC Singh on a CNN-IBN program had admitted that the then PM’s Office had sanctioned the diatribe against Gen VK Singh while the latter’s case of date of birth was still sub-judice in the Supreme Court – six back to back articles written in the Tribune published from Chandigarh. Look at the irony in this country. On one hand, Gen VK Singh was officially being described as “outstanding” and simultaneously orders were issued to unofficially tarnish him as much as possible. But then VK Singh was small compared to Narendra Modi. It is the same KC Singh who post exposure of the Track II recommendation to withdraw from Siachen ignoring severe strategic disadvantages, tried to justify the recommendations at India International Centre, earning only brickbats including from a former army chief. It is amusing to see, same KC Singh now part of a new Think Tank that has half the buddies from the infamous Siachen Track II preaching fresh strategic initiatives.

But coming back to BBC Newsnight of 16 May 2014, a terse letter in this regard was written by Ms Priti Patel, MP from Witham UK to Lord Tony Hall, Director General BBC on 19th May 2014. Whether Tony Hall replied is not known but if he did, it would most likely be some sort of roundabout cover up. One can presume the British public wouldn’t have an inkling of the massive character assassination of Mr Modi at the political level orchestrated by the political mafia in India in conjunction Western forces inimical to Indian interests; preferring a weak manipulative India to a strong one. Of course Western Think Tanks prior to Indian elections were agog with speculative fear that Mr Modi post getting elected may get closer to China. But if the British population does not know what actually happened on ground in Gujarat in 2002 that is no surprise because in India itself, the political mafia did not let the actual facts be known to the public through presstitutes, especially since the only weapon that the then ruling coalition had against Mr Modi was the cooked up story of his mishandling of Godhra riots and anti-Muslim face – both far removed from the reality.

It would be good for Lord Tony Hall, his BBC employees and the British media to be made aware of the comprehensive article titled ‘Godhra: The True Story by Nicole Elfi“.

Since the British accredit themselves with proprietary, logically BBC should correct itself, render an apology to Prime Minister Narendra Modi and make amends by interviewing Nicole Elfi live on BBC and do a story on the actual happenings of what happened in Godhra. The fact remains that going beyond Godhra, BBC has had a clear anti-India and pro-Pakistan bias over past so many years, which is very easy to discern. This despite all the loot and atrocities during British rule in India, divide and rule policy, willful corruption of Indian history by the likes of Lord TB Macaulay, and the ultimate deceit of handing over Skardu to Pakistan at the time of Partition despite presence of Indian forces, thereby ensuring that India’s ground link with Afghanistan through the Wakhan Corridor is severed forever.

To top this, you have people like William Dalrymple accusing India of being the main problem in Afghanistan. And lo, BBC (under shall we say a ‘Christian Government’ – replying in the same vein as BBC and British media does) accuses Prime Minister of “divisive politics”. The fact that UK is on leash of the US was quite crystal when despite the British Parliament rejecting the US plan to bomb Syria, the British Prime Minister still stated that he is with Obama. So was it actually ‘Britain Defence’, the top mercenary outfit in UK that provided the chemical bomb to the rebels in Syria, as reported by Russian intelligence having intercepted conversations between top executives of the mercenary organization?

As regards reference to Mr Modi like ‘blood on his hands’, BBC needs to look into the mirror and examine how much blood is on the hand of Britain. John Pilger in his article ‘In Ukraine, the US is Dragging Us Towards War with Russia’, dated 14 May 2014 published in ‘The News’ writes, “Every year the American historian William Blum publishes his ‘updated summary of the record of US foreign policy’ which shows that, since 1945, the US has tried to overthrow more than 50 governments, many of them democratically elected; grossly interfered in elections in 30 countries; bombed the civilian populations of 30 countries; used chemical and biological weapons; and attempted to assassinate foreign leaders”. He adds, “In many cases Britain has been a collaborator”.
It would be good for the India media as well to bring out the true story of Godhra, particularly the electronic media holding TV interviews and discussions. An interview incorporating Priti Patel, Mark Tully and the like should be interesting and educative. Time for the presstitutes in India to make amends as well.