Nation’s Missing Baba finally returned after wandering around for 57 days. No one still knows where he was for that period or what he did during that sabbatical. That the Congress could keep all this as a secret in itself is commendable. Many among them must be wishing that they could have done the same with details of Coalgate, 2G Scam or the Commonwealth Games scam among many others. Unfortunately they could not and it cost them dearly in the last general elections.

Rahul Gandhi is back with renewed physical energy and fully charged but unfortunately in terms of content and wisdom there appears to be no change. So whatever he did or with whom so ever he was during his long sabbatical, really did not help the Congress’ cause.  His first speech at the Kissan rally in Delhi, being termed as the Rahul Gandhi re-launch event, was more gas than content. While the farmers gathered in thousands to hear about how their current plight where rains have destroyed their crops partly could be addressed, Mr Gandhi was all charged up to lecture them on the Land Acquisition Bill that is being tabled in the Lok Sabha in current session. Many among the audience showed their disappointment on the obvious disconnect with the Congress leader, so much so that by the time the Congress President came to speak, many had started leaving the venue. Of course Rahul’s speech writers can always be blamed for the fiasco. After all Baba can only be a mouth piece, he cannot be expected to do the thinking too. He has shown it so many times that thinking does not come to him naturally nor has he any desire to make up for this short coming. After all he is the heir apparent and may be the Congress President in the near future. The family has and will continue to reap the benefits of political sycophancy that is deep rooted in Congress culture and is the trade mark of senior Congress leadership. 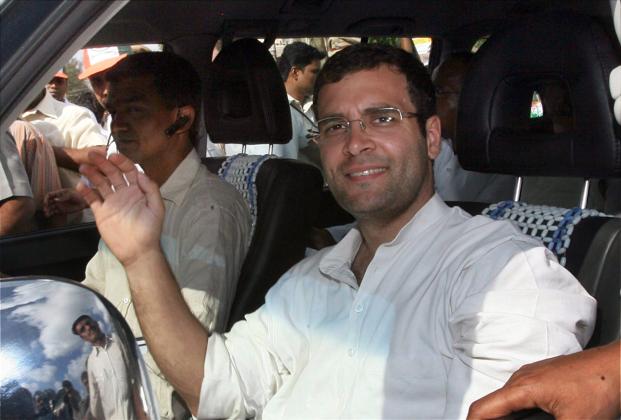 It is anybody’s guess if Rahul Baba has even read the proposed Land Acquisition Bill from start to end. In all probability he has not and therefore has to relay on whatever inputs his think tank gives to him. No wonder then that there are hardly any specific points that have been made by him in his two speeches, first one at the Kissan Rally and the next one in the parliament on the opening day of the current session. Has he been able to puncture any specific holes in the draft document that has been presented by the government? The answer is in the negative since Rahul has more or less avoided any specifics in his speeches. All that he has harped is that the bill is both Anti- Farmer and Anti- Poor. He expects the specific reasons for this charge to be fathomed by the thousands of farmers, mostly illiterate, who came to his rally by themselves. The other focus of his speech at the rally was how ‘WE’ meaning his family mainly, gave the farmers doles of money in yester years on some pretext or the other apart from writing off thousands of crores of loans given to farmers by state controlled banks. If that is governance and an answer to the problems of the agrarian sector, then God help our country. Having failed miserably to address the issues facing the farming sector for last so many decades, the Congress is now adopting the ‘dog in the manger’ attitude. Congress’ mantra and Rahul’s line of thinking seems to be that since we could not find a solution to the problem, we will not allow anyone else to do so either.

His terming Mr Narendra Modi as ‘your Prime Minister’ to treasury benches in the parliament was indeed a childish and unbecoming way of referring to the Prime Minister of the country. If that logic is carried forward, then he will possibly be referred to as ‘Mama’s Prime Minister’ if he ever achieves that goal because it is obvious that the only person who really sees him as Prime Ministerial material is his mother. Similarly his repeated use of the pronoun ‘we’ seemed to refer more to the Gandhi – Nehru family rather than the Congress party. His assertion that Mr Modi took loans of crores of rupees from corporate sector to fight the election and will pay them back by acquiring farmers’ land cheaply can only draw a few smirks from within his party ranks. All others will just dismiss it as a frivolous statement not worth the paper it is written on. In short Mr Rahul Gandhi’s conduct left a lot to be desired. He will do well to remember what Benjamin Disraeli said long ago ‘Circumstances are beyond human control, but our conduct is in our own power’. Circumstances were out of control of the party since corruption had become a way of life within Congress with each leader trying to outdo the other in reaching greater heights in their quest for looting the nation. The senior leadership including the Prime Minister and party President refused to intervene even though it was within their power to do so. They are guilty of conducting themselves in a manner that was not in national interests. If the senior leadership had conducted themselves with honesty and dignity, possibly the Congress party would not have found itself in such a state today where it is struggling to find an identity in the Lok Sabha.

Finally, in respect to Congress in India for last six decades, it will be worthwhile for Rahul and the party as a whole to recall what Phaedrus, a Greek interlocutor, said long back ‘Everyone ought to bear patiently the results of his own conduct’. The Congress party has failed the nation in more ways than one, particularly in the last ten years when it was in power under Dr Manmohan Singh as the Prime Minister and Mrs Sonia Gandhi as the party president. It is time Rahul advises himself and all those who matter in his party to be patient and bear the results of their misconduct and lack of dedication towards the nation. It will be in the party’s interests to concentrate more on rebuilding the organisation from within rather than focus of picking holes in everything and anything that the current government does for the nation. If he is really serious and genuinely concerned about the plight of the farmers in the nation he needs to focus on two aspects. First he must analyse and understand how successive Congress governments failed the nation in this regard. Once that is clear to him he will be in a better position to know what is required to be done to bring some meaningful changes in the lives of the farmers in our country. The second step would be to try and be a constructive opposition in the parliament. This implies working with the government to bring forth suitable legislation by participating in the process instead of only mouthing the slogan that Modi government is ‘anti farmer and anti poor’. But then this is easier said than done. It brings to memory how Ambrose Bierce, an American journalist, defined politics. He said ‘Politics: A strife of interests masquerading as a contest of principles. The conduct of public affairs for private advantage’. This defines exactly what Congress has been doing in last few decades. Is it any wonder then that today nearly every Congress leader of substance can boast of millions of rupees as personal assets? It is anybody’s guess where they came from.

(In the 16th Lok Sabha the average wealth of a Congress party MP is over Rs 16 Crores, based on declared assets!)