Shimla: Sharp shooting hunters shot dead a leopard that was suspected to have turned a man eater in Satulj valley near Rampur after a three year old girl was mauled to death about a week ago. 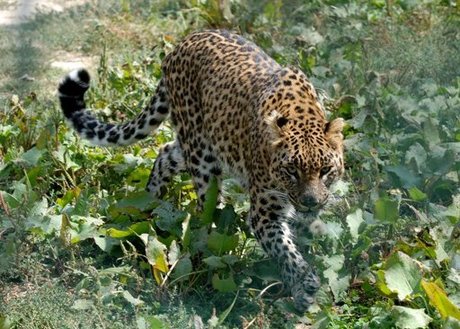 tted in Pashaad forest and one of the hunters got to shoot the animal.

“The leopard was measured to be 6 feet and 6 inches long, weighed 40 kilograms and is estimated to have been about 5 years of age,” Amit Sharma, deputy forest officer of Rampur disclosed. “The animal was shot from 35 meters range, he added.

The hunters and the wildlife wardens had evoked the Wildlife (Protection) Act, 1972 to declare the leopard as dangerous to human life.

Efforts were made to trap the animal by setting up bait cages in several locations, said Sharma.

A team of accredited hunters headed by state wildlife board member Ashish Das Gupta, was deployed for a week said the forest official.

A week ago in the evening hours a leopard had lifted Riya, a three year old girl, from her backyard and before her mother’s eyes from Khaneri village in Rampur – about 130 Kms from Shimla.

Searching villagers had found the half eaten body of the girl next morning.