It is not often you see a Hindi movie that focuses on the common man and his idea of love. Dum Laga ke Haisha is a movie with which so many of us will be able to relate at some level or the other. In the 21st century India might be the only nation where young couples are married off with just the consent of their parents. The idea of sharing space with a complete stranger without the mutual consent of both the parties, can be a scary one. 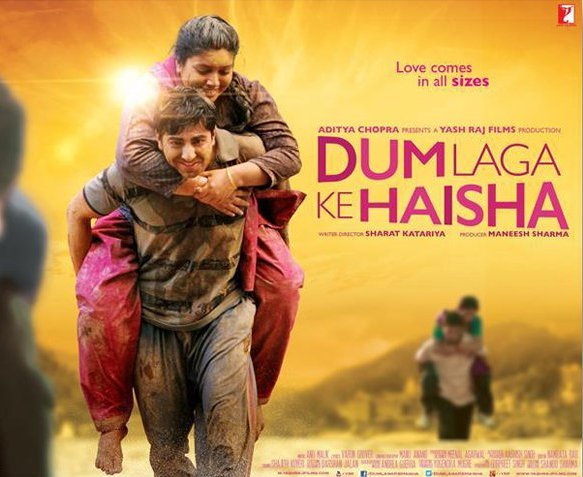 Bollywood plays a major role in forming the idea of the perfect spouse in our minds. Some of us would want to marry somebody who looks like a distant cousin of Madhuri Dixit Nene and others would like their husband to have the gait of Ranveer Singh. But when that does not happen, we are forced to take off our rose tinted glasses and face the reality that is staring at us. Dum Laga ke Haisha is beautifully and delicately directed by Sharat Katariya. He has no bias towards any gender and offers a very fair account of things. In the movie you will empathize with both the young bride and the groom on whom this marriage was forced.

The movie is based in Haridwar in the 1990’s when romance was best personified by singing love duets sung by Kumar Sanu. The hero, played by Ayushman Khurrana, longs to marry a woman who has some resemblance to a movie star. But he is forced by his family to get into an alliance, which will be beneficial for all but him. Ayushman Khurrana should pat himself on the back for a performance that rightly reflects his versatility as an actor. And, heave a sigh of relief, finally a hit under his belt. 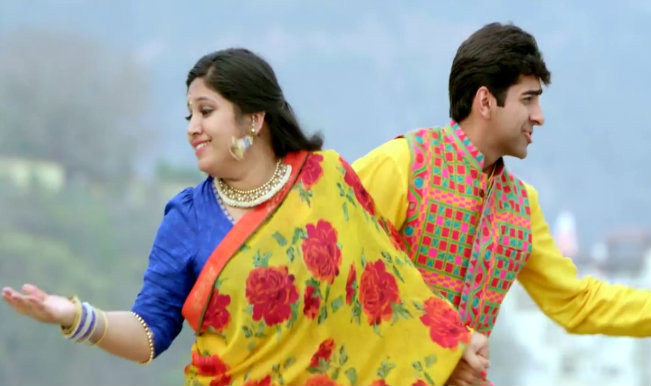 However, the surprise package of the movie is the leading lady, played by Bhumi Pednekar. Let us warn you that if you will Google her after reading this review, in the present day she does not resemble the lady in the movie at all. The twist in the tale, is the fact that she is a pretty looking, well-educated girl, but with some serious weight issues. Bhumi is an employee at YRF, and does not come across as a newcomer at all. She portrays a woman who has been dumped because of her figure! But mind you she does not take it lying down and puts up a fair and square fight for her self-respect.

The movie is rigged with many humorous moments, and crisp dialogues that will ensure that you do not have a dull moment. The supporting cast lead by Sanjay Mishra does a commendable job and manages to lift this simple household story to a very delectable level. 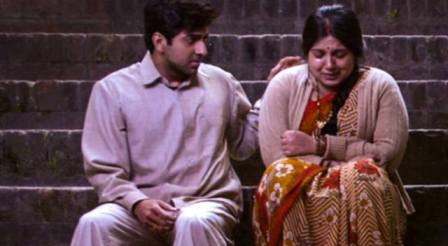 The sound department offers the audience music that compliments the setting of the movie. It is the substantial contribution of sound engineers and sound-recording mixers like Shajith Koyeri and Anuj Mathur, that makes this movie a surprise hit.

A special mention needs to be made of the cameraman Piyush Acharya here, who makes Haridwar look so romantic and almost Venice like. The flowing Ganga in the backdrop and the falling light in the pebbled streets only hightens the mental dilemma the leading pair are going through. Pankaj Kumar needs a mention for picking the most suited wardrobe for the cast. It is movies like these from huge production houses like YRF, that inspire filmmakers to experiment and create cinema that is heart felt.

The movie might sound lame, and a fat heroine might not be inspiring enough for you to go to the theatre. But wait till you hear that the lyrics of all the songs have been written by Varun Grover, an IITan. You might just end up hearing the song ‘Moh Moh ke Dhage’ on loop for some time.

On the whole the movie is a must one-time watch, for cinemagoers who are tired of the thumkas and the jhumkas and want to feel special for a change.

We give the movie-