Fast growing to be a composite power player, SJVN – the Mini Ratna public sector power company, has spread out to arrest alternate sources of energy by commissioning the Khirvire Wind Energy Plant.

Spread out over 51.3 hectares of a windswept area in Khirvire and Kombhalne village of Ahmednagar district in Maharashtra, the plant is regularly generating clean and green energy. The Khirvire Wind Power Plant, a zero emission power project, supplies electricity into the Maharashtra Grid. 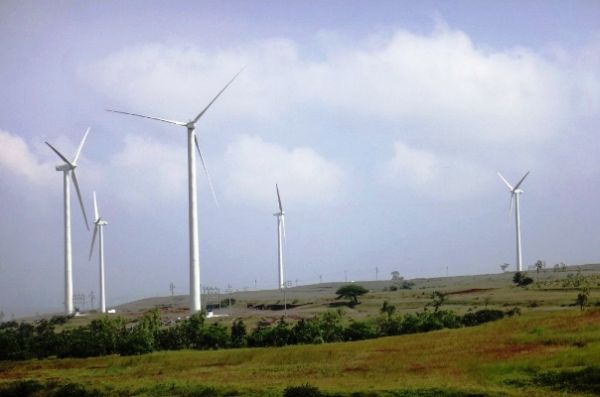 This wind energy farm is estimated to help in reducing a carbon emission footprint by 82,073 tons of CO2 equivalent, annually. Along with CO2, the project has zero CH4 (methane) and N2O (nitrous oxide) emissions. The Greenfield project with no activity on the site after implementation qualifies the wind energy plant for being a Clean Development Mechanism (CDM) Project. As a CDM plant, this business vertical of the profit making SJVN, in time will enable the company to tap and trade in the international carbon markets, something that strengthens the viability of the venture.  By using an inexhaustible source of energy for electricity generation, the Khirvire wind plant is making its contribution towards conserving the nations resources.

With a generating capacity of 47.6 MW, the Khirvire Wind Power Plant makes use of 56 wind powered turbines to generate about 85.65 million units (MU) of power annually. Each turbine has the capacity to generate 850 kV of energy. The wind turbines make use of wind speeds to generate clean electricity which is supplied to the newly commissioned “All India Synchronized National Grid”. The electricity generated at the wind energy farm is being pooled at the Akole Grid Sub-station through a 132 KV transmission line.

The project was executed on a turnkey basis where the contract for setting up the energy farm was awarded on 14th December 2012 and the completed plant was commissioned on 20th May, 2014.

SJVN raised no public funding or sought any loans from any organization for investing in this project. All funds needed for executing the wind energy plant were met from the internal sources of the company.