Recently I came across a very suggestive poster while surfing the internet. It carries the caption from John Lennon’s legendary song, “Imagine a world without religion” and shows Manhattan skyline with twin towers of WTC intact and strikingly noticeable. This poster makes us realise that if there were no religion – or no organised religion, to be precise – the world would have been saved of so much bloodshed and conflicts. In the Indian context, there would have been no partition and the resultant carnage, no 1984 riots, no Bombay train blasts and so on. Internationally, there would have been no Israeli-Palestinian wars, no nine-eleven, no Serb-Croat-Muslim massacres, no Taliban to blow up ancient statues, no merciless killings of 140-plus innocent children in the Army School at Peshawar and no recent heartless slaughter of 12 people at satirical newspaper Charlie Hebdo in Paris last week. 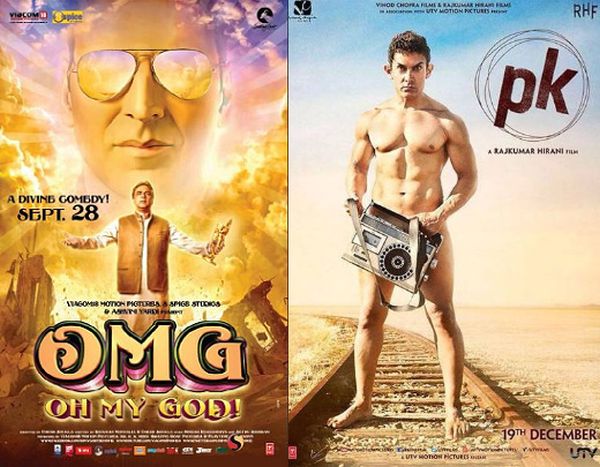 The religious bigotry, which is at the root of all these crimes against humanity springs from blind faith, indoctrination, and lack of education and rational upbringing. The sickness of narrow religious views and its appeasement by political and social organisations have crippled our country for centuries. The biggest weapon against this malaise, it is said, is education. But, ironically, we are a nation where well educated people, scientists, doctors and engineers pay obeisance to obscure deities, consult horoscopes, wear stones and observe fasts to please Gods, and attend satsangs of religious Gurus of dubious reputation like Asarams and Rampals. Thus, we see, even education has failed to shake the Indian people out of their irrational religious beliefs and superstitions.

In this bleak scenario, I feel that our electronic media, the TV and films, can play an important role. The huge popularity of thought provoking satirical movies like “OMG-Oh My God” (2012) and more recent one, “PK” (2014) indicate a welcome trend. Both are witty and incisive spoofs on the superstitious religious rituals and self-styled spurious Godmen in our society. 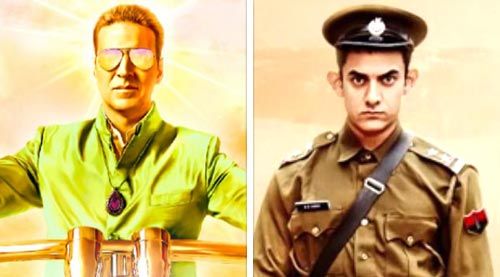 ‘OMG’ is a satirical comedy, produced by celebrity-actor Akshay Kumar in 2012, with a story line similar to Australian movie, “The Man Who Sued God”. It is an entertaining blend of satire and fantasy attempting to expose the commercialisation of religion in Indian society. The protagonist is a middle-class atheist Hindu shopkeeper, exquisitely played by Paresh Rawal, who takes cudgels against thekedars of all the major religions stuck together and, ironically, he is helped in his endeavours by none other than a heroic Hindu God, Shri Krishna, played by Akshay Kumar himself. He mouths crisp dialogues laced with penetrating wit and, again ironically, quotations from Hindu, Muslim and Christian scriptures ridiculing the irrationalities inherent in the practice of these very religions. ‘OMG’ raised sporadic controversies but grossed millions at the box-office giving credence to the notion that our society is still pervious to rationalism if served with grace and wit.

Rajkumar Hirani’s “PK” takes up another fantasy script to ridicule the superstitious culture of our nation. Here, Amir Khan is a green-eyed, wide-eared alien, instead of an atheist shopkeeper of “OMG”, who is dropped on this planet on a research mission. He is bewildered by the religious mumbo-jumbo prevailing here, the dubious Godmen working as mediators between the human beings and the divine and the ludicrous ways by which the faithful try to please their Gods. He is not argumentative like the atheist protagonist of ‘OMG’, but in his naive and innocent way raises relevant questions regarding the existence of God and methods of approaching Him. Raju Hirani was well aware that he is going to ruffle a few feathers by touching this touchy subject. Like the TV producer (Boman Irani), he seems to be quite apprehensive of the ‘trishul’ waiting somewhere in the hands of Bajrangi Dal or VHP mobs ready to stab his posterior.

But we can safely ignore the protests and controversy generated by this movie as most of the vandalism engineered by these learned men of right-wing groups like Bajrang Dal and VHP was limited to a few cities like Ahmadabad and Agra. And moreover, no right thinking man or organisation was involved in these protests. This “sentiments-of-community-have-been-hurt” uproar could not stop the continued successful run of ‘PK’ at the box office. It became the highest grossing film in India and the first to enter the coveted 300-crore club.

We are a nation where even a post-graduate in science stops his car and waits when a cat crosses the road. But huge success of movies like ‘OMG’ and ‘PK’ here is a heartening sign, like a breath of fresh air. It shows that at least the people who are exposed to education here but still believe in superstitious beliefs are half-aware of their follies. And if they can laugh at their follies, they can very well come out of them.

Ranbir Parmar is a freelance columnist. He lives in Shimla.