Kullu: To beautify Kullu, a popular tourist destination in Beas River valley, the local municipal council has drawn up a development plan to give the place a facelift in coming days.

The council authorities disclosed that a plan had been drawn up to develop a circular road all around Dhalpur ground, the venue for holding the famous Kullu Dushera festival, while a pedestrian path is to be developed for the comfort of residents so as to  avoid congested traffic lanes for them. 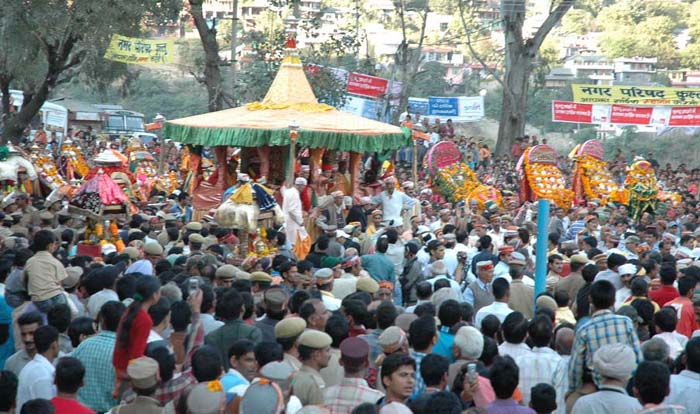 Manu Sharma, vice president of Kullu municipal council let Hill Post know that a liberal budget was needed to execute this development plan, which was under active consideration of public works department.

“Dhalpur ground is proposed to be developed like an attractive Mall Road that can be used for leisurely walks, while a road for small vehicles would be developed behind the old SBI building to Bhutti Chok,” said Sharma.

He added that a budget of Rs 50 lakhs had been sanctioned for maintenance and modifications for the footpath at Dhalpur, which presently was being used by street vendors for business activities that defaced the places looks.

“Instead a proper place was would be marked for street vendors where they could carry out their business activities in a more organized way,” he said.

When asked about the administrations push to improve the scenic value of the historic township, Kullu deputy commissioner Rakesh Kanwar said, “we will try to develop this town in a better way so as to attract more tourists for it will help in adding to the economic activity of Kullu valley residents.

Kanwar said that a proposal for development of Kullu was under consideration and the budget for it was being worked out.