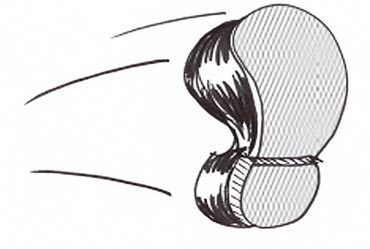 In the course of last 15 years, a lot of them fell on the ground, dropped into the seas and some did hit their targets. Some, surprisingly like the mysterious MH 370 flight, simply went missing, never to be found. The number of shoes that have now been hurled at the wanton flag-flyers is rising and keeping track of the hits and misses is fast becoming a part of Who’s Who list.

People at the striking end of a ‘shoe-attack’, appear to put on a iron-clad resistance and continue, unfazed with whatever they are up to. It not only seems eerily inhuman, it probably characterizes one of man’s new found survival abilities – in the face of the shoe.

In the latest case, Jitan Ram Manjhi, chief minister of Bihar, one just can’t help it but there is no surprise element to the incident. The dreaded shoe attack is nowhere close to what Manjhi usually dishes out as part and parcel of his job on a daily basis. His is a case we might have foreseen coming.

That said, there is the curious case, like that of Arvind Kejriwal, a man who has been slapped, hurled tomatoes and stones at; and you just wonder if his idea of a self-proclaimed Aam Aadmi label had anything to do with inviting a scathing shoe attack. Ever since then the Aam Aadmi cadres can be forgiven for surveying shoelaces of people showing up at their conferences. The next man bending down to do his laces has got a lot more on his mind than listen to Aam Aadmi ideology.

The shoe-attack, of course, is not an Indian patent. Grabbing global attention and interest, George Bush, then the president of United States of America, was caught by surprise, when one day addressing a press conference in Iraq, he noticed a strange object flying at him.

“It’s a plane, it’s a bird”…………..but the cowboy President was not caught off guard. He ducked in time and the object went swishing past to fall on no man’s land and revealed its identity…..”NO it’s a shoe.”

The shocker shoe was seriously contemplated as a branding advertising campaign by global marketers of international shoe brands. The very act stood patented.

A country shattered by a brutal onslaught looking for weapons of mass destruction (WMD) – Iraq stood out by flinging a ‘shoe attack’, truly a WMD, hurled at President Bush.