Shimla: Documenting the macro-social account of Himachal Pradesh’s achievements, a World Bank study released here today recorded that land reforms introduced in the 1950s and the 1970s as being the foundation for social inclusion in the state. 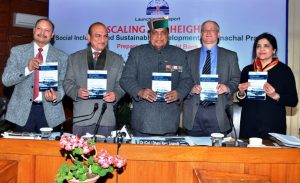 Presenting the study Scaling The Heights World Bank lead social development specialist Maitreyi Bordia Das flagged the state’s case as one of being an ‘unsung hero.’  The study prominently notes that between 1993-94 and 2011, rural poverty declined in Himachal Pradesh “from 36.8 to 8.5% – a fourfold decline, impressive by any standard.” 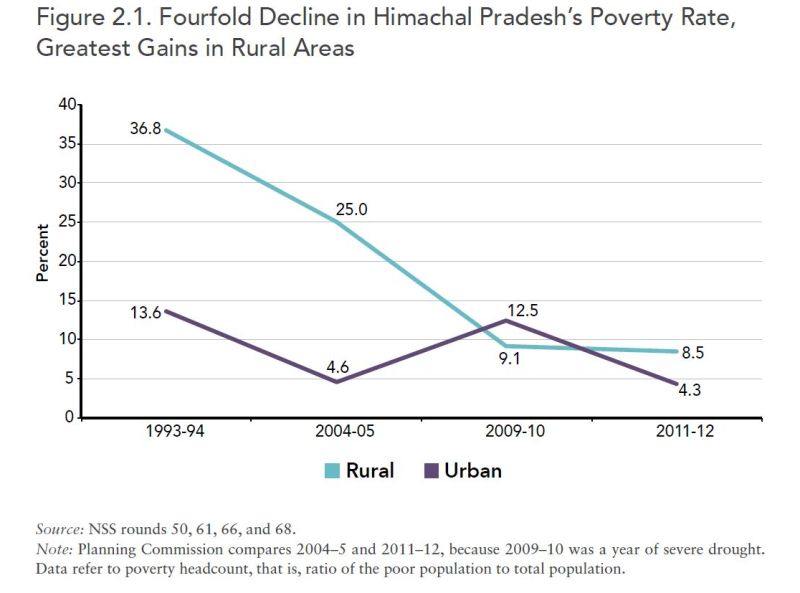 In the introduction to the study World Bank program leader South Asian Region John Blomquest mentioned “this was a first of its kind study for Himachal Pradesh.”

Almost 80 percent of rural households in the state possess some land; distribution of land across social groups is also more equal in Himachal Pradesh compared to its neighbours and to rest of India. Majority of households possess less than one hectare and medium or large farmer account for only 4 percent of all landholdings – the study points out. 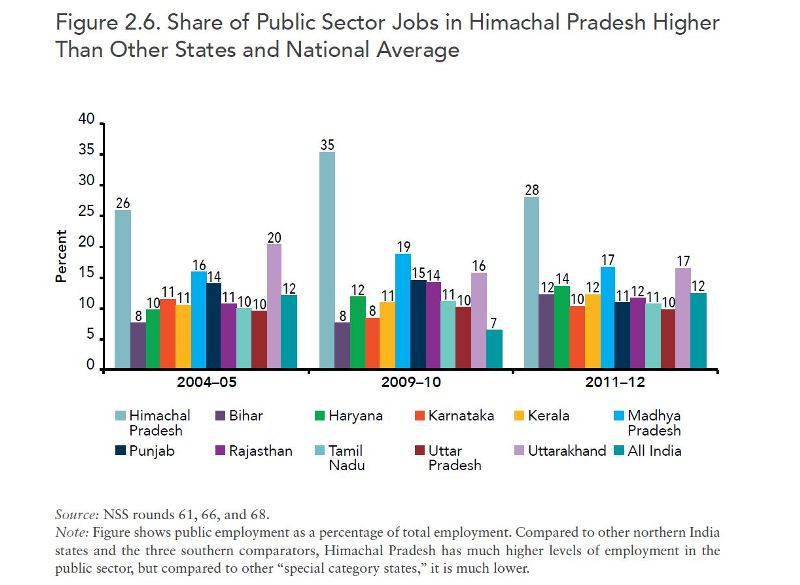 In 2011-12 about 63 % of rural women reported themselves as being employed which is second to Sikkim in female labour force participation. However the study also observed, “Much of this is driven by the fact that women in rural areas in HP are more than twise as likely as their male counterparts to report themselves as being self-employed in agriculture.”

High rates of labour force participation are driven primarily by ‘large public sector jobs as part of an implicit social contract’ that gets reflected in the high wage bill of the states budget and secondly by agriculture as it remains the mainstay of the rural economy. 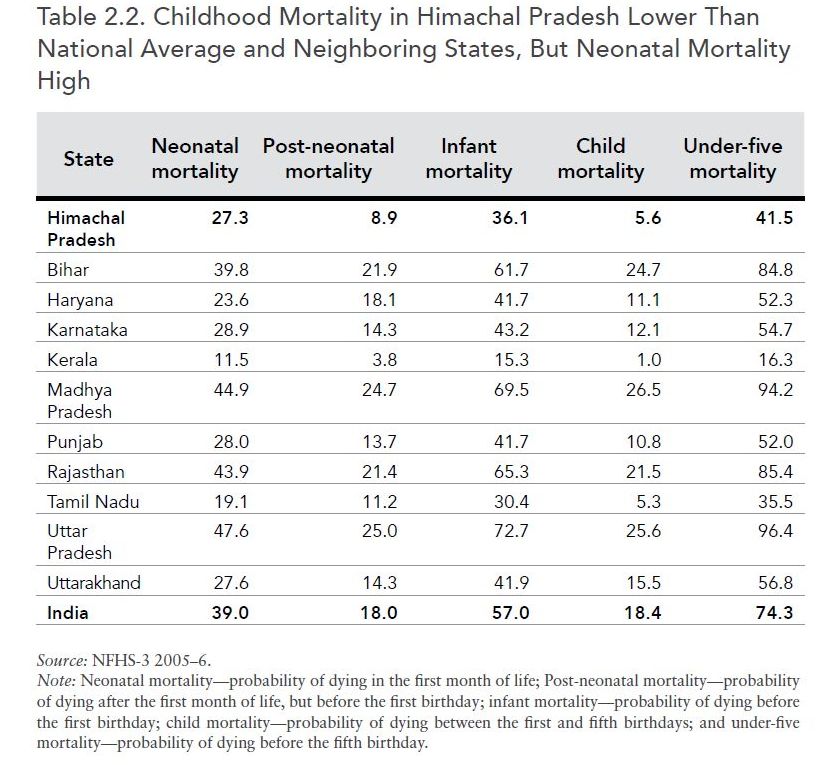 The study establishes that governments do play an important role in reducing poverty as the case of Himachal shows what can be done in one generation, said Das. The sanitation drive was close to achieving an open defecation free status for the state, she said.

Based on the National Sample Survey (NSS) of 2011-12 the study while noting that Himachal Pradesh has the lowest share of individuals with no education among northern states, the lead social specialist however pointed out that quality of education being imparted was an area of concern. 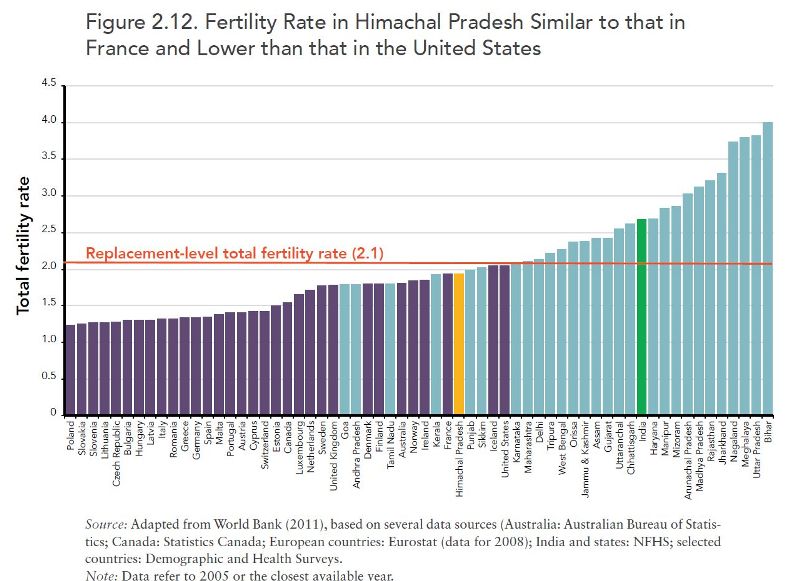 The study also raised concerns about child sex ratio adverse to girls, child malnutrition , rising population of senior citizens and the states ability to sustain its environment as the economy shifts from a public sector spend one to a market driven one.

Commenting on the presentation additional chief secretary Tarun Shridhar said that the state had doling incentives to backwardness by providing additional subsidies and it was time that the policy needed a re-look by offering incentives for development and progress instead. 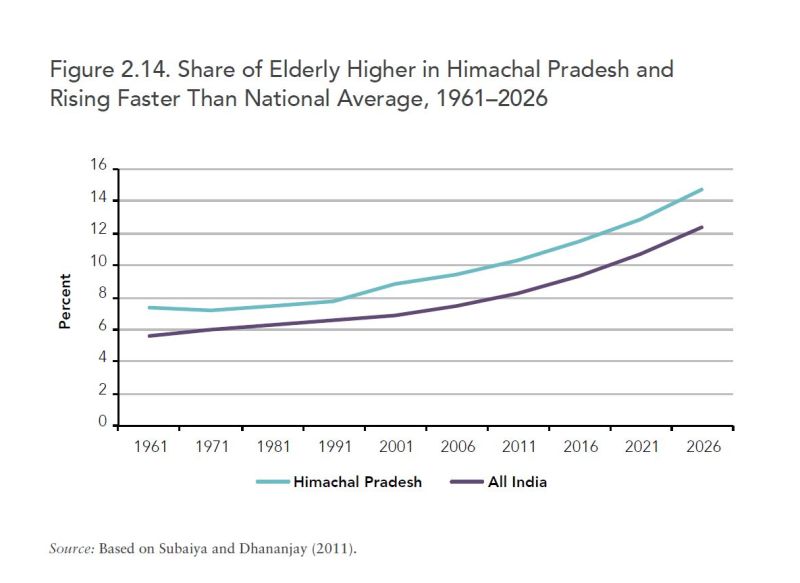