Manali: Taking a tough stance, the administration here pulled down 50 structures at Bahang on the Manali Rohtang Pass road to implement a National Green Tribunal decree that has declared these eateries and other stalls as unauthorized and illegal. 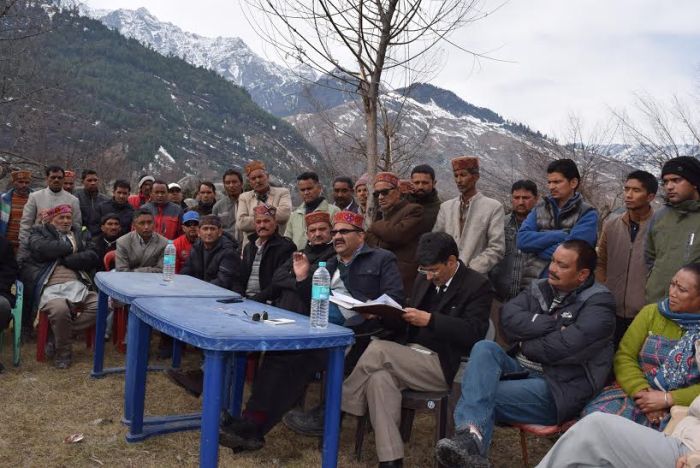 Owners of the stalls did put up resistance and were refusing to vacate the premises that forced the district magistrate to serve up a vacation notice but those who had not voluntarily pulled down the structures by last day of the year were forcefully bulldozed down yesterday.

A team led by Tehsildar Manali had inspected the whole area and asked the encroachers to vacate the lands. The drive to remove unauthorized structures from Manali-Rohtang highway is beginning to turn violent as local residents have started opposing the legal action. 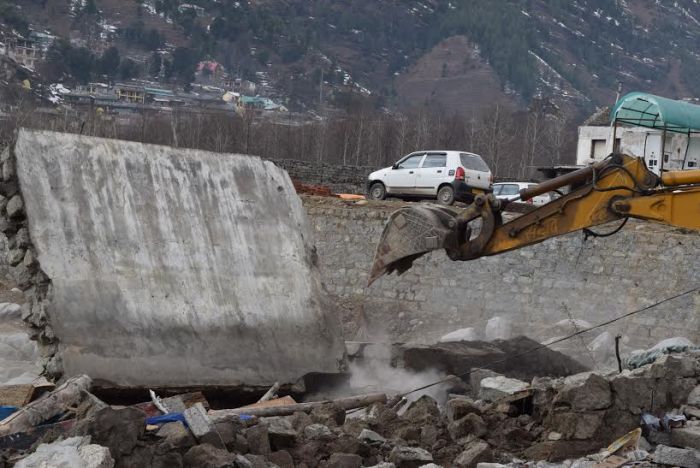 Yesterday, residents and occupants of the unauthorized structures stopped officials from the forest and revenue department, who were accompanied by a police force from removing the structures at Bahang. The protestors even resorted to shouting slogans against government.

“Being a livelihood matter, the unauthorized structure owners were no in a mood to clear out the encroached lands and we were under orders to implement the NGT directive. We have acted to get the land vacated after having served notice on the offenders, said Padama Cherring, Tehsildar Manali.

With the number of tourists heading for Rohtang Pass growing each year, the National Green Tribunal (NGT) has directed the state government to take serious steps for conservation of the fragile environment around the high altitude pass, especially in regulating traffic, construction of toilets, opening of eateries disposal of human waste and garbage. 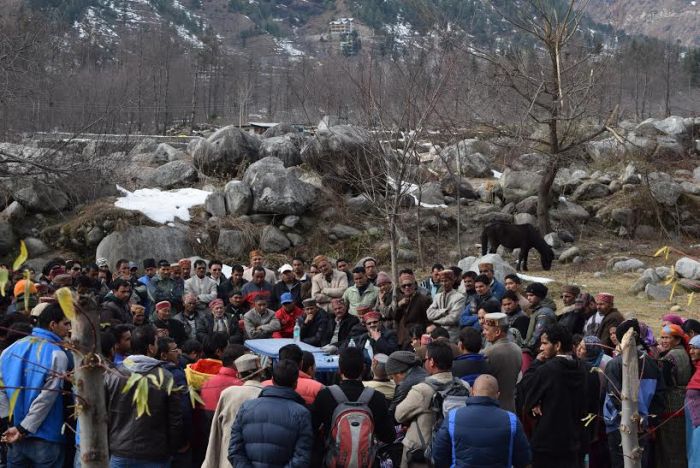 Up against the law, the owners of unauthorized structures did approach Govind Thakur, the Manali MLA, for help. The affected people believe that the government action was a violation of rights of local people.

Joining the protesters, Govind Thakur maintained that the Himachal government had not presented the real picture of Rohtang Pass before the National Green Tribunal (NGT) which had ordered removal of all illegal structures along the Manali-Rohtang road. 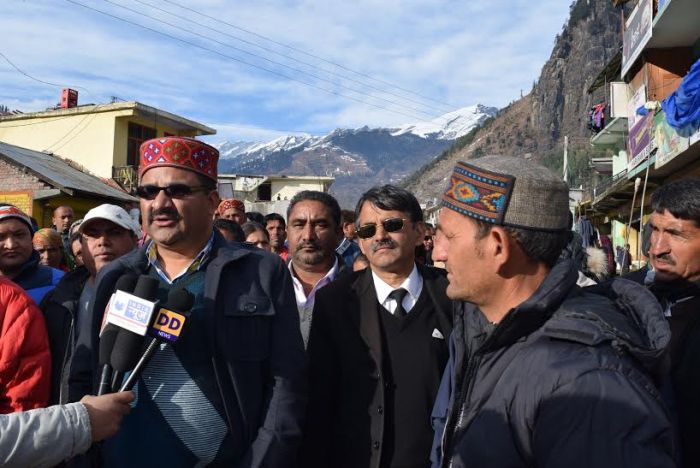 “We shall appoint a local counsel who will present the real face of the area before NGT. Till then the structures should not be demolished,” said Govind Thakur.

Vinay Dhiman, Manali Sub-divisional magistrate let Hill Post know that these were not orders of the state government but that of the National Green Tribunal. “We are helpless,” he said. “The affected people should approach NGT for protecting their interests on 8, January 2015,” he added. 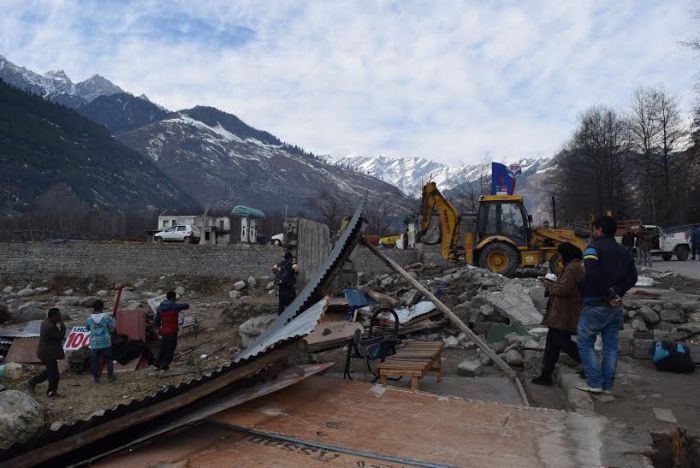 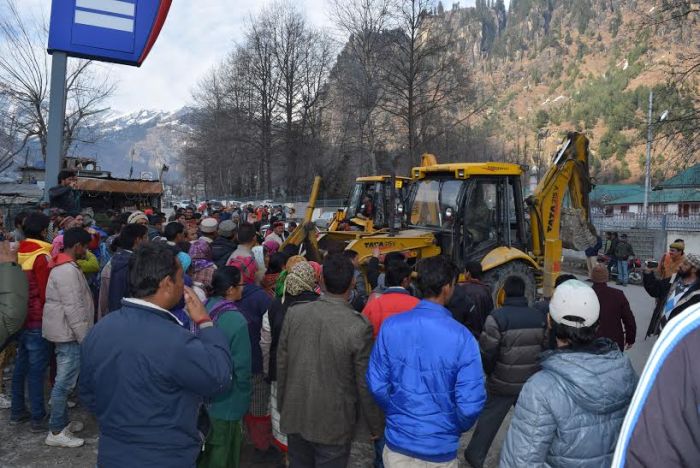 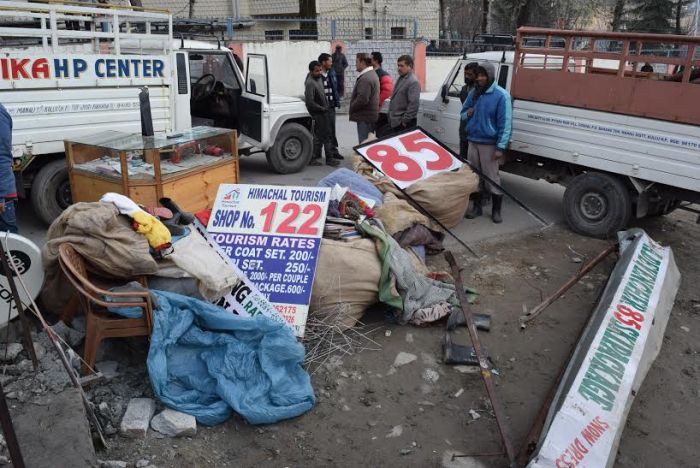 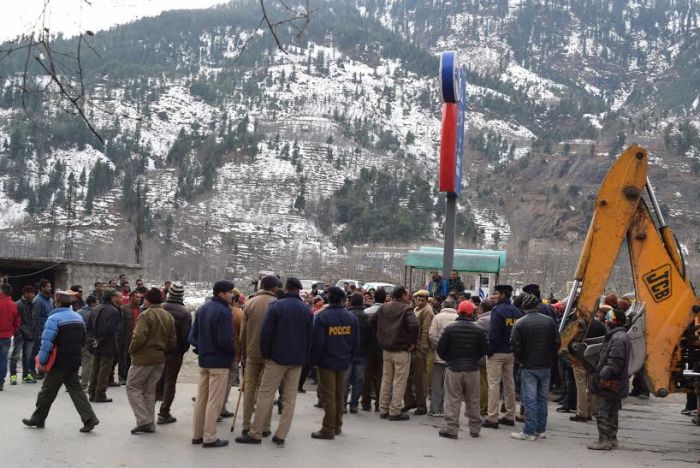