Its happened again in Delhi and probably would have been marked as just another statistic if the incident had not been connected to an MNC and high-end app. technology. The real tragedy, however, is that everyone – the government, the political parties, the media, the NGOs – are all running around like headless chickens, spouting the same cliches about women’s safety, demanding action against Uber, the police, the Transport Department, the Home Minister and so on. The grim truth is that this is not just about Uber or about the safety of women – this is about the complete collapse of the Delhi (and all other) police systems. Our public places have been vacated by the state and handed over to the criminals. It is being made to appear that the cause of the incident was failure of the verification process. This is all humbug and nothing but a red herring. Firstly, how many verifications is an ordinary citizen supposed to carry out? In Delhi we are already required to get our tenants, servants, drivers, casual employee etc. verified. Is this a police state? Isn’t this a tacit admission of the total failure of our law enforcement system, if every person is to be regarded with suspicion unless proved otherwise? If latent criminality has seeped into our society to such an extent that no person can be trusted without a police certification, then we are certainly entitled to ask the question – what has our police and judiciary been doing all these years? The very need for verification is an admission of their failure.Secondly, the verification process is an absolute farce. Pay Rupees two hundred (as Manish Sisodia  also stated in a TV programme yesterday) and you will get the certificate within twelve hours: refuse to pay and you will never hear from the police again. They have no data base and at best can only write to their counterparts in other states who can’t be bothered to reply. This does nothing to curb crime in its present form and only serves to generate more money for the police and provide an excuse (as in the present case) when something goes wrong.

Thirdly, any certificate can be replicated or forged by anyone within a few hours. In the instant case Yadav DID have a certificate – a forged one! It is common knowledge in Delhi university, for example, that students of a few neighbouring states seeking admission in a DU college saunter into the colleges, find out what the cut-offs are, and come back the next day with a mark-sheet showing the requisite marks! Fake driving licences by the hundreds are churned out in every city. My last driver had an unauthorised exact duplicate of his ( legitimate) licence: he couldn’t, therefore, be bothered if the police confiscated the original! What value can a certificate have in a country where even central ministers are charged with forging mark-sheets?

The order banning Uber is just a smokescreen. The accused, Yadav, had all the documents which the company was required to ask for. If he turned out be a serial rapist who had spent seven months in jail and had five other sexual molestation cases registered against him but was still roaming the streets like a predator its certainly not the fault of Uber. If he repeated the same offence he is alleged to have committed in 2012 then it is the fault of our judiciary which let him off in the first case, and of the police which fails to keep track of such potential repeat offenders. Women are routinely molested in all forms of public transport – shall we then ban all buses, taxis, auto-rickshaws, even the railways? Do we stop all economic activity in this country just because the police and the judiciary are unable to do the job they are tasked to do?

The simple truth, and the crux of the problem, is that the criminal administration system, especially in our cities, has fallen apart at the seams. Our streets and public places have been vacated by the police and handed over to the criminals. The incontrovertible proof lies in the grim statistics of crime in Delhi published by the Hindustan Times on 27th November. In the last one year crime has gone up by 100%! Street crimes such as robbery, snatching and vehicle thefts have increased by 513%, 137% and 61% respectively. Burglary has gone up by 337% and dacoity by 240%. Every single day 400 citizens of Delhi fall prey to some crime or the other. If this is not a damning indictment of the top brass of the Delhi police, the Lieutenant Governor and the Home Ministry I don’t know what else it is.

It is self-evident that there has been a complete abdication of leadership by the senior police officers: they are bereft of ideas, strategies or even commitment. Crime on the street is not their priority – providing security to VVIPs and attending meetings is. There are no policemen on the streets, there is no patrolling or beat system, there is no proactivity, PCR vans are generally found parked at tea stalls with their occupants lounging around. This abject lethargy flies in the face of the experience of urban police forces all over the world, and the one lesson they have all learnt: that if you can control the relatively smaller violations on the streets, you can generate an atmosphere of obedience and respect for the law, and prevent more serious and major crimes. This concept is now known as the “Broken Window” concept: catch the guy who breaks a shop window and you may prevent him from graduating to a murderer or rapist tomorrow. This strategy was popularised by Mayor Rudy Giuliani and his Police Commissioner Bill Bratton in New York in the mid-nineties: its soundness was proved by the fact that violent crimes in New York city fell by 30% in just one year, and murders by 50%.
Such a result, however, requires dedicated effort and leg work on the streets, which our police force is clearly incapable of.
Most street crimes (and even more heinous ones) are committed by repeat offenders or people who are out on bail. The police are required to keep a regular surveillance on these elements which by itself acts as a deterrence – but they can’t be bothered. Every police station maintains a register (BC register) of bad characters whose activities are supposed to be monitored  and homes  regularly visited – this never happens nowadays. Every SHO is supposed to develop an intelligence network in his area to keep tabs on criminal activities and the persons involved: this helps him prevent crimes before they occur or to solve them if they do occur – quite obviously, as the crime graph shows, this is considered a waste of time. These are the three time honoured basics of policing and if even one of them had been observed in the Uber case, the incident could have been prevented. 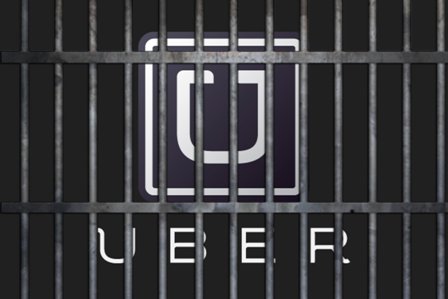 We don’t need pontifical Police Commission reports or harangues from the Supreme Court on autonomy of Police Commissioners and DGPs to improve policing. We just need to go back to the basics. We need to appoint officers on merit, not on the basis of their contacts, political affiliations, favours rendered or money paid. We need to have a relook at the recruitment of the constabulary, right up to the level of sub-inspectors. The present lot is undisciplined, avaricious, unskilled, corrupt and riddled with the caste and gender prejudices of the social milieu from which they have come. Since they comprise 94% of the police force, nothing will improve unless the constitution of this rank and file is changed. The government should seriously consider reserving 50% of these posts for retired ex-servicemen. Jawans retire by 35 and there is no better disciplined or dedicated material available for the police. Their induction shall, in a very short time, bring a professionalism, impartiality and probity to the police that it is completely missing today, and make it much more effective. The idea will, of course, be fiercely resisted by all politicians and senior police officers whose apple carts it is likely to up-end, but it must be considered seriously.
Crimes in a complex society of 1.2 billion people and 29 states cannot be prevented or controlled unless there is a comprehensive and real time data bank available to the enforcers of the law. There should be a national registry of all convicted criminals, persons charged with crimes, accused out on bail: this could be referred to before granting licences or for verification purposes by employers. Had such a registry been available, Yadav would have neither obtained a driver’s licence nor a contract at Uber. There should be a similar on-line registry or data bank of driving licences issued or cancelled throughout the country to address vehicle related offences which appear to be spiraling  out of control. The government itself has admitted that 30% of driving licences are fake! The bed rock of these registries should be the Aadhar card whose biometric features will make the data virtually fool-proof.
The time has come for the country to have a sane discussion on how to get a grip on a crime graph that is galloping out of control and on a police force whose incompetence is reaching Haiti like proportions. Let us not continue to hide behind excuses like social mind sets to explain away rapes, or free registration of FIRs to explain away increase in dacoity or kidnappings. Let us not further delude ourselves into thinking that we have resolved these problems by creating Nirbhaya funds or by banning radio taxis. Because the problem lies within the edifice of government, not outside it. Change the edifice before it comes crashing down on all of us.