A case of gross negligence, where the states authorities have been found wanting in preventing a big fraud, has come to light when a fly by night IT company, entrusted with setting up Government to Citizen (G2C) and Business to Consumers (B2C) services in 9 of the state’s 12 districts, has vanished after having collected billing worth crores of rupees on behalf of government agencies. 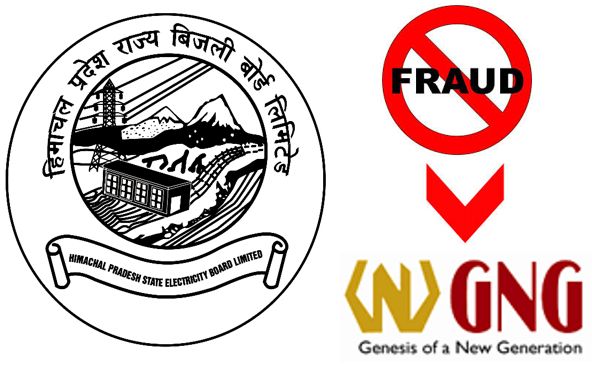 The Himachal Pradesh State Electricity Board (HPSEB) recently found itself in an embarrassing situation when a Gurgaon based company they had hired, fled with over Rs 14 crore (one report put it at Rs 20 crore)  of their money. The fraud occurred after the board management had awarded a contract to the Gurgaon based GNG company for colleting the electricity bill arrears from the people of Himachal Pradesh.

However, it seems GNG Company had its own ulterior plans and decided to go AWOL with over Rs 14 crore that it collected as electricity bill payments from people in the state. So far all efforts to trace the GNG company management have been futile and led to a dead end.

The company had in the initial time period of the contract agreement, deposited all the electricity arrears collected into the account of the state electricity board. Soon after though, the company started diverting all the money into its own accounts, suddenly wound up operations and soon after left with the accumulated amount.

Meanwhile, the cheques presented to HPSEB management by GNG company all bounced raising heckles for the board which is already incurring losses. The HPSEB management has claimed that they were not caught unaware but acted as soon as they found out about the discrepancies being committed by GNG Company.

HPSEB management has through its IT cell filed an FIR with the police and the investigations are said to have commenced into the whole matter. To put further pressure on the Gurgaon based company, HPSEB has got GNG blacklisted.

Along with being involved with the state electricity board, GNG has also over the years managed to win other favors from the Govt. of Himachal Pradesh. A resolution dated on 30.12.2008 had the Consortium of M/s  Tera Software Limited, Hyderabad and M/s GNG Trading Co. Pvt. Ltd., Gurgaon awarded a contract from SITEG, Government of Himachal Pradesh (GOHP) for the project to set up, manage and operate the Common Service Centers (Gram Sugam Kendras) on Built Operate and Own (BOO) basis.  The aim of the contract was for providing convenient and speedy Government to Citizens (G2C) and Business to Consumers (B2C) services to the citizens of Himachal Pradesh in nine districts i.e. Shimla, Solan, Sirmour and Kinnaur of Shimla Division and District Bilaspur, Hamirpur, Kullu, Mandi and Lahul & Spiti of Mandi Division.

With the recent developments, the future of these Gram Sugam Kendras remains unclear.

GNG Trading Co. Pvt. Ltd. is said to have its Head Office located at Village Babupur, Near Daultabad, Gurgaon, Haryana.  Questions however, still arise as to why the authorities allowed for such a fraud to take place right under their noses and as to why HPSEB did not enquire about the electricity bill payments it was bound to have received earlier from the company.